The Spanish champions have already been busy in this summer’s transfer window, bringing in Aurelien Tchouameni from Monaco.

They have decided not to move for Bellingham this summer as they want to gradually build their new-look midfield. 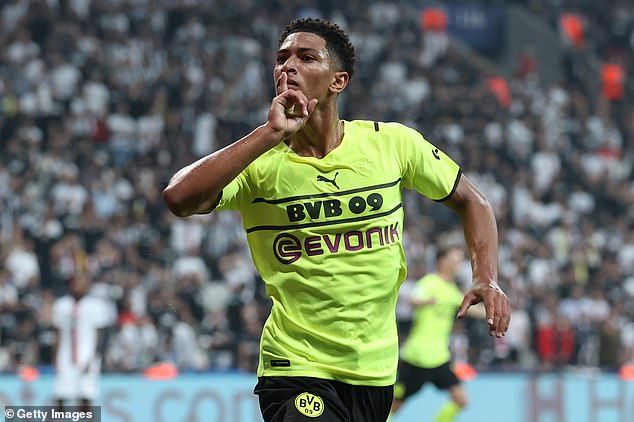 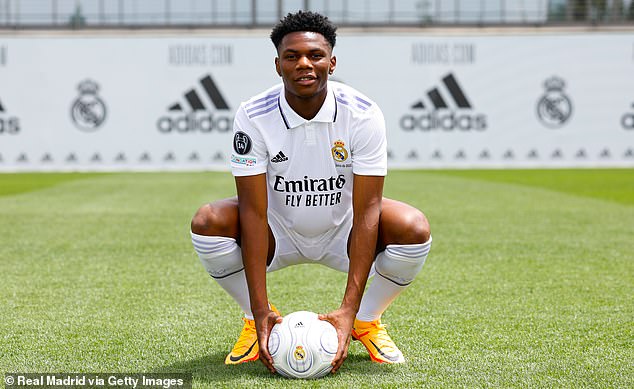 If they sign Bellingham, Real Madrid will likely play him alongside Aurelien Tchouameni 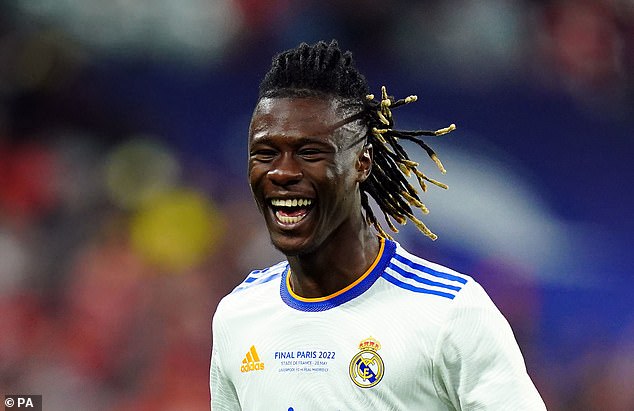 Bellingham could also be used alongside fellow wonderkid Eduardo Camavinga

However, they are determined to sign the Englishman in 2023, and play him alongside Tchouameni, 22, and Eduardo Camavinga, who is still only 19, according to AS.

Real Madrid also have Federico Valverde, who set up their Champions League final winning goal last season, in their ranks, and he does not turn 24 until next month.

Los Blancos have a remarkable record in Europe in recent years, having won the Champions League on five occasions in the last nine seasons.

Their success has been built around the midfield trio of Casemiro, Toni Kroos and Luka Modric.

All three are now into their thirties, though, and the latter two only have one year left on their respective contracts. 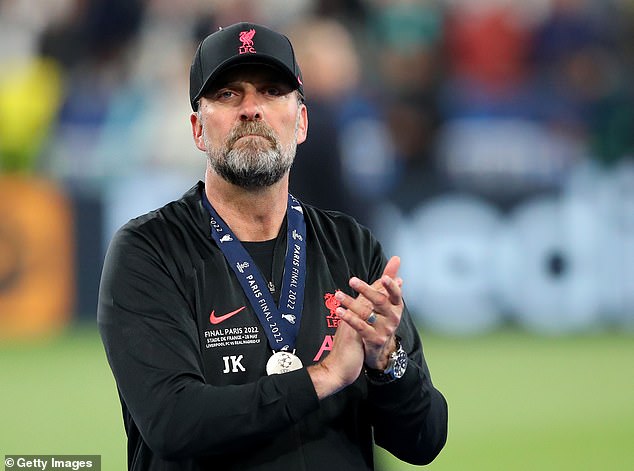 Real Madrid are aware that these players cannot continue forever, and already appear to have one eye on the future.

It is understood that Bellingham would likely cost around €100million (£85m), although the Spanish giants may opt to try an initial bid of €90m (£77m).

They are set to face competition for his signature from Premier League duo Liverpool and Chelsea, who could be willing to spend nine figures on the teenager to tempt him back to England.

Bellingham still has three years remaining on his current deal at Dortmund, and does not have a release clause in his contract, leaving the German outfit in a strong position at the negotiating table.

The all-action midfielder turns 19 on Wednesday, but has already established himself as one of the brightest talents in European football, having made 89 appearances for Dortmund over the last two seasons, while also picking up 15 caps for his country.