Real Madrid are ready to pounce on the uncertainty surrounding Harry Kane’s future with a huge offer including Gareth Bale and James Rodriguez. Tottenham were in prime position to kick on ahead of this season after reaching the Champions League final last year.

But the club endured a disastrous start to the campaign, which ultimately led to Pochettino being sacked in November with the club languishing in the bottom half of the table.

They have since been knocked out of both the Champions League and FA Cup, losing to Norwich on penalties in the latter with the club once again going trophyless for the season.

The last time Spurs won any silverware was back in 2008 when Juande Ramos led them to glory in the League Cup. 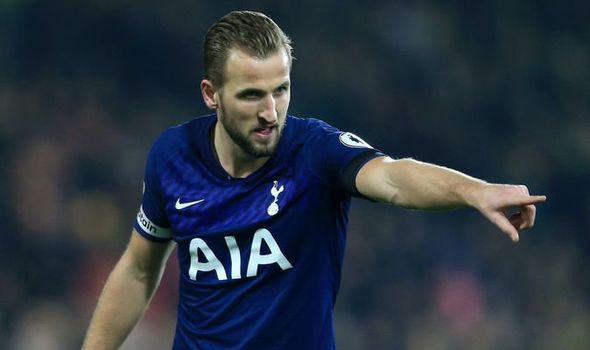 And for Kane, it appears as though the lack of trophies has led to him having itchy feet in north London.

That has alerted Real Madrid, who have held a long-standing interest in the England international.

According to Mundo Deportivo, the La Liga giants are considering making an approach this summer.

It is said Real are cautious of dealing with Daniel Levy after their dealings with the Tottenham chairman on deals for Bale and Luka Modric in the past.

But Kane’s recent admission that he could leave the club along with the current financial situation due to the coronavirus pandemic has given Real hope they could potentially swoop in this summer.

The Spanish club wouldn’t be able to afford Kane with one lump sum though and they’re prepared to sweeten the deal by sending Bale back to Tottenham, along with Colombia international Rodriguez.

Rodriguez has struggled to meet expectations since his big-money move to the Bernabeu in 2014. 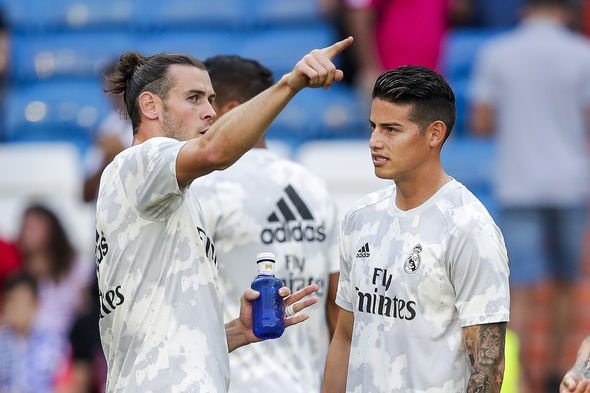 He was sent out on loan to Bayern Munich for two years in 2017 but the Bundesliga side opted against making a permanent switch.

Bale meanwhile remains a divisive figure in Madrid, with fans booing the Welshman earlier in the season after he was pictured holding a Wales flag which read “Wales. Golf. Madrid. In that order”.

He has been linked with a move away from Real for several years now, but his wages remain a sticking point for many clubs.