Real Sociedad 0-2 Atletico Madrid: Diego Simeone’s side open up three point gap at top of LaLiga thanks to goals from Mario Hermoso and Marcos Llorente

LaLiga leaders Atletico Madrid consolidated their title bid by beating third-placed Real Sociedad 2-0 away on Tuesday thanks to second-half goals from Mario Hermoso and Marcos Llorente.

The game failed to live up to its billing in a drab first half but Atleti broke the deadlock early in the second when defender Hermoso headed home a free kick from Yannick Carrasco.

The visitors added to their lead with a vicious strike from Llorente after a lay-off from Luis Suarez. 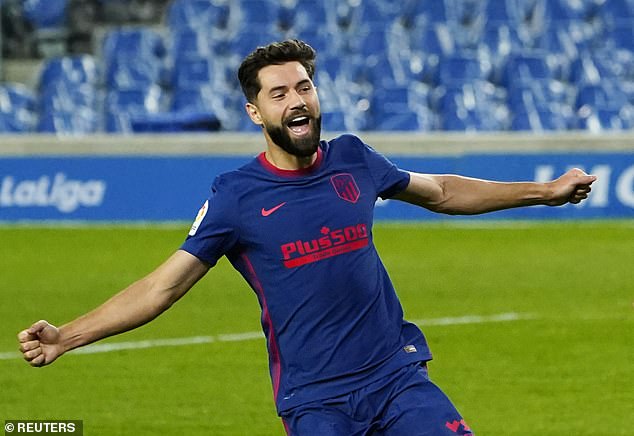 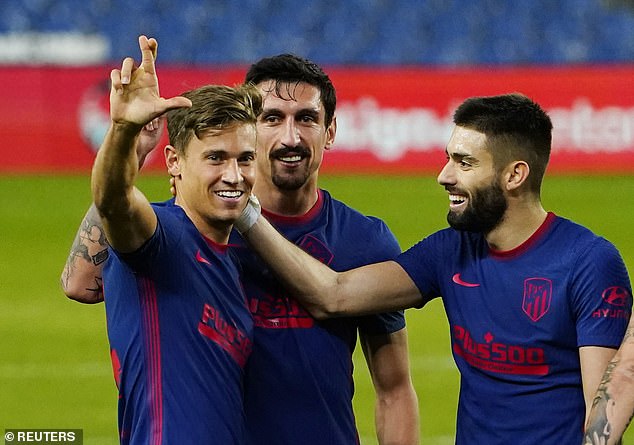 Real Sociedad were boosted by the return of playmaker David Silva from injury but struggled to create much danger and did not manage a shot on target until Atletico keeper Jan Oblak tipped a Martin Merquelanz free kick around the post late on.

In a meeting between the front-runner and the sensation of the league this season, Atletico put on another dominant performance in defence and attack to show why they are the early title favourites.

Diego Simeone’s team did not generate much in attack, but took full advantage of their best scoring opportunities, and their much heralded defence remained airtight from start to finish.

Hermoso headed in a free kick by Yannick Carrasco to put the visitors at San Sebastian ahead four minutes after halftime. Llorente put the result beyond doubt in the 74th minute with a powerful strike from the edge of the area. 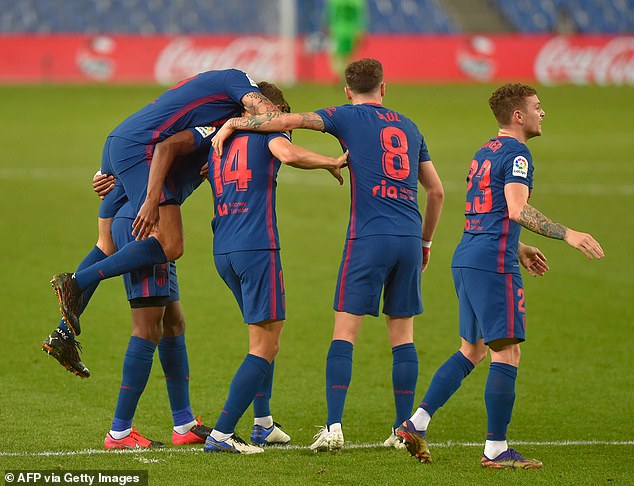 The Basque Country club had led the league earlier this season but have now gone six games without a victory.

Atletico have played one more game than city rivals Real and three more games than Sociedad.

Fifth-placed Barcelona visit Valladolid on Tuesday evening, needing a win in order to not fall further behind.