‘It’s like a backpass and he HAS to save it!’ Jamie Redknapp SLAMS Jordan Pickford for ‘really poor mistake’ as the Everton goalkeeper’s huge error costs his side in defeat to Tottenham

Jamie Redknapp has criticised Everton goalkeeper Jordan Pickford after the Toffees were beaten by Tottenham.

The game was goalless up until the 59th minute but Harry Kane put Tottenham ahead with a penalty after he was fouled by Pickford.

Pickford had failed to deal with a long-range shot from Matt Doherty in the build-up to the incident. 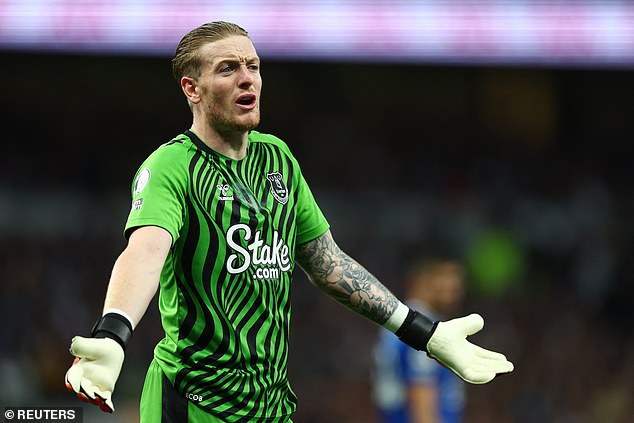 Redknapp described the error made by Pickford as ‘really poor’.

Speaking on Sky Sports, Redknapp said: ‘What it boils down to is a goalkeeper making a really poor mistake. It’s a backpass, he has to save it, once you go one-nil down at White Hart Lane, then it was really only one winner.’

Pierre-Emile Hojbjerg made it 2-0 to Tottenham late on, and Redknapp felt that Tottenham boss Antonio Conte deserved a lot of credit for a substitution he made early in the second half. 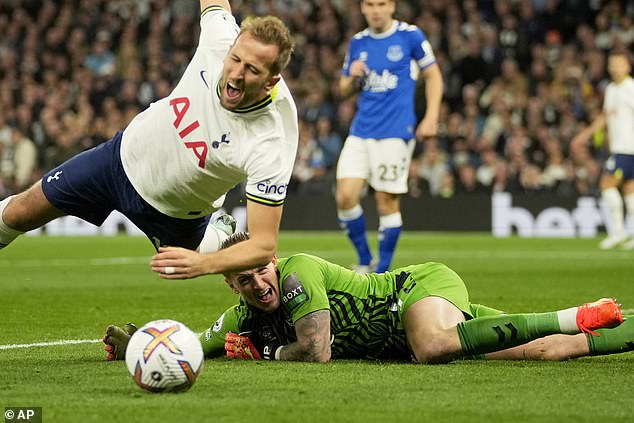 Richarlison hobbled off with a calf injury in the 52nd minute but rather than turn to one of the attacking options on the bench, Conte elected to call upon an extra midfielder in Yves Bissouma.

The introduction of Bissouma helped Tottenham to gain more of a foothold in midfield and proved to be important in dictating the overall outcome of the game.

Redknapp said: ‘Huge result and I think the manager deserves a lot of credit. He made a good substitution in a game that didn’t look like it was going anywhere, he could have gone with Bryan Gil after he lost Richarlison or Moura but he decided to thicken up the midfield, get an extra body in there, get wingbacks up and I think when you play a 3-5-2 it gives you that extra man in midfield. 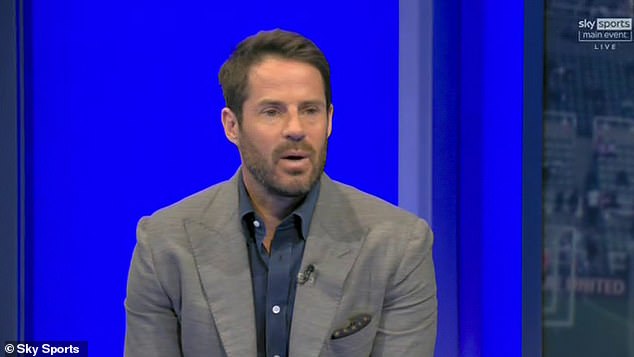 ‘Hojbjerg made that point himself because it was hard for them in the first half. He [Conte] deserves a lot of credit because he made a really good substitution.’

Following this result Tottenham are in third place in the league, one point behind leaders Arsenal who are in action on Sunday as they face Leeds away.

Tottenham, who have now won their last three games in a row in all competitions, face Manchester United away on Wednesday.