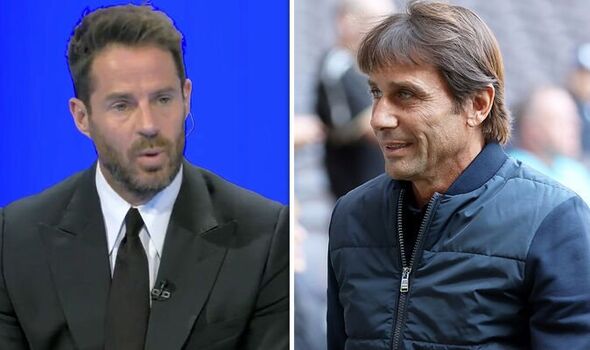 Tottenham boss Antonio Conte will need to strengthen both wing-back positions in the next transfer window, claims ex-Spurs midfielder Jamie Redknapp. The pundit believes they are the only two areas Conte needs to improve upon.

Tottenham are flying high in the Premier League table and remain unbeaten seven matches into the campaign. Saturday’s 6-2 victory over Leicester saw Son Heung-min score a stunning hat-trick off the bench.

North London rivals Arsenal are next up after the international break. Redknapp is hugely impressed by the depth of Spurs’ squad in some areas but is still concerned about the wing-back positions.

He said on Sky Sports: “He’ll just be hoping all his players come back [fit] from international duty, huge game against Arsenal coming up. But Spurs do look very good, the options they’ve got off the bench and the players that are starting going forward are just a joke.

“I only worry about the wing-back areas, I’m sure that’s an area he will want to strengthen given time. But so much to look forward to for Tottenham at the moment.”

Conte signed Ivan Perisic and Djed Spence in the summer to add to his options out wide, though the latter has barely featured so far. Perisic and Ryan Sessegnon started at wing-back against Leicester, with Emerson Royal coming on as a second-half substitute.

Meanwhile, Son’s three goals were his first strikes of the season. Redknapp hailed the South Korean after the match after proving his doubters wrong.

He added: “I’m not sure Son would perhaps agree with that plan of doing that every week, bringing him off the bench, because he wants to start, they all want to start. But you have to make big decisions, that’s why he’s one of the best managers in the world. 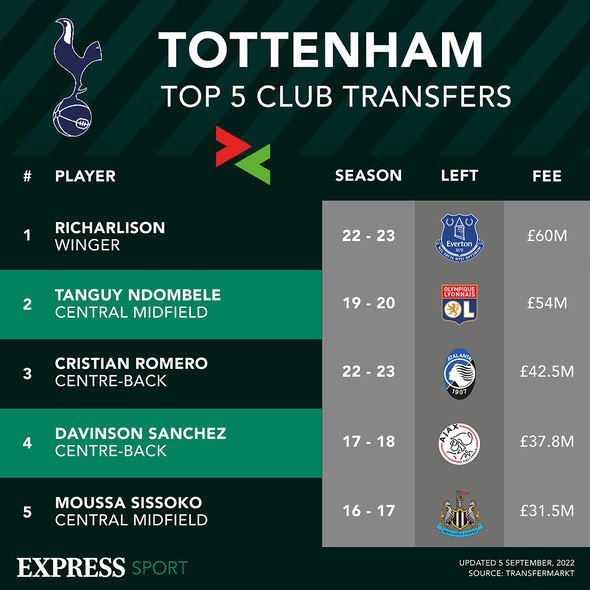 “The saying ‘form is temporary, class is permanent’ has never been more appropriate for what he did. We were doubting him before the game.

“Great players want to play football. He is a very special player and that’s the right way to react when you get left out.

“Spurs have so many great options and you have to buy into that, it’s not about the individual player, it was always Son and Kane, now there’s other options.

“That’s exactly what you need to buy in. That’s the perfect example of what to do as a player. You have to say to Conte, he got it right.”