PICTURED: £250k-a-week Chelsea star Reece James boards a £29 EasyJet flight home after a day off in Italy celebrating their win over AC Milan… and even splashes out £11 on extra legroom for his injured knee!

Professional footballers are known for taking private private flights with their teams before and after Champions League games, so passengers on a budget EasyJet flight would have been stunned to see an England international sitting among them.

Chelsea star Reece James was pictured on the 10pm flight from Milan Malpensa to Gatwick Airport on Wednesday evening.

Though the defender earns a staggering £250,000-per-week, James decided to take the cheap route home, on a flight which at the same time next week, would cost just £29. 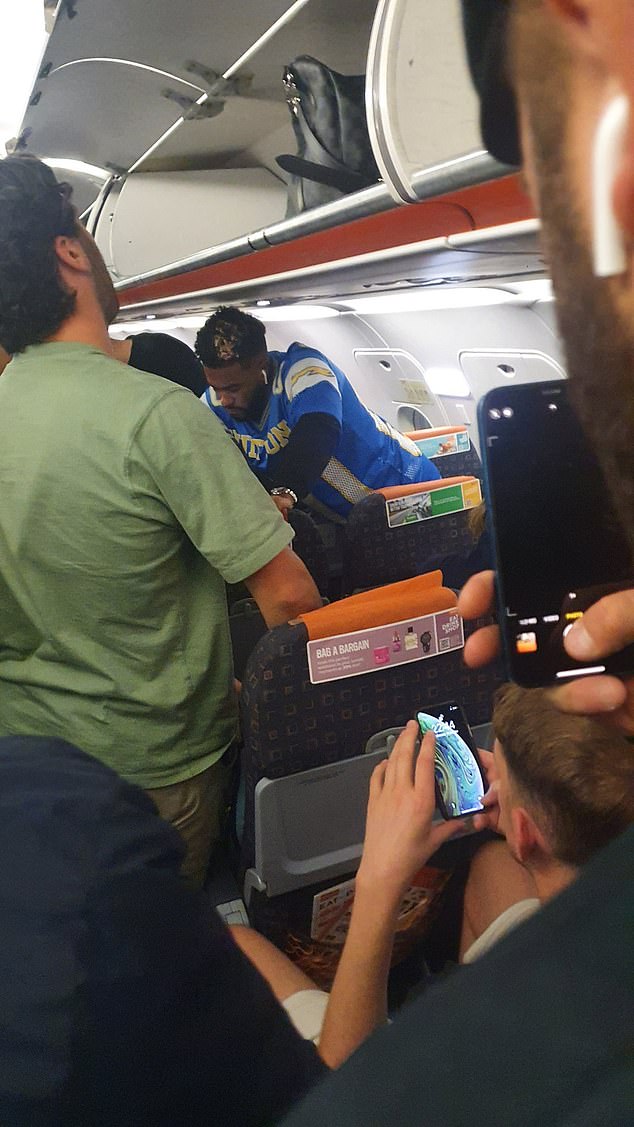 James was travelling alone after spending an extra day in Italy, in the aftermath of suffering an injury in Chelsea’s 2-0 victory over AC Milan at the San Siro.

Concerns over the severity of James’ injury have been eased since the victory in the Champions League, with the Evening Standard reporting he could be back in action as soon as next week.

Chelsea fans will have been glad though that James spent extra on leg room given his knee injury, something which would cost an additional £11 on the 10pm EasyJet flight from Milan Malpensa next week.

He was said to be seen on the flight signing autographs for other passengers.

A number of pictures of James have circulated on social media, one of which he is seen posing with a Chelsea supporter in Milan before the flight back.

The fan captioned the photo on Twitter: ‘Nice to wrap up a good two days in Milan, Bumping into the best Right back in the world.’

James is seen wearing a Louis Vuitton top, which he is also seen wearing in other pictures while aboard the plane.

While he didn’t splash much on his return home, the Louis Vuitton top he is seen wearing costs a staggering £780.

The Evening Standard’s report suggests James is likely to miss Sunday’s trip to Aston Villa, but it is hoped he will be back to face either Brentford on Wednesday or Manchester United next Saturday.

The good news about James is also a boost for England manager Gareth Southgate, who will have been sweating on the severity of the injury ahead of next month’s World Cup in Qatar. 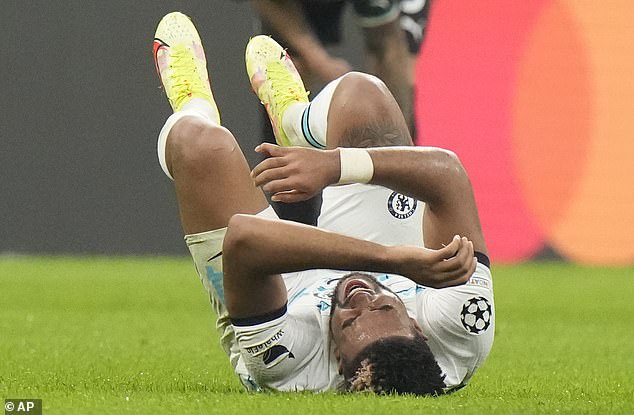 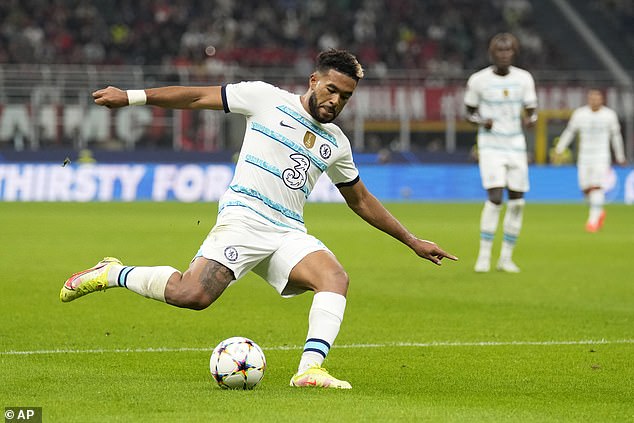 England have been spoilt for choice at right-back but Southgate has seen James, Kyle Walker and Trent Alexander-Arnold struck down with injury.

Walker faces a race to be fit in time for the World Cup in Qatar after undergoing groin surgery, while Alexander-Arnold faces two weeks out with an ankle injury.

The 23-year-old had offered some positive signs that his injury wasn’t a serious one on Tuesday as he applauded the supporters after the final whistle before tweeting: ‘Fingers crossed it’s not a bad one.’

Chelsea manager Potter was also optimistic. Speaking after the game he said: ‘We’re hoping he’ll be okay, it’ll be 24, 48 hours to find out, so it’s too early to give you anything more than that.’