‘Those of us fit and well have a responsibility to help out’: Premier League referee Anthony Taylor following medic sister in helping NHS during coronavirus fight

Anthony Taylor is used to being the one who gives the orders.

The Premier League referee and former prison officer feels at home in command, directing those around him. Even his dog is named after Field Marshal Montgomery.

That is soon to change. 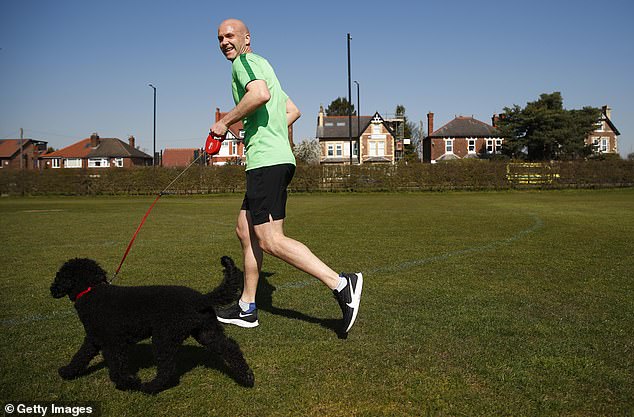 Last week, the Prime Minister launched an appeal for 250,000 volunteers to help the NHS in the fight against the coronavirus. Within 24 hours, the Government had reached their target. Taylor was one of the first.

The call to arms, which has now been taken up by more than half a million people, will see volunteers perform tasks given to them such as ferrying food to those who are in isolation or driving medical equipment between hospitals. Taylor did not have to think twice before signing up.

‘At times like this, sport pales into insignificance compared to the number of people getting ill and dying,’ he told Sportsmail. 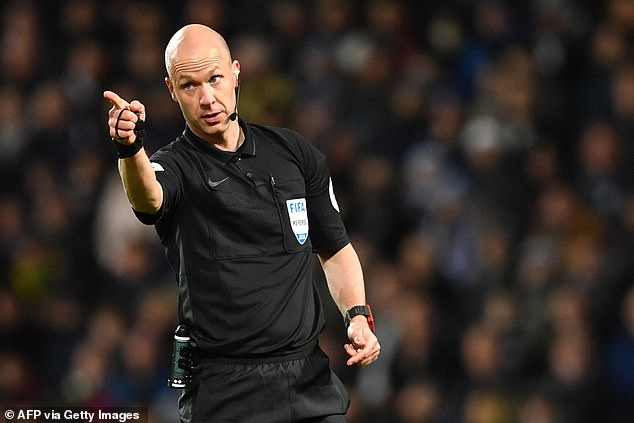 ‘I know a lot of people who are involved in treating people. Those of us who are fit and well, and where it does not hold an increased risk, we all have some form of social responsibility to help out.’

7pm-10pm: Netflix and Cards Against Humanity

Taylor’s sense of duty is strengthened by family bonds. His sister Kate is on the frontline, as an acute medicine consultant. She is working long hours, seeing patients when they first come into the hospital. The number is growing by the day.

‘The guys and girls who work in the hospital, their commitment, dedication and strength of character is second-to-none. They are probably equally frustrated with the people who are not listening to the advice.

‘It is going to be tough for every single person over the coming months, especially people who on the front line working in the NHS. I don’t think any of us can really contemplate the kind of stuff they are going through.

‘That is the key in all this, to try to reduce a sudden spike in cases that would just overwhelm the hospitals. People just need to do as they are asked and stay home. That is the biggest favour anyone can do for the people who are working in the NHS.’ 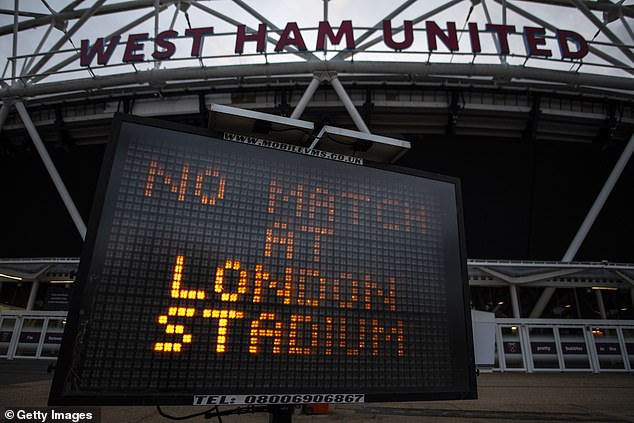 At some point, though, sport will continue. When that will be is anyone’s guess. At the moment, all league football is postponed until at least April 30 with any realistic re-start date way beyond that.

Just as the players must keep fit during this indefinite period so they are ready to return when football’s doors open again, so too do those in the middle of the action.

Referees are sent a weekly fitness schedule by the PGMOL, with their performances monitored through GPS trackers to make sure they keep up the pace. A mix of stretches, runs, a bit of yoga. They access an online archive of action clips to maintain their sharp eye while all the top officials convene for a weekly video conference call. 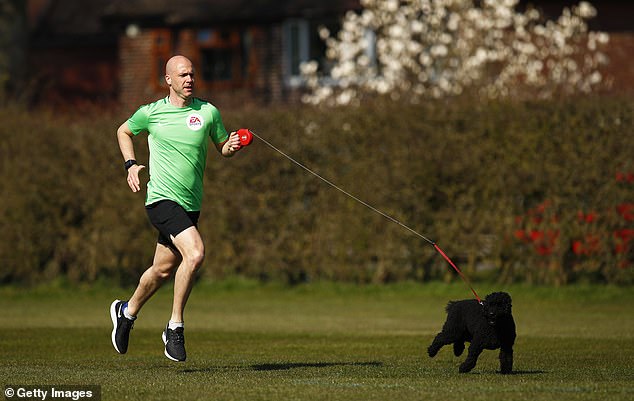 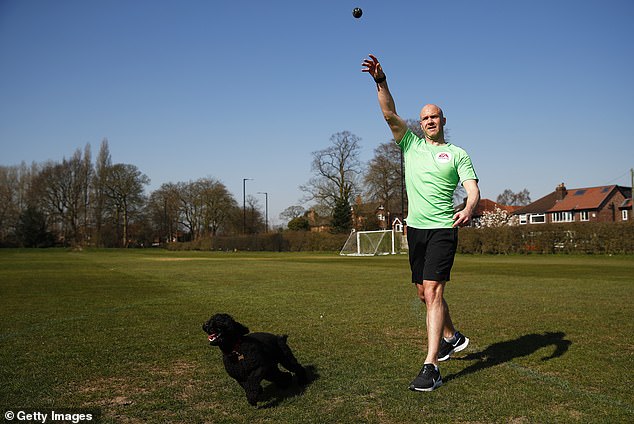 Taylor balances his among between homeschooling his two 16-year-old daughters and evenings watching The Stranger or Save Me on Netflix and playing Cards Against Humanity with the family.

He has been combining his running tasks with taking out the family’s one-year-old cockapoo Monty around his home own of Altrincham . ‘He runs ahead of me most of the time! He thinks all his Christmases have come at once having everyone in the house.’

As well as the weekly conference calls, the referees have their own WhatsApp group. That raises even more questions. Who tells the jokes? Does Mike Dean always try to be centre of attention on there as well?

‘The banter is always good but you would never expect me to divulge details, surely,’ laughs Taylor. ‘The usual characters…’ 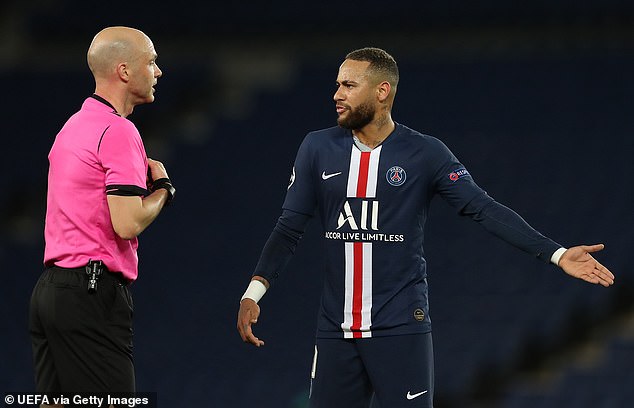 It has been two weeks since football pulled down the shutters. Just before it did, Taylor took charge of the Champions League game between Paris Saint-Germain and Borussia Dortmund that took place behind closed doors, which he describes as ‘a very strange experience’.

How enjoyable is it, though, to have had three weekends now without any VAR complaints?

‘It is there to make a positive impact and it will take time to bed in. We always expected to have lots of debates surrounding it. Anyone who thought it would be perfection had unrealistic expectations. Of course things can always be improved.

‘People also need to gain a better understanding of the protocols and how they are implemented. A lot of the suggestions to change VAR we have heard in the last few months don’t fit within that. Or it is not VAR that is the problem, it’s the laws of the game that are the problem now.’ 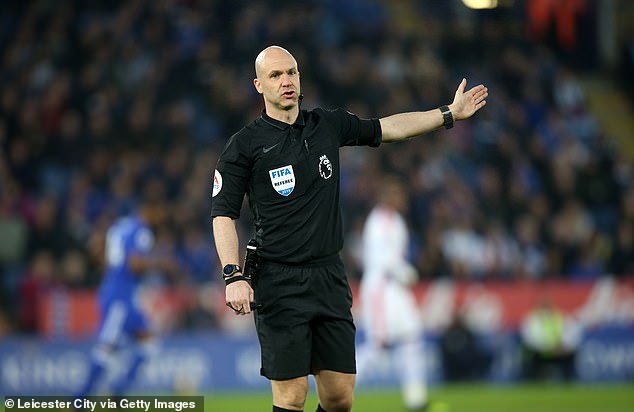 Before becoming a referee, Taylor worked as as a prison officer, focusing on control restraints

Before his life as a referee, Taylor worked as a prison officer, specialising in control and restraint techniques. For his last five years in the profession he was at Styal, a women’s prison in Cheshire, in the segregation unit, where some of the most violent inmates are kept apart from others.

‘It had a huge impact on me,’ says Taylor. ‘Severe levels of violence and mental health problems contribute to lots of people self-harming, lots people trying to kill themselves, a lot of people wanting to cause serious harm to each other.

‘Not many people would cope with opening a cell door and finding someone trying to kill themselves or have killed themselves.’

The affect was so profound, Taylor is still involved with the prison service. His wife Anne-Marieworks at Styal and Taylor is a patron of Prison Me No Way, a charity that uses ex and current offenders to help educate young people of the dangers of knife crime, drugs and the impact going to prison can have on their lives. 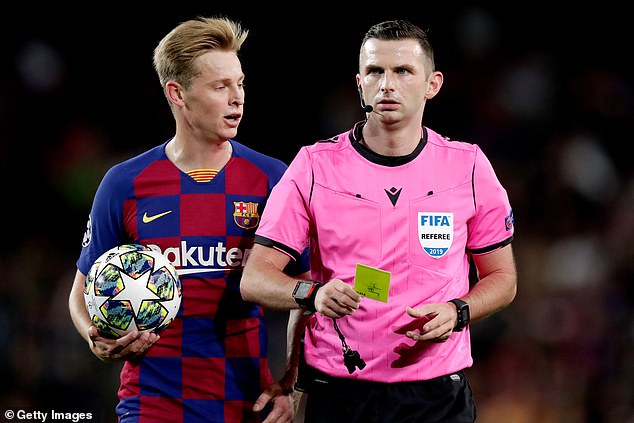 Football’s hiatus has not only seen question marks put over when the current season will be completed, if at all, but it has also seen the European Championships postponed by a year. Taylor, alongside fellow Premier League referee Michael Oliver, are the two English referees in with a chance of officiating at the tournament.

‘In the context of everything that is happening in the world, everyone’s health and wellbeing is far more important than a football match. Everyone wants the current situation to be brought to a safe conclusion, whether that is in four weeks or 44 weeks, it doesn’t matter.

‘When people decide the time is right for games to start again and it is safe, football in particular, should be used as a vehicle to re-engage and motivate people.

‘Everyone is waiting for games to start again but only when the time is right. You cannot rush it.