Vincent Aboubakar earned his side a memorable late win against Brazil with a stunning header on Friday evening, before receiving what must be the most kind-hearted red card in football history.

Aboubakar scored the only goal of a largely uneventful game against Brazil with a brilliant header back across goal, before sprinting to the corner flag and ripping off his shirt in celebration.

However, having been booked prior to his stunning finish, he was then shown a second yellow by referee Ismail Elfath, who smiled and congratulated the striker before showing him the red card that saw him leave the field. 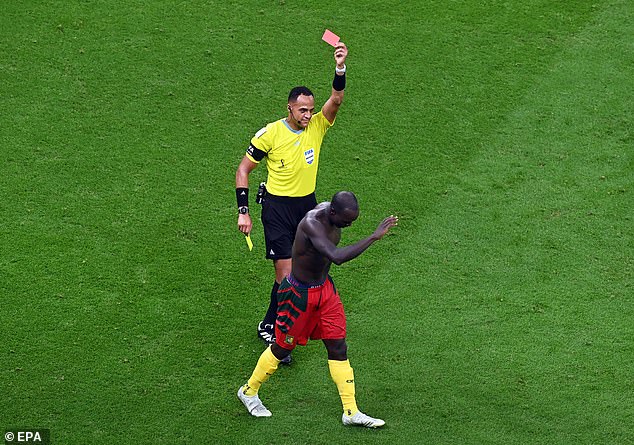 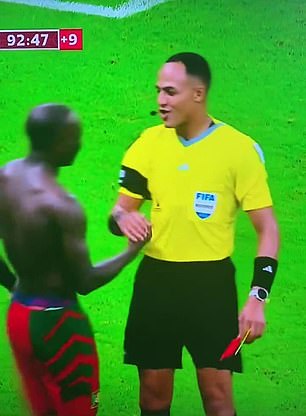 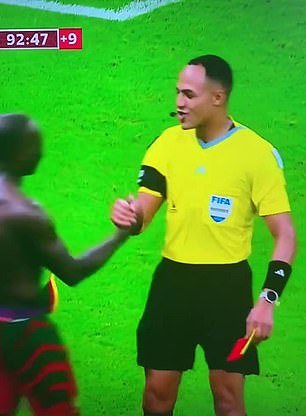 After scoring the winner he was greeted by an almost apologetic Elfath who gestured to his heart as if to say sorry for what he was about to do.

The American then shook the forward’s hand and tapped him on the back of the head, lifting first the yellow, then the red over his head to send him off.

Aboubakar lifted his arm up towards the crowd before following his marching orders, but – perhaps surprisingly – smiled as he went. 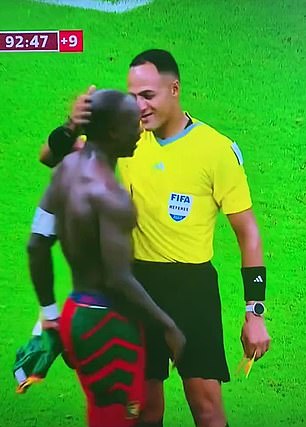 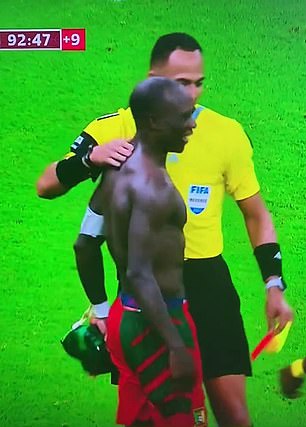 The Indomitable Lions needed to beat Brazil – which seemed unlikely ahead of kick-off – and required Switzerland to not beat Serbia in the other game if they were to make the knockout rounds.

And having done all that he could for his side, Aboubakar was naturally elated as he thought he had headed his side through, given that Switzerland were level at half-time – the last opportunity the skipper will have had to check the scores.

However Murat Yakin’s Swiss side held on to a 3-2 win in a feisty conclusion to the group stages, which ultimately rendered Aboubakar’s effort meaningless. 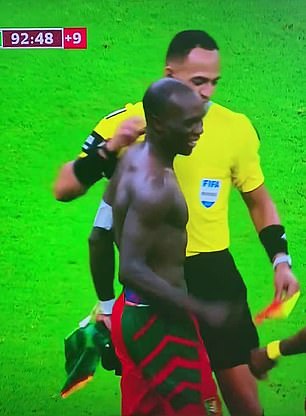 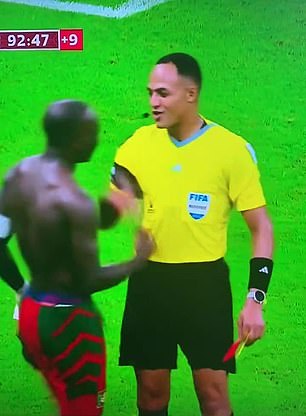 However, although Rigobert Song’s men may be heading home early, they do so with an almighty scalp in their luggage after defeating the pre-tournament favourites.

Next up for Brazil though is a round of 16 clash with South Korea on Monday, after Son Heung-min and co pulled off a 2-1 win to beat Portugal and eliminate Uruguay.

Tite had made several changes to his side, awarding the armband to Dani Alves as he became Brazil’s oldest ever captain on the night that saw them struggle for fluidity and lacking a clinical cutting edge.