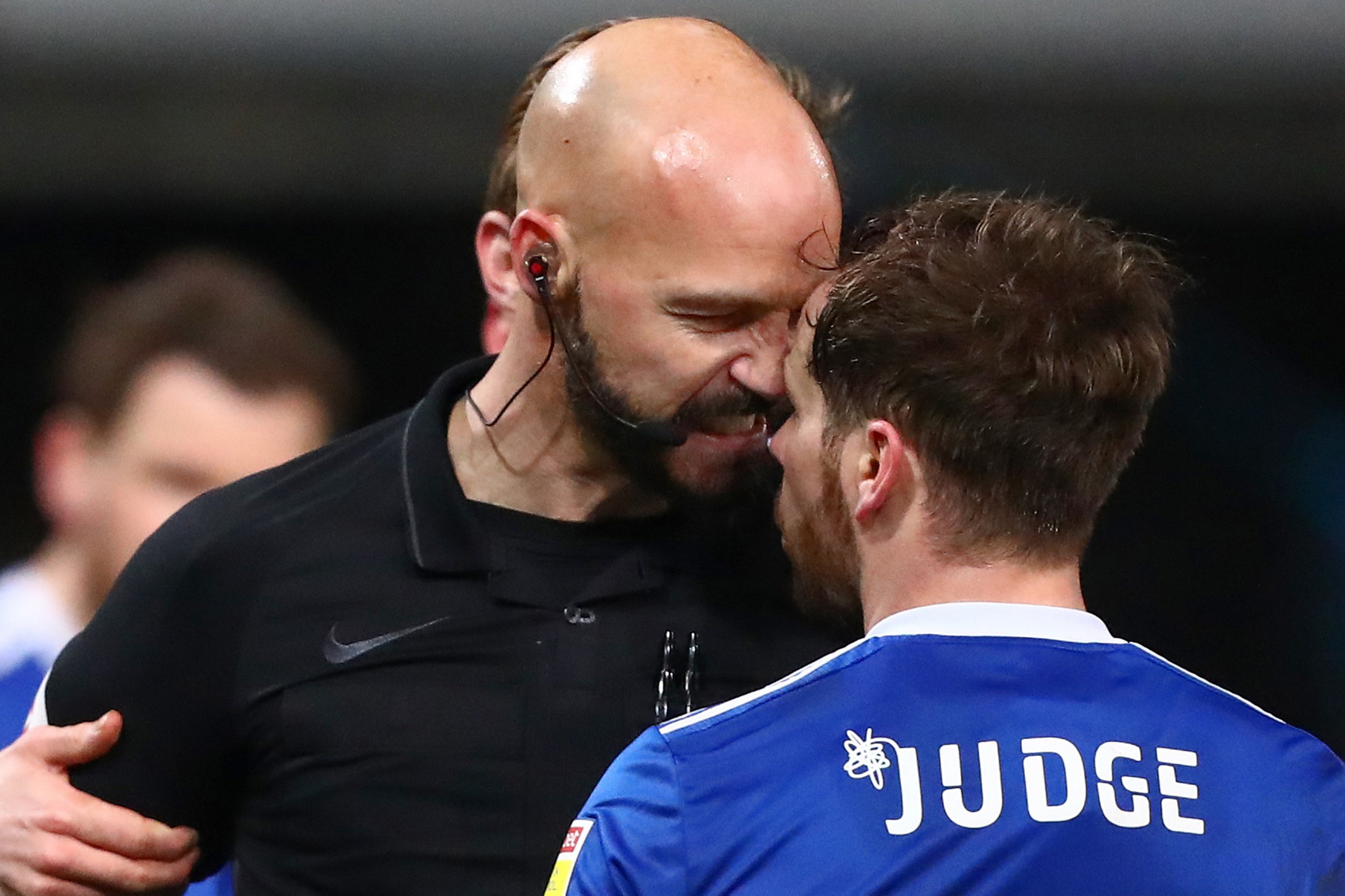 Referee Darren Drysdale has issued an apology to Alan Judge and Ipswich Town after locking heads with the midfielder during the side’s League One clash with Northampton Town.

Judge voiced his frustrations after being pulled up for an apparent dive in the dying moments of Tuesday night’s stalemate at Portman Road and Drysdale responded by moving his head towards the Irishman.

Players from both teams stepped in to try and diffuse the situation before Judge was shown a yellow card as the goalless draw descended into chaos, with Ipswich’s Flynn Downes later sent off for violent conduct.

‘I fully understand it is important for us as referees to maintain our composure throughout the game and always engage with players in a professional manner.

A frustrated Paul Lambert approached Drysdale on the pitch at the full-time whistle and questioned the decision to book Judge for simulation, insisting Northampton’s Peter Kioso caught his player with a trailing leg.

‘I thought we should have had a penalty with Judgey’s one,’ the Ipswich head coach told reporters after the game.

‘I’ve seen it back and I think he gets caught with the trailing leg.’

Former Premier League official Mark Halsey was stunned by Drysdale’s behaviour and correctly predicted an investigation would be launched into his actions.

‘Darren Drysdale showed a lack of self-control when he squared up to Ipswich’s Alan Judge,’ he told The Sun.

‘Irrespective of what has gone before in the match, referees should never put themselves in that position.

‘Discipline is vital for an official and the footage and pictures from Portman Road did not look good as players from both teams ushered the experienced Drysdale away.

‘I’m sure the PGMOL will conduct an investigation into what happened and it will be interesting to see if Ipswich now make a complaint to the EFL.