‘The referee is a JOKE’: Fans fume as Fikayo Tomori is sent off for AC Milan after bringing down Mason Mount… but Joe Cole and Rio Ferdinand back the decision to punish the England defender

Football fans have blasted the decision to show AC Milan defender Fikayo Tomori a straight red card during their Champions League tie with Chelsea on Tuesday.

England international Tomori was given his marching orders by the referee after grabbling with Chelsea midfielder Mason Mount who went down to be awarded a penalty.

His sending off just 18 minutes into the European encounter at a sell-out San Siro stadium shook the home crowd and changed the balance of the game as the visitors scored from the penalty spot, before doubling their lead 13 minutes later. 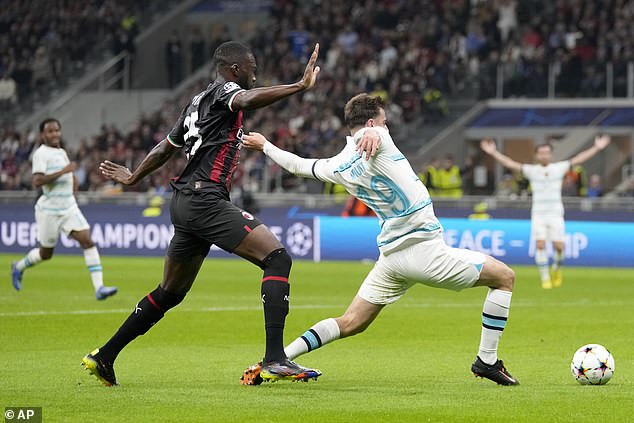 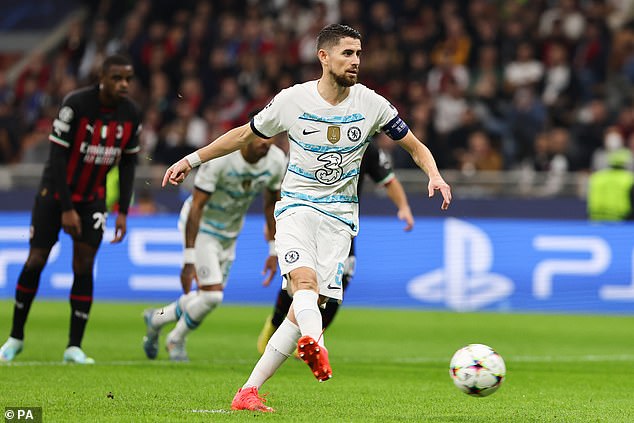 The penalty decision was quickly confirmed by VAR, but keen-eyed supporters have taken to social media to voice their feelings on the ‘joke’ decision that saw Milan reduced to 10 men. 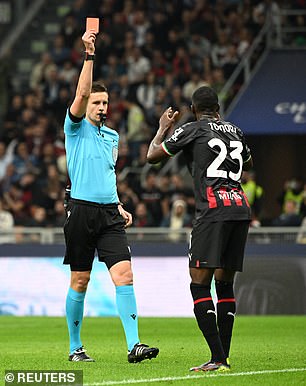 Tomori is sent his marching orders by referee Daniel Siebert

One shocked and aggravated fan fumed at the decision posting: ‘That red card for Tomori is one of the worst I’ve seen. Ref has no control.’

Another fan slammed the officials controlling the game for making a ‘disgusting’ decision that took the game away from the 7-time Champions League winners, saying: ‘If VAR does not reverse this decision to send off Tomori then the game is absolutely gone, what a disgusting decision.’

Others posted more blunt suggestions on the decision to send Tomori back to the changing room with one user tweeting: ‘Ref’s lost the plot, no chance that’s a red for Tomori,’ while another echoed similar sentiments, posting: ‘That’s not a red card on Fikayo Tomori, referee is a joke.’

However, those opinionated suggestions were batted back by pundits Rio Ferdinand and Joe Cole speaking on BT Sport, with both agreeing on the decision to send the ex-Chelsea defender back to the dressing room.

‘The red card, you feel for Tomori but you have to be punished for making mistakes.

‘He got the wrong side of him, he panicked, it’s in Chelsea’s hands now, you’d be furious from an AC Milan view but it is the right decision.’

‘Refs lost the plot’: This viewer was certainly not happy with the big red card decision

Pitch-side co-commentator Robbie Savage defended Tomori’s challenge on Mount as he reacted saying: ‘I don’t think it was a foul (Tomori on Mount for the penalty).’