‘It’s really confusing to see a kid that young that can do so much’: Reiss Nelson heaps praise on teen Jude Bellingham as Borussia Dortmund starlet uses spare moments in England U21 training camp to practice German

Jude Bellingham has been using spare moments of his first Under-21 camp to study German in a bid to quickly integrate himself into the Borussia Dortmund team.

The 17-year-old became the age group’s youngest ever debutant during Friday night’s 6-0 rout of Kosovo, scoring the sixth during an impressive cameo from the bench.

Bellingham made the switch from Birmingham to the Bundesliga in a move worth £25million over the summer and is intent on giving himself the best chance to succeed, using a smartphone app to brush up on his German during downtime. 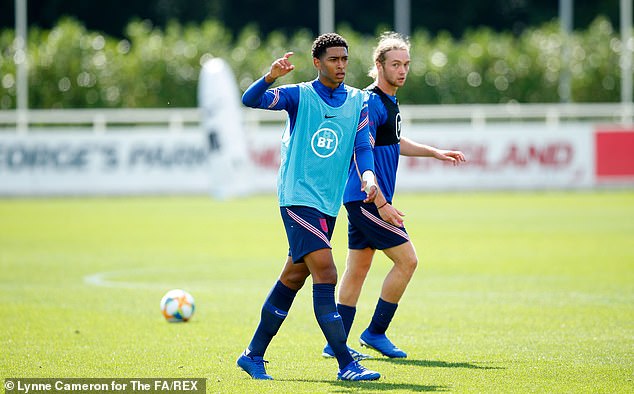 Manager Aidy Boothroyd has spoken highly of the youngster’s attitude over the last few days, with team-mates staggered by his ability in training.

‘Some of the boys have been giving him a bit of banter asking him his age,’ Reiss Nelson said. ‘He’s about 6ft, has a great first touch, he can shoot off either foot. It’s really confusing to see a kid that young that can do so much.’ 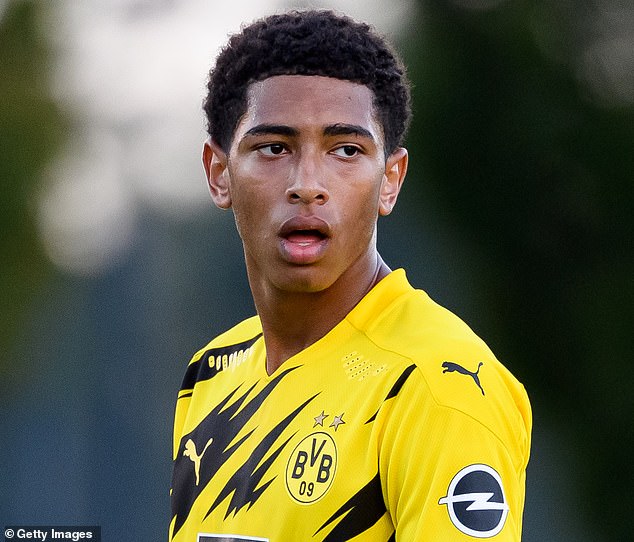 Nelson spent the 2018-19 season on loan at Hoffenheim under Julian Nagelsmann, living in the sleepy town of Heidelberg with his family, and has been on hand for advice.

‘He’s asked me about the German,’ Nelson added. ‘I tried to learn but it was really difficult. I feel like he’ll pick it up really quickly. He’s a great lad as well and I can see his future going all the way to the top and all the way to the seniors. He’s so easy to play with.’ 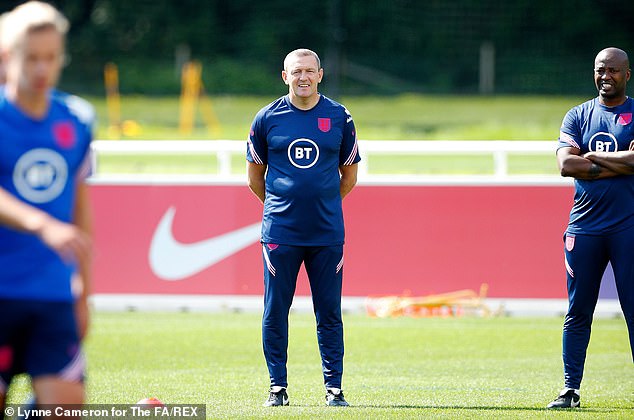 Bellingham offers versatility in midfield and proved that on Friday night, starting a move on the halfway line for England’s fifth goal before scoring a sumptuous sixth himself, dropping his shoulder and curling into the far corner.

‘I don’t think he quite knows what he wants to be yet,’ Boothroyd said. ‘He can play on the half-turn, play forward. I know he can play wide. I’ve seen him play as a 7, 11 and a 10 at Birmingham before he went to Dortmund.

‘He can play a variety of positions. He’s just a really good footballer. He’s very stylish and efficient with his passing. He’s a good, genuine kid. We’re delighted to have him.’