Former Sky Sports host Richard Keys has had his Cristiano Ronaldo theory disputed as he claimed there is a key reason why MLS side Inter Miami may opt to sign Lionel Messi ahead of the Portuguese forward. The five-time Ballon d’Or winner has been linked with a move to the US after he failed to secure a move to a Champions League side in the summer.

Ronaldo is reportedly unhappy at having to come off the bench under Manchester United boss Erik ten Hag, but scored his first Premier League goal of the season in the 2-1 win over Everton and beIN SPORTS broadcaster Keys claimed he was happy that Ronaldo’s attitude appears to have changed, and commented on the rumours that he may leave for the David Beckham-owned side.

“I’m glad that Ronaldo has settled down at United because he was in danger of spoiling it all with his sulking,” Keys wrote on his blog. “He’s got to understand that he’s at the age now where he can only make cameo appearances. But if he can come off the bench and do what he did Sunday he’s still got a part to play.

“As for the speculation linking Ronaldo to Inter Miami – I doubt it very much. He wears the wrong boots. He’s a Nike man. Miami are heavily involved with Adidas. If either of the two fading superstars is going to make that move – I’d say it would be Messi. He’s sponsored by Adidas. These big moves don’t get done too often now without a sponsor being involved.” 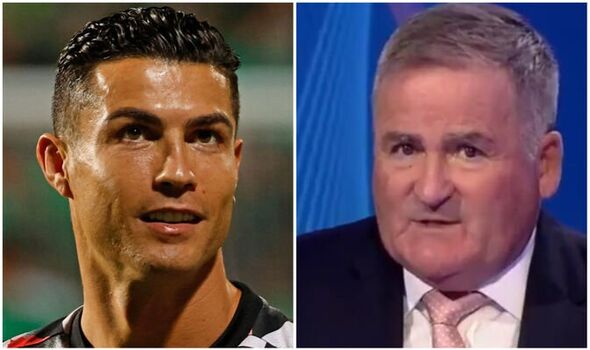 However Keys’ claims that Ronaldo will not move to Inter Miami due to conflicts with his sponsors have seen fans disagree with him on social media. “Insight from Richard Keys today,” one Twitter user said. “I wonder if he knows that *every* MLS team wears adidas?”

While others brought up Ronaldo’s history of wearing Adidas kits previously: “Is he just ignoring the fact that Ronaldo hasn’t played for a club with anyone but adidas as kit maker since he left Utd the first time?” 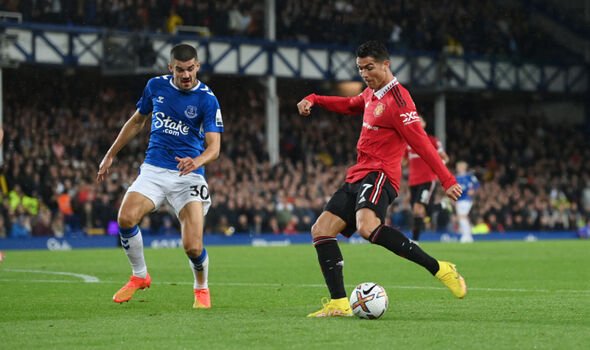 Keys was also reminded of Messi’s allegiances by another social media user. “Does he not also realise that Messi has been playing for Nike-sponsored clubs his entire professional career?!”

United have reportedly named their price as the MLS side have been linked with a move Stateside. There is room in their side as Argentinian striker and former Ronaldo team-mate at Real Madrid Gonzalo Higuain announced he would be retiring at the end of the season.

Though Ten Hag has repeatedly claimed that he hopes to keep the 37-year-old at Old Trafford. Ronaldo’s contract is up at the end of the season, though United do have an option to extend his deal.