Chelsea are reportedly eyeing Borussia Dortmund midfielder Jude Bellingham as an alternative to West Ham’s Declan Rice. The Blues are thought to be keen on landing the Hammers star, with Frank Lampard a fan of the England international’s versatility.

But West Ham’s reported asking price of £80 million could prove too steep for Chelsea, which could see the west London side turn their attention to Dortmund teenager Bellingham.

The 17-year-old is widely considered as one of the most exciting talents in Europe after his breakthrough at Birmingham City.

His performances for the Championship side attracted interest from a host of clubs including Manchester United, but the teenager eventually joined Dortmund for an initial fee of £25million in the summer.

After just a couple of months at the Signal Iduna Park, Bellingham’s displays earned him a first England senior side call-up for the recent internationals. 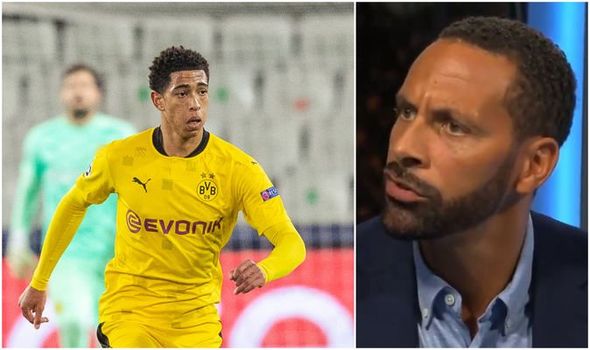 And according to Eurosport, Chelsea are looking at Bellingham as a potential option for the future.

It is claimed that Chelsea officials like the idea of waiting until Bellingham establishes himself more as a world-class player before making a move.

The Blues also reportedly like the fact the teenager can play in a variety of positions in central midfield, and are contemplating a bid in 2022.

Chelsea’s interest will come as no surprise to former Manchester United defender Rio Ferdinand, who previously expressed his admiration for the midfielder.

Ferdinand had urged his old club to sign the star, regardless of the enormous price tag on his head.

United had been interested in signing Bellingham in the January transfer window but the move failed to materialise.

But at the time, after reading a rumour that the Reds could have been boosted in their pursuit of Bellingham due to the coronavirus pandemic, Ferdinand said on his Instagram page: “Hopefully that let’s Man United in the back door and take him – unless we’re at the front of queue already. 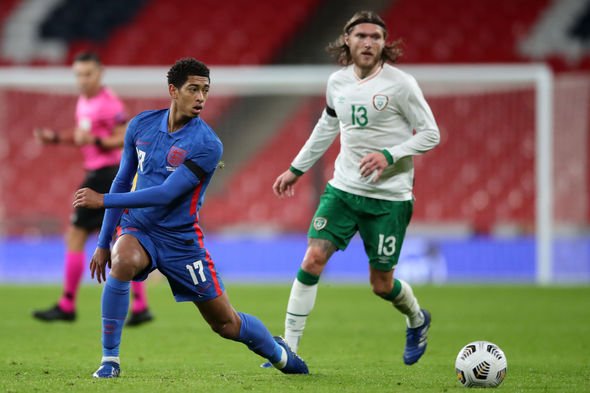 “Jude Bellingham: Huge talent. Huge talent. Really good-looking footballer in the way he plays, the balance, the poise he’s got, the maturity at such a young age. I want to see more.

“But you’re buying this kid, the price tag is phenomenal, £30million for a kid, for a 16-year-old boy. It’s unbelievable. But it’s the way of the world now, and the way you’ve got to think about it is: if you’re paying £30m and we keep him for 10 years it’s money well spent.

“It’s a gamble, it’s an expensive gamble, but the kid – if you’re playing in the Championship and doing what he’s doing and looking the player he is – it’s a gamble, yeah, but a calculated one.

“I think he’s someone I would 100% take. If I’m Man United now, go in and get him. You can understand why the likes of Borussia Dortmund are trying to get him, trying to take him. The kid seems to me to have it all.”

Ferdinand’s thought echo that of Jamie Redknapp, with the Sky Sports pundit hailing Bellingham’s talent after his recent call-up to the England squad.

“I am so pleased Jude Bellingham is in the squad,” he wrote on Sky Sports. “I know it is early and we should not get too excited about it but I am a massive fan of how he plays.

“There are certain young midfielders who come along who make you go, ‘wow, this kid has got everything’.

“He is a lovely passer of the ball, he looks so composed. Even if he does not touch a ball in the next three games, just for him to be around the likes of Jordan Henderson, Harry Kane, just to get a feeling of what it is like to be in an England squad is going to be vital for him.”