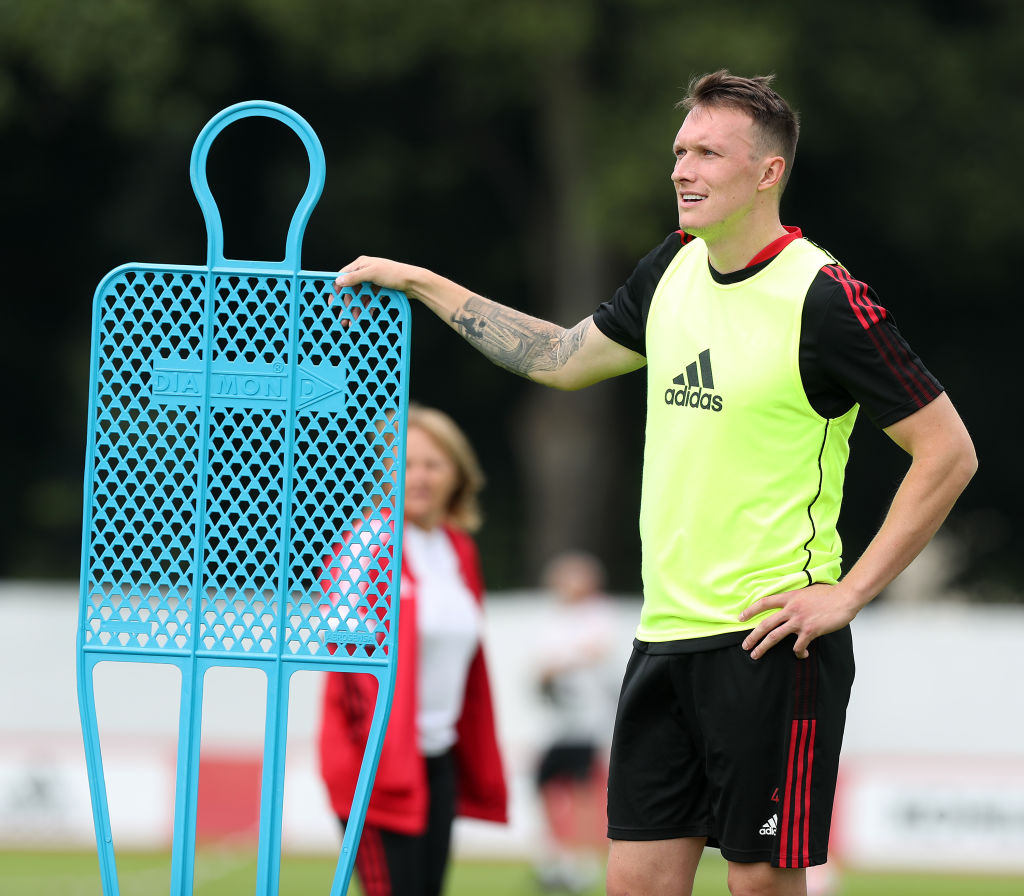 Rio Ferdinand believes Phil Jones is blocking a Manchester United academy player from being part of the first team and has urged the 29-year-old to leave Old Trafford.

Jones made his comeback from injury in United’s behind-closed-doors friendly against Burnley last week after being sidelined with a knee injury since January 2020.

The defender has taken part in pre-season training this summer and is targeting a return to the first team, although his chances of securing a regular role are slim following the arrival of Raphael Varane earlier this month.

And Ferdinand believes Jones’ exit is long overdue and feels the centre-back should have been offloaded before Chris Smalling joined Roma in 2019.

Ferdinand also criticised United’s hierarchy for handing Jones a four-year contract extension in 2019, which keeps him tied to Old Trafford until 2023.

‘He’s never been able to fully establish himself in the team. Whether it’s injuries, lack of form, lack of confidence.

‘He’s lacked consistency throughout his career at Man United. That’s a fact, for all the reasons I stated before.

‘He’s done well. Listen, good luck to him if you can get it. Staying at Man United is a great gig, but I look at him as a person, are you really going to be happy sitting there all these years.

‘If I was in the squad with someone like that I wouldn’t talk to them. They are a waste of time, why would I chat to you and give you any energy, taking that away from my other teammates who are here to play and go into battle for 90 minutes every week.’