Tottenham: Mourinho hints at return to fold for Dele

Rio Ferdinand fears that things may not work out for Dele Alli and Harry Winks at Tottenham… all the while Jose Mourinho is at the helm. Both were focal points of Mauricio Pochettino’s Spurs side but have since fallen out of favour under the Portuguese this season.

Tottenham owner Daniel Levy is determined for things to work out for the pair and refused to let them leave in the January transfer window.

But it’s clear Mourinho isn’t convinced by either player, with both currently on the fringes of his first-team squad.

Mourinho recently visited Alli’s house for clear the air talks, as he looks to give the attacking midfielder a second chance.

Alli’s game time has been limited since he was taken off at half-time of Tottenham’s opening match of the season against Everton. 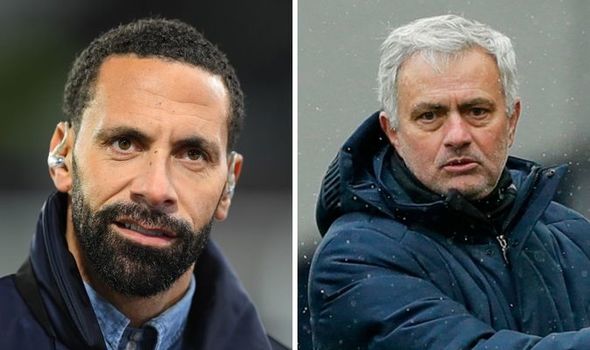 He was back amongst the subs on Wednesday night against the Toffees in the FA Cup, while Winks was also on the bench despite several key changes to the starting XI.

But BT Sport pundit Ferdinand has now raised doubts over the duo ahead of this summer’s European Championships: “I do yeah [fear for Alli and Winks].

“Sometimes the situations that happen, has it gone too far? I think Alli has shown huge, huge class at times and goalscoring ability over the years.

“At the moment he’s not getting the opportunity. Listen, again, this will come out in the wash later on I’m sure as to why from the manager and the player but we have to wait I’m sure. Same with Harry Winks.”

Mourinho has now conceded that Alli may have been distracted by a potential reunion with Pochettino at Paris Saint-Germain during the January transfer window.

“There’s nothing to speak about anymore,” Mourinho told The Evening Standard when quizzed on the player’s focus. “It’s possible that he was distracted, yeah.

“It depends on the player’s mentality, how much the player is influenced by and follows the media and social media. I don’t know in his personal case.

“But I was expecting that this story is over. Now it’s about him working to be back in the team, to have minutes.” 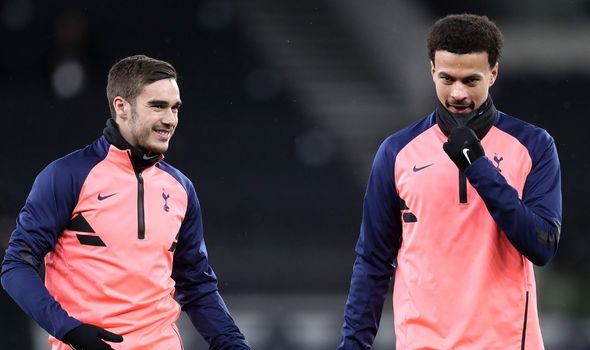 Meanwhile, Winks was the subject of interest from La Liga side Valencia in the January window but Mourinho did not want to see him leave.

With Tottenham fighting on all four fronts this season, Mourinho wants to keep a big squad to combat fatigue.

Winks has fallen victim to the rejuvenation of Tanguy Ndombele this season, with the Frenchman now one of the first names on the team-sheet.

Pierre-Emile Hojbjerg is also a firm favourite of Mourinho having hit the ground running following his summer switch from Southampton.

Still though, Levy is reluctant to sell the club’s English talents and wants things to work out for both Winks and Alli under Mourinho.