Chelsea boss Frank Lampard must address issues in goal and in defence in order for his side to compete for major honours, according to Manchester United legend Rio Ferdinand. Lampard led Chelsea to a fourth-placed finish in the Premier League in his first campaign in charge despite not being able to make any new signings last summer. The Blues also reached the FA Cup final and the last-16 of the Champions League.

But Chelsea conceded more goals than any other team in the top half of the Premier League table.

Lampard has already splashed out on the signings of winger Hakim Ziyech and striker Timo Werner.

But Ferdinand says it is time a new goalkeeper and centre-back were brought in.

“I think Frank’s done his work early, that’s good business because the players he’s bought in are players that can play and know the level of Champions League football,” Ferdinand said on BT Sport. 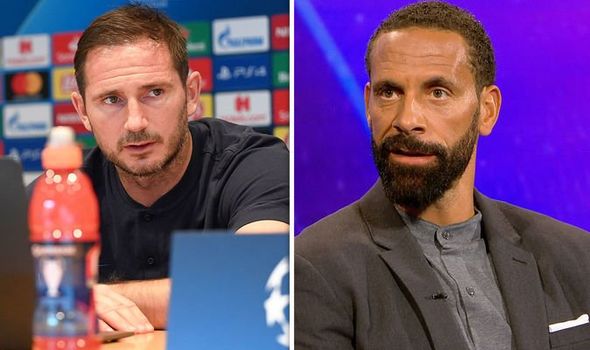 “So I think they’re an upgrade on some of the players that they’ve got, definitely adds competition.

“But I think now he needs to look at the other end of the pitch because that’s an area that when you want to win things, big trophies, which Frank will be wanting to do with the demands of that club, the foundations at the centre-half, goalkeeper have to be strong.”

Record-signing Kepa Arrizabalaga was dropped towards the end of the campaign and Chelsea have been linked with a host of goalkeepers to replace him.

And Ferdinand’s former United team-mate Owen Hargreaves agrees that is the area of the pitch Lampard must improve.

“Think back to that Liverpool team before [Virgil] Van Dijk and Alisson came.

“The front three was terrific but they brought in players who solidified the back.

“I think Frank’s got great attacking players but unless he gets those players to take that team from a really good Champions League team to a top team – I think Frank wants to win doesn’t he, he wants to win titles – and the only way he’s going to get there is by having a defence like [Ferdinand] had and I think the attack sort itself out.”