Dinamo Zagreb ace Robbie Burton stuck the knife into Tottenham after their incredible Europa League comeback in Croatia on Thursday night. Tottenham were the strong favourites to advance to the quarter-finals after winning the first leg of their tie against Dinamo 2-0 last week.

And Spurs looked even more likely to progress after keeping the Croatian First Football League side at bay in the opening 60 minutes.

But Jose Mourinho’s side soon collapsed in the final 30 minutes of the match with Mislav Orsic scoring twice to force the tie into extra time.

And Orsic completed his hat-trick midway through extra time to knock Tottenham out of the competition.

Spurs players trudged off the pitch with Mourinho looking furious at full time, aiming heavy criticism at his players for failing to hold on to their 2-0 advantage.

JUST IN: Arteta fumes at Arsenal players after Olympiacos loss – ‘No excuses’ 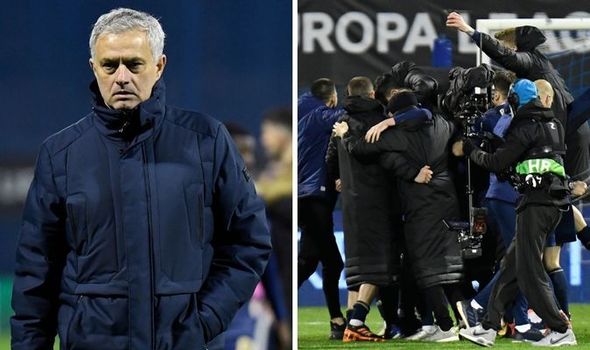 It was a contrast of emotions in the opposite dugout though as wild celebrations commenced among the Dinamo players as they advanced to the Europa League quarter-finals.

Burton didn’t come on for Dinamo in the match as he remained on the bench, but he may have been even more delighted than his team-mates with the win.

The 21-year-old spent his youth career coming through the ranks at Arsenal before joining Dinamo last year.

And he made clear where his allegiances still lie after Dinamo knocked Tottenham out of the European competition.

He tweeted: “London is red, Croatia is [blue].”

Burton opened up on his exit from Arsenal earlier this week and claimed a lack of opportunities to make it into the first team led to his departure.

“There was no real plan for me at Arsenal,” the Wales Under 21 midfielder told the Daily Mail.

“Here, they offered a plan, the chance of first-team football. We played against them with Arsenal’s Under 23s in the Premier League International Cup and my agent told me they were interested. 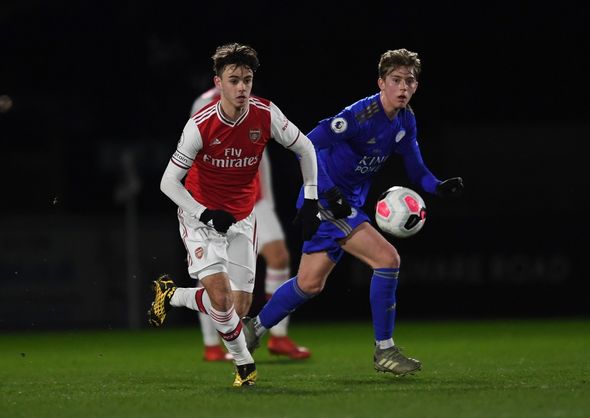 “I felt I was ready to make the step into the first team and it was something I just couldn’t turn down. There is a lot of history at the club and I wanted to be a part of it.”

Burton originally started in the reserves for Dinamo upon his arrival in February 2020, but has since broken into the first-team set up.

They will now be in the draw for the Europa League quarter-finals, which includes teams such as Manchester United, Arsenal and Roma.