Like father, like son! Robbie Savage’s child Charlie, 17, signs his first professional contract with Manchester United as Under 18s midfielder vows ‘the hard work continues’ as he looks to break into the first team

Charlie Savage has followed in the footsteps of his dad Robbie by signing his first professional contract with Manchester United.

The 17-year-old midfielder will be hoping to fare better than his father at Old Trafford by breaking into the first team as he vowed to keep working hard to impress manager Ole Gunnar Solskjaer.

Robbie Savage failed to make a senior appearance for the Red Devils after joining the club in 1991 – instead moving on to Leicester City, Birmingham and Blackburn while fellow academy graduates like David Beckham, Ryan Giggs and Paul Scholes went on to flourish as the famed ‘Class of 92’.

Expressing his delight about his deal on Twitter, Savage Jnr thanked his closed friends and family for their support in helping him secure the contract as he sets out to forge a successful career at the Theatre of Dreams. 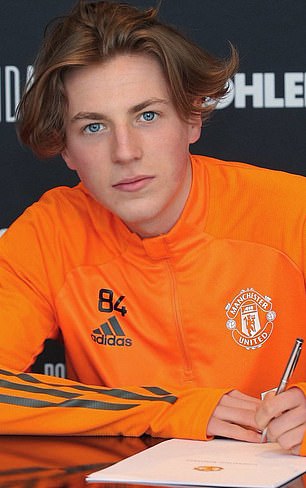 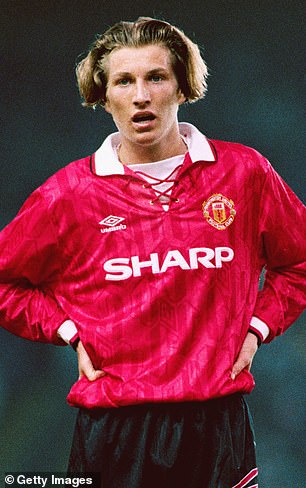 Charlie Savage, left, has followed in his dad Robbie’s footsteps by signing pro terms at United 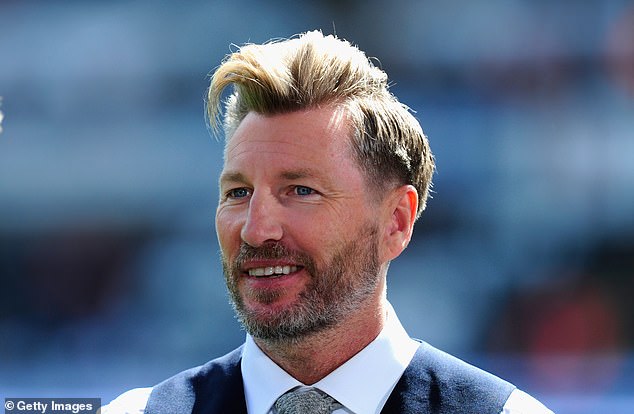 ‘Delighted to have signed my first professional contract @MUFC. I would like to thank all of my friends, family and everyone @neweraglobalsports for all their support. The hard work continues #mufc’

Savage – who has represented Wales at U17 level – joined the United academy in July 2019 and plays as a central midfielder.

He was rewarded with a senior contract after starring for the Under-18s this season, scoring twice and providing five assists in 17 games.

Speaking about his aspirations at United this week, Savage said he looked up to midfielder Scott McTominay after successfully breaking through as a youngster, as well as Marcus Rashford and Brandon Williams

‘The main inspiration for me is Scott — he’s the best with us. He comes over to talk to us. He had it difficult in the youth team,’ he told the Sun. 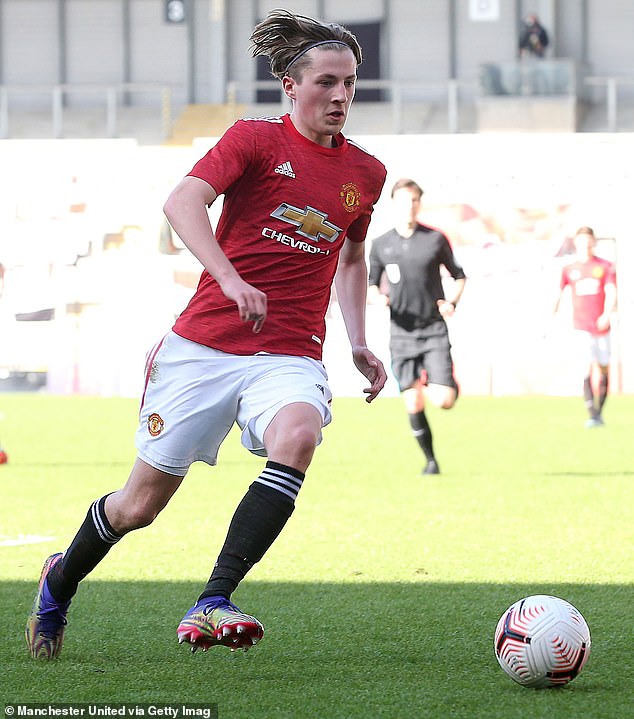 Savage has impressed for United’s U18s this season, providing five assists in the 20-21 season 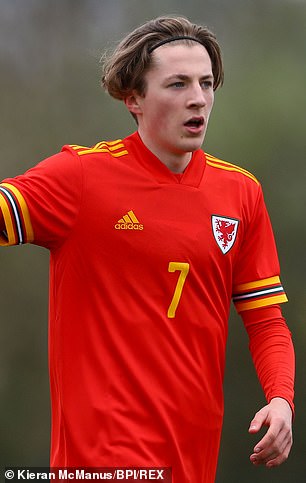 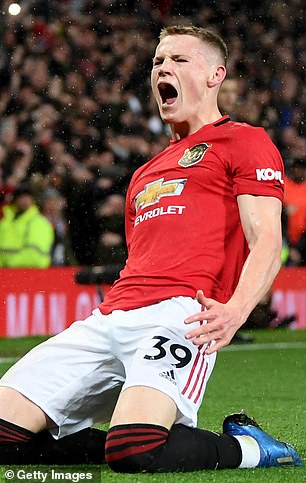 The 17-year-old, a Wales youth star, admits he looks up to midfielder Scott McTominay (right)

‘He didn’t play many matches but he just kept going and he proved it’s not always the standout players who make the first team.

‘Sometimes it’s the players who might have had a back seat but they keep pushing and pushing. Scott, Marcus Rashford and also Brandon Williams all inspire us to improve and move forward.’

Savage – who even shares the same long blond hair his father had when he first joined United – revealed Robbie isn’t putting pressure on him to succeed, and even reckons he is better in front of goal than his old man.

‘My dad doesn’t really say too much to me,’ he added. ‘He leaves that to the coaches who know better!

‘He’s there if I need him but he always stresses to me how big a thing it is to play for your country — and that I should be proud of what I’ve achieved so far.

‘We are different. He was tenacious, whereas I’m more of a ball player.

‘I think I’m a better finisher than him too! He won’t like me saying that — but if I can have half the career he had, then I’ll be very happy.’