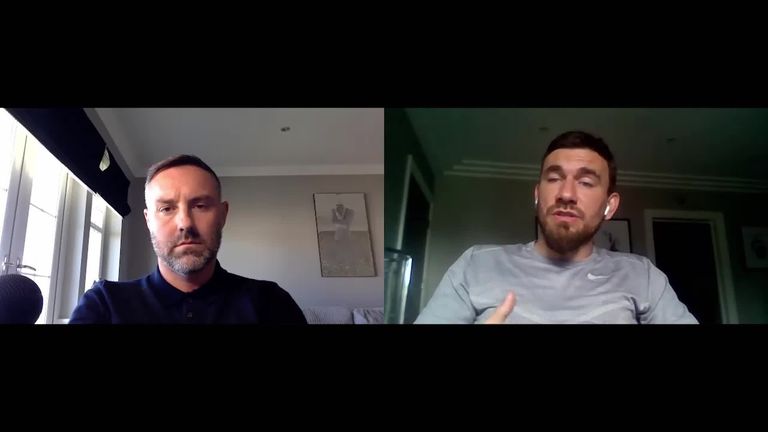 Robert Snodgrass believes his decision to retire from international football has been vindicated by his performances at West Ham this season.

The 32-year-old called time on his Scotland career in October 2019 having earned 28 caps and scored seven goals during an eight-year spell representing his country.

Like all players accused of turning their back on their country prematurely, Snodgrass faced criticism for the decision, but speaking on Sky Sports‘ Scottish Football podcast he maintains it was the right call for both his club and his country.

“The biggest thing was focusing on club level,” Snodgrass, who has scored five goals in 21 appearances for West Ham since retiring from Scotland, said. “You want to have a great pre-season, you want to play games.

“But at the very start of this season I never played, I only play one in the first nine or ten. I was trying to assess things because I was fit, strong and was feeling good.

“I went away with Scotland because I was trying to get some game-time somewhere but it just wasn’t working out with Scotland, the results weren’t happening.

“I felt as though I was getting in the way, I felt as if it was time for the younger boys coming through to shine, and for me to put 100 per cent of my focus on my West Ham career. “On the international scene you travel away, come back, feel sluggish and it’s very difficult, so my decision was so that I could save myself for West Ham.

“I know Scotland fans won’t like that, but they needed a young, fit, energetic lad to come in there. Give them the chance, [after all] I’d had a few failed campaigns.

“Everything was focused on trying to get back into the team at West Ham and to help them, and I managed to do that. I started against Sheffield United, scored, and I have been in [ever since]. I’ve played 20-odd games, scored and assisted goals and helped the team drive forward.”

Snodgrass’ resurgence at the London Stadium was curtailed by the coronavirus outbreak, which has halted football at all levels across the globe.

Adjusting to training at home and life in isolation has presented an unprecedented challenge to players, but it’s been made that little bit easier by West Ham captain Mark Noble, as Snodgrass explains.

“Noble has been unbelievable,” he added. “People don’t realise what type of guy he actually is until you play with him first-hand. He’s a top player.