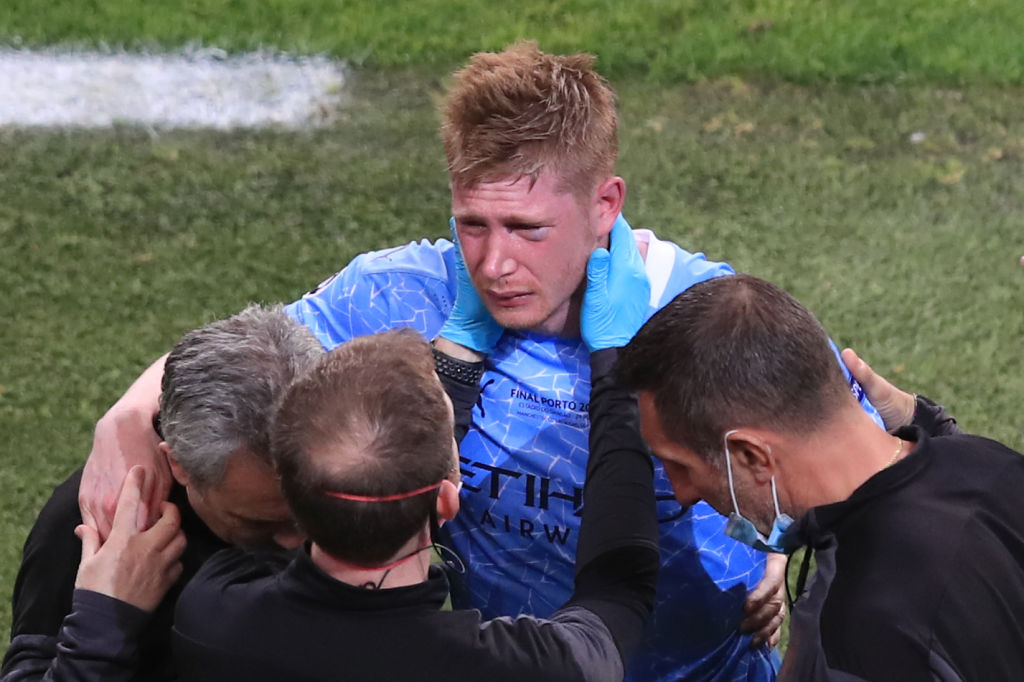 Roberto Martinez has revealed that Kevin De Bruyne doesn’t require surgery on his facial injuries but is unsure whether he will return in time for Belgium’s opening Euro 2020 match on June 12.

De Bruyne was forced off on the hour mark and replaced by Gabriel Jesus as City slipped to a 1-0 defeat in Porto courtesy of Kai Havertz’s first-half goal.

With Belgium’s Euros opener against Russia fast approaching, Martinez has admitted that the 29-year-old is still being assessed, with his situation expected to become clearer in the ‘next four to five days’.

‘I’ve spoken to Kevin and he was quite positive,’ Martinez told a press conference.

‘We’ve got to be very cautious, but we will get more clarity in the next days.

‘We don’t know if we can use him in the first game.

‘I cannot give an answer because I don’t have any medical facts right now, we are still assessing the injury and over the next four to five days we expect clarity.

‘We are very fortunate that even though he has a double fracture, he doesn’t need surgery.

‘An operation would have made it impossible for him to play in the European Championship.’

Rudiger, meanwhile, has issued a public apology to De Bruyne and wished him a speedy recovery.

‘I’m really sorry for @DeBruyneKev’s injury,’ the Blues centre-back wrote in a post on Twitter on Sunday.

‘Of course this was not intentional from me – I’ve already been in touch with Kevin personally and I really wish him a speedy recovery & hope we can see him back on the pitch very soon again.’