Andy Robertson hopes the thrashing of Rangers can kick-start a more consistent run from Liverpool – but the defender warned that any drop in intensity will lead to a difficult Sunday afternoon against Manchester City.

Liverpool will go into the Anfield clash 13 points behind the Premier League champions and even further off the top of the table after a mixed start to the campaign, which has seen them string together back-to-back wins just once courtesy of a last-gasp winner against Newcastle.

That game followed a 9-0 win over Bournemouth and Liverpool were back to such free-scoring form in the second half at Ibrox on Wednesday night as they netted six goals to run out 7-1 winners. 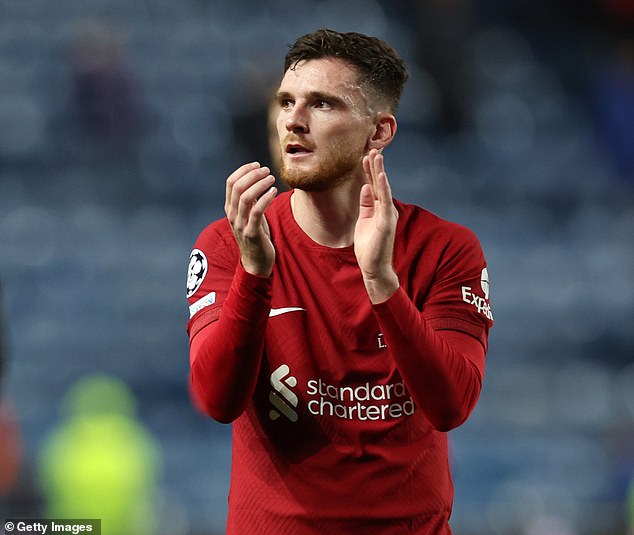 Robertson, who made his comeback from an ankle injury midway through the second half in his native Glasgow, said: ‘Obviously it’s an exceptional result.

‘The boys were magnificent after a bit of a ropey start, giving Rangers a goal lead. The fans obviously got up and luckily we managed to quieten them down quite quickly with an equaliser.

‘I thought we dominated the game after that, second half we were very good and we controlled the game.

‘It’s a massive game (on Sunday), of course it is. We need to try and get consistency back into our game, into our performances. That’s what we have been lacking this season. 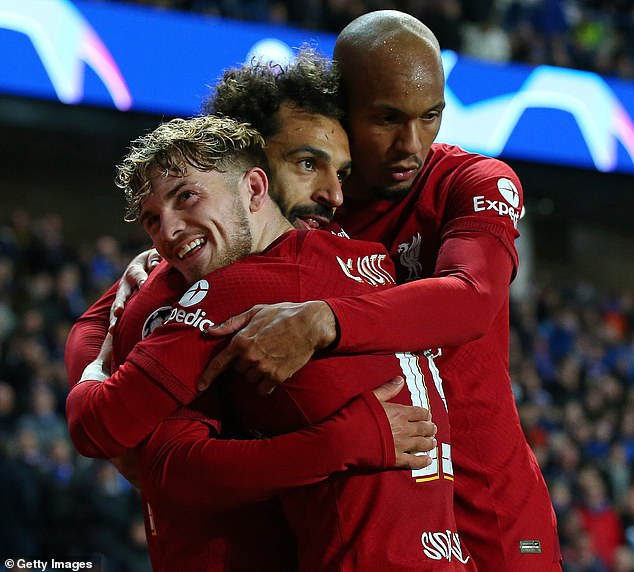 ‘It always has to start somewhere. The result was obviously a very good one but the performance was excellent.

‘We have to keep that going, we have to play with that intensity. If we do that then we will pick up a lot better results.

‘Obviously a game against City will always be difficult, they are flying this season, playing really well, difficult to play against. But us at our best can always compete.

‘We have to be like that. If we are anything below that it will be a difficult afternoon but if we are at our best then we know we can cause problems to any team. That’s what we have to aim for.’ 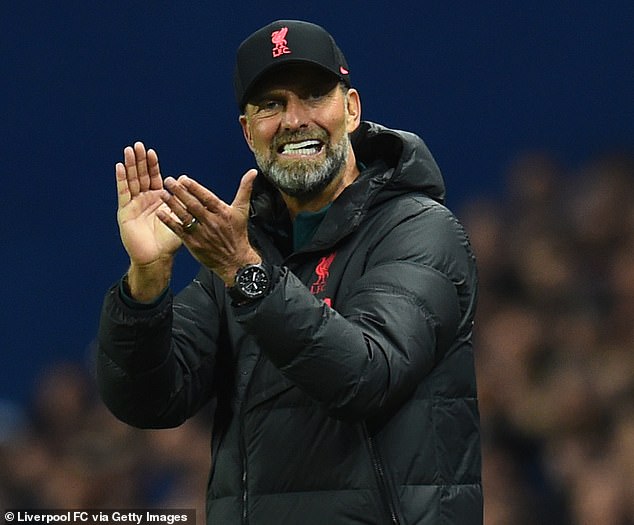 The home side arguably had the better of the first half but ended up suffering the joint worst result in Rangers’ history, equalling the 1957 League Cup final mauling at the hands of Celtic.

But Robertson claimed any team would have struggled given the form Liverpool showed after the break.

‘I thought first half they were obviously a bit braver,’ the Scotland captain said. ‘They gave us a lot more problems than they did last week, they had a lot more attackers on the pitch.

‘When we play with that intensity a lot of people can’t deal with us. 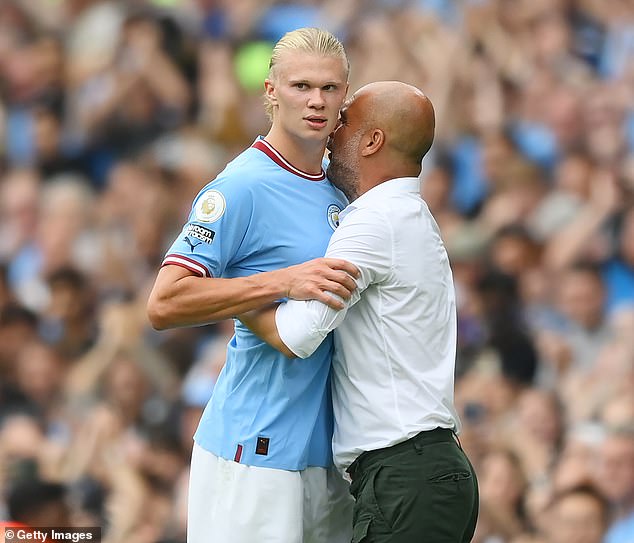 ‘I think we outran them and then started picking up all the second balls, and when we start controlling the game, controlling possession, we are a very hard team to play against.

‘I think that we showed that and we also showed our ruthless side. Every chance we got in the second half, we pretty much put away. When we are like that, it’s always difficult.

‘It’s a massive result for us, puts us in a good place in the group, and now we carry on.’