Leicester manager Brendan Rodgers is confident his squad is strong enough to cope with the absences of Jamie Vardy and Wilfred Ndidi.

Both players are set to be out for around another two weeks, during which time the Foxes will play four Premier League matches, including hosting Liverpool at the King Power Stadium, and their FA Cup fifth-round tie against Brighton.

Rodgers said on Friday that Vardy is progressing well and ‘on schedule’ following his hernia operation. The club’s top goalscorer underwent surgery last week, having been battling the problem for months. 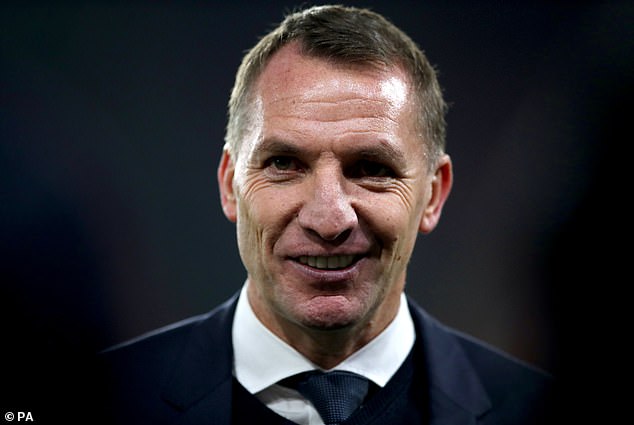 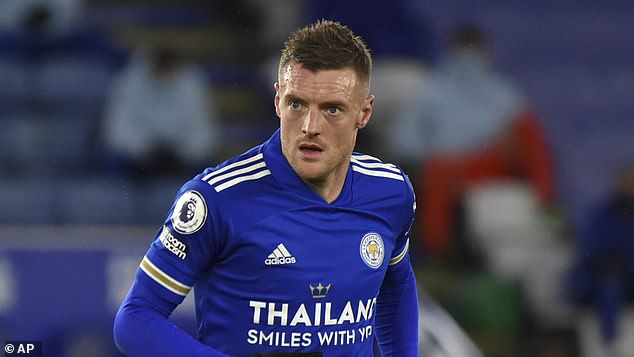 He is expected to resume training next week and a potential return date, possibly the Liverpool game on February 13, will be discussed.

Rodgers also revealed that midfielder Ndidi suffered a slight hamstring tear during the draw at Everton in midweek, meaning he too is set for a short spell on the sidelines.

‘It’s the same test as we’ve had all season when we’ve had players missing,’ said Rodgers. ‘We’ve managed to get really good results over the course of the season.

‘If you shine a light over the course of the season, we have had important players missing. But we trust the squad. You will miss someone of Jamie’s ability. He would help any team. I thought Ayo (Ayoze Perez) did very well and we’ve got Kel (Kelechi Iheanacho) there as well who can come in.

‘Thankfully, I’ve got really bright players. When you have Jamie central, we can penetrate, but it’s something where Ayo brings something else.

‘He’s incredible in the space, him and James Maddison can turn and take you forward. We might have to connect the game with an extra pass instead of getting there in one pass, you might need two or three.’ 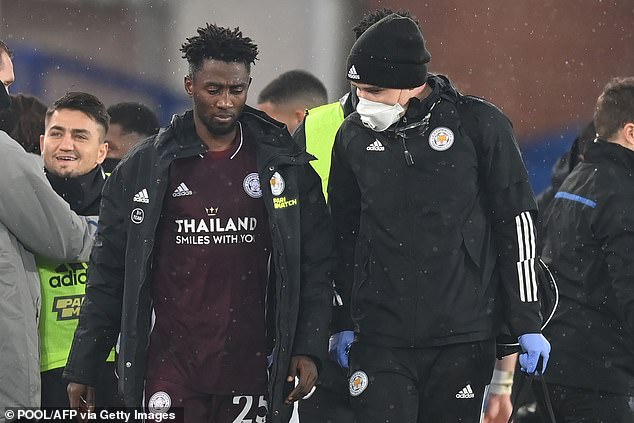 Leicester’s first test without both Vardy and Ndidi comes on Sunday against Leeds at the King Power Stadium.

Rodgers has been impressed with Leeds since their promotion to the Premier League and he sang their praises ahead of the match.

‘I’m a huge admirer of the coach. Marcelo Bielsa’s teams always play an exciting brand of football, and it’s a style you don’t usually see in the Premier League. I’m a big admirer of Bielsa and the job he has done.

‘The team have played very clearly in their way in every game. They want to attack, they play without any fear. That’s got them some good results, and some games where they have lost heavily.

‘But they play in a respectful way. They don’t argue with referees so much. They have great integrity in the game. I’ve enjoyed watching them and preparing to play against them.’ 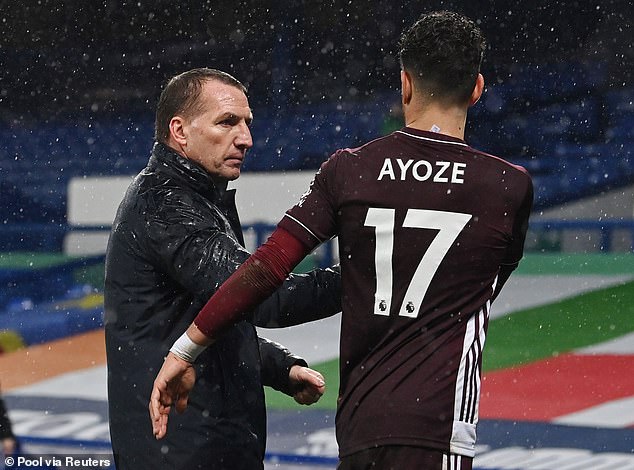