‘We walked all over them… we scored six but it could have been far MORE’: Manchester City ace Rodri sticks the boot in after Spain inflict Germany’s heaviest competitive defeat and join France in Nations League finals

The Manchester City star had described the showdown as a ‘life and death’ clash with Spain needing a win to overhaul Joachim Low’s team and secure a spot in the 2021 finals.

And Rodri, who scored the third goal in the 6-0 demolition in Seville, insisted they could have score more. 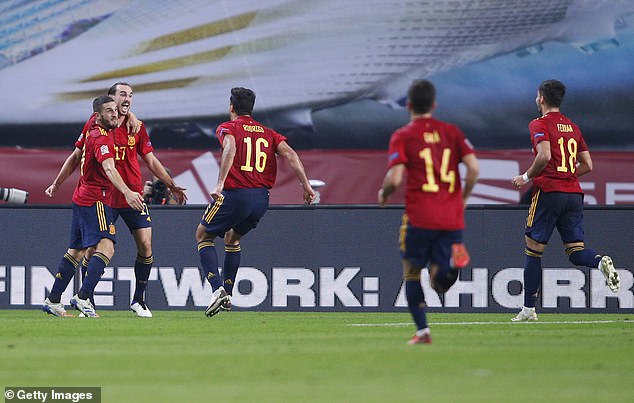 ‘We walked all over them in every sense,’ he said.

‘We scored six but it could have been far more. We are still a group with little experience but this will give us a lot of confidence.’

Striker Alvaro Morata took pleasure in silencing Spain’s critics after they snatched a 1-1 draw away to Switzerland on Saturday.

“We had the opportunity to send a strong message out to the whole world and we have done just that,” he said. 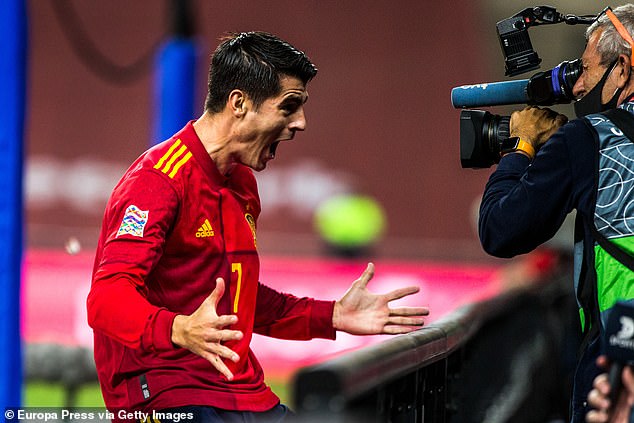 Spain coach Luis Enrique paid tribute to every player in his squad after their incredible win, which he said was just what they deserved for their efforts over the campaign.

‘This victory belongs to every player, even those who didn’t play,’ Luis Enrique told reporters after his side finished top of League A4 above Germany.

‘It would be unfair to single anyone out because to do what we did, to press a team like Germany all over the pitch, you need every player from defence to attack to work hard.’

Luck seemed to desert Spain in Saturday’s 1-1 draw in Switzerland as they missed a slew of chances including two penalties, while they were unfortunate to lose 1-0 to Ukraine last month. 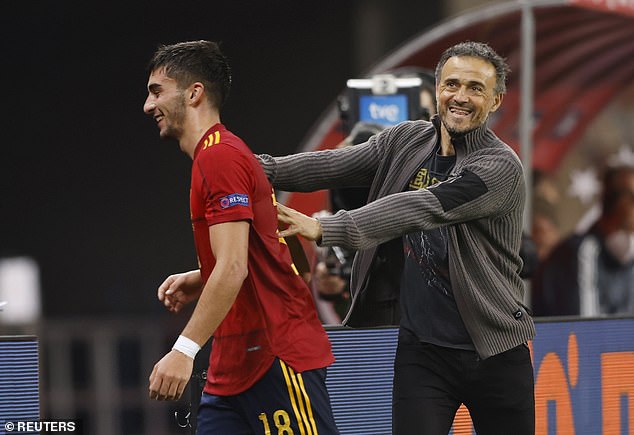 Yet everything clicked in an astonishing display against the 2014 World Cup winners, as midfielders Fabian Ruiz, Koke and Rodri dictated play and forward Ferran Torres bagged a hat-trick.

‘This was one of those nights that happen very rarely, when everything goes exactly as planned. The players went out all fired up and did everything right. This is what you get when you combine quality and attitude,’ Luis Enrique added.

‘We feel that we didn’t deserve to lose a single game in this campaign. We scored 13 goals and only conceded three, the numbers speak for themselves.

‘We feel immensely happy, this is a real boost for the players and we’re going to enjoy this moment.’ 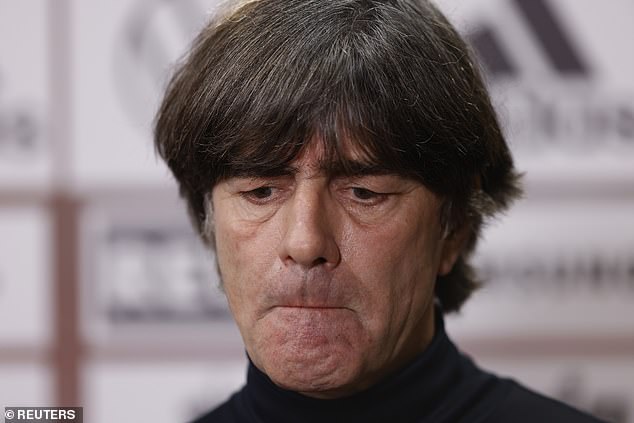 Germany coach Joachim Low was at a loss to explain his side’s humiliating 6-0 loss to Spain in the UEFA Nations League on Tuesday which caused them to miss out on a place in the competition’s final four.

‘I really don’t know what happened to the team,’ Loew told reporters after Germany’s heaviest defeat in 89 years and their worst in competitive football.

‘We had hardly any chances and we didn’t win a single individual battle out on the pitch.’