Jose Mourinho wants to sign Granit Xhaka for Roma so badly that he is reportedly willing to offer Arsenal two players as part of the deal. Xhaka has emerged as a primary target for Mourinho, who is poised to take over the Italian club this summer.

The Portuguese manager was sacked as Tottenham boss back in April but quickly bounced back by landing the role of replacing Paulo Fonseca at Roma.

Ever since he was announced as the next Giallorossi manager at the start of May, Mourinho has been linked with moves for various Premier League players.

One of those is Xhaka, who is facing an uncertain future in north London, with Arsenal manager Mikel Arteta and sporting director Edu planning a major squad rebuild this summer.

Xhaka made 45 appearances for the Gunners across the 2020/21 season, fulfilling an important role for Arteta in central midfield and at left-back.

He is contracted with the club until June 2023, but is one of a number of players who could reportedly be sold to help fund a recruitment drive in the off-season.

JUST IN: Mauricio Pochettino tells PSG he wants to quit to join Tottenham 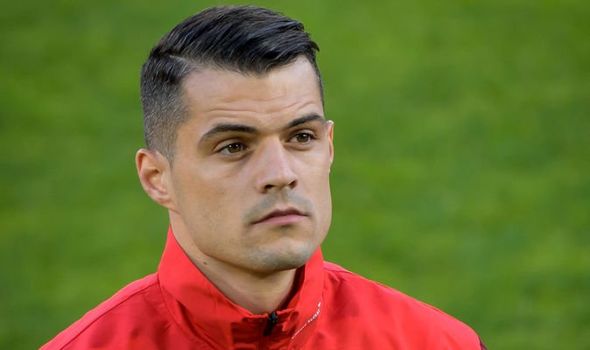 Arsenal have reportedly already rejected a bid of around £12.95million (€15m) for Xhaka from Roma, but the Italian club intend on returning with another offer.

According to Calciomercato, Roma are prepared to offer either Cengiz Under or Amadou Diawara as part of the deal for Xhaka.

Under has returned to the Italian club following a low-key loan spell with Leicester City in which the 23-year-old Turkish winger contributed two goals and three assists in 19 appearances.

Holding midfielder Diawara made 28 appearances for Roma last season, but just seven of those were starts in Serie A and Mourinho has reportedly deemed him surplus to requirements.

Xhaka recently addressed the speculation around his future at Arsenal, who he joined in 2016 from Borussia Monchengladbach.

“Of course, I read the rumours too,” the 28-year-old told Swiss newspaper Blick recently. “But now I’m one hundred per cent focused on the national team. That’s more important than Arsenal or rumours right now.

“I have another two years on my contract in London, and at Arsenal, they know what they have in me. When the time comes and we can, may or must talk about a transfer, I’ll be here.”

Although the Swiss midfielder has never worked under former Mourinho at his former clubs Porto, Inter Milan, Real Madrid, Chelsea, Manchester United and Spurs, he admires his approach.

“Honestly, I didn’t hear what Mourinho said, but that makes you proud,” Xhaka added. “Everyone knows Mourinho and what he has achieved. Mourinho knows how to win trophies.”