Like father, like son! Romeo Beckham follows in the footsteps of his dad David by signing a professional football contract with Inter Miami’s reserve team Fort Lauderdale

Romeo Beckham has followed in the steps of his dad David after signing his first professional contract this week.

The 19-year-old joined USL League One side Fort Lauderdale – the reserve team of MLS side Inter Miami which is owned by David.

After joining his new team, Romeo took it to Instagram to reveal the news and captioned it ‘follow your dreams’. 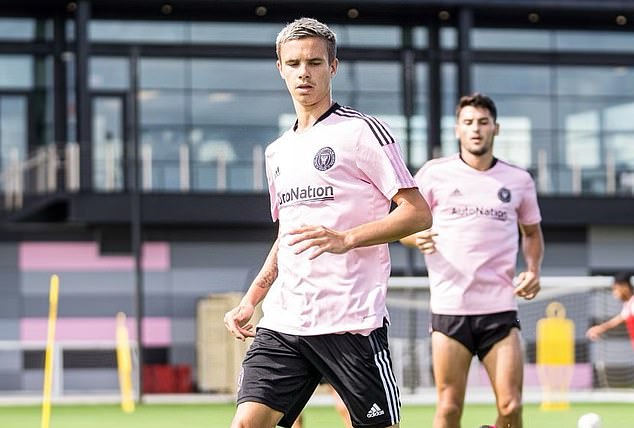 His mum Victoria showed her delight as she commented ‘ We are so proud of you Romeo x’.

Romeo has been training with both Inter Miami and Fort Lauderdale for the last few weeks.

He is a versatile player who can play in both defence and attack. 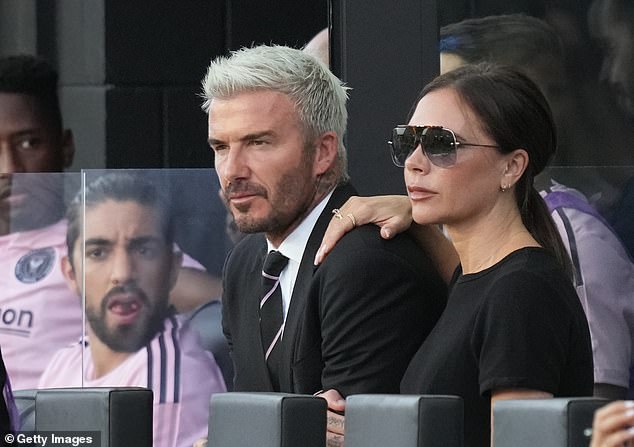 Fort Lauderdale are the reserve team of MLS side Inter Miami, which is owned by David (above)

According to Miami Total Futbol, he could make his debut for the club against Chattanooga Red Wolves SC this weekend.

Fort Lauderdale have won seven games in 20 so far this season.

Romeo will link-up with the son of Phil Neville, Harvey, who left Manchester United’s academy earlier this year.

‘He has taken some brave moves in his career, he came out to do some training and to see his dad and really enjoyed it.’