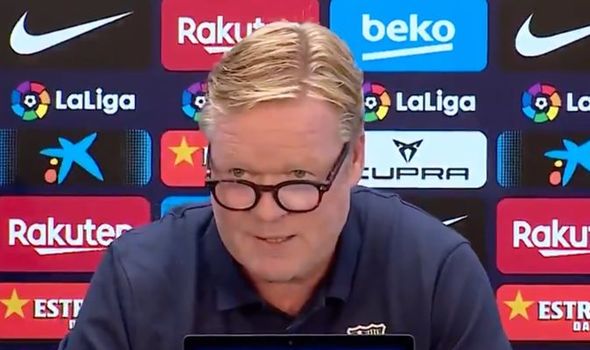 Barcelona boss Ronald Koeman sensationally avoided questions and instead read a pre-prepared statement in a bizarre press conference. The Dutchman has been placed under increased pressure to turn around the LaLiga giants’ fortunes.

Koeman has endured a difficult period at Barca and sections of the club’s fanbase have demanded that he be dismissed.

The Catalan club have experienced a particularly difficult week. A comfortable 3-0 Champions League defeat by Bayern Munich was a poor start to their European campaign.

Barca then needed a late Ronald Araujo goal to clinch a draw against winless Granada.

It has been widely reported that Koeman is on borrowed time at the Camp Nou. There have been several suggestions that president Laporta has already drawn up a list of potential candidates.

But Koeman has sensationally defended his position as head coach in his latest press conference.