Home » Soccer » Ronaldinho to be released from Paraguayan prison after paying £1.3m bail

Brazilian World Cup winner Ronaldinho will be released from jail into house arrest in Paraguay on Tuesday after he and his brother paid $1.6 million (£1.3m) in bail, the judge in his case said.

The former Barcelona, Paris Saint-Germain and AC Milan midfielder, who won the World Cup with Brazil in 2002, was arrested on 6 March with his brother and business manager Roberto Assis.

They were accused of possessing adulterated Paraguayan passports. The brothers’ lawyer has called their detention “arbitrary, abusive and illegal.”

The pair had been previously denied bail but the judge on Tuesday said the investigation carried out in the days since favoured the detainees.

Judge Gustavo Amarilla gave no further details but said there was no reason to keep the pair in custody given their huge bail payment and on the condition they do not leave the country. 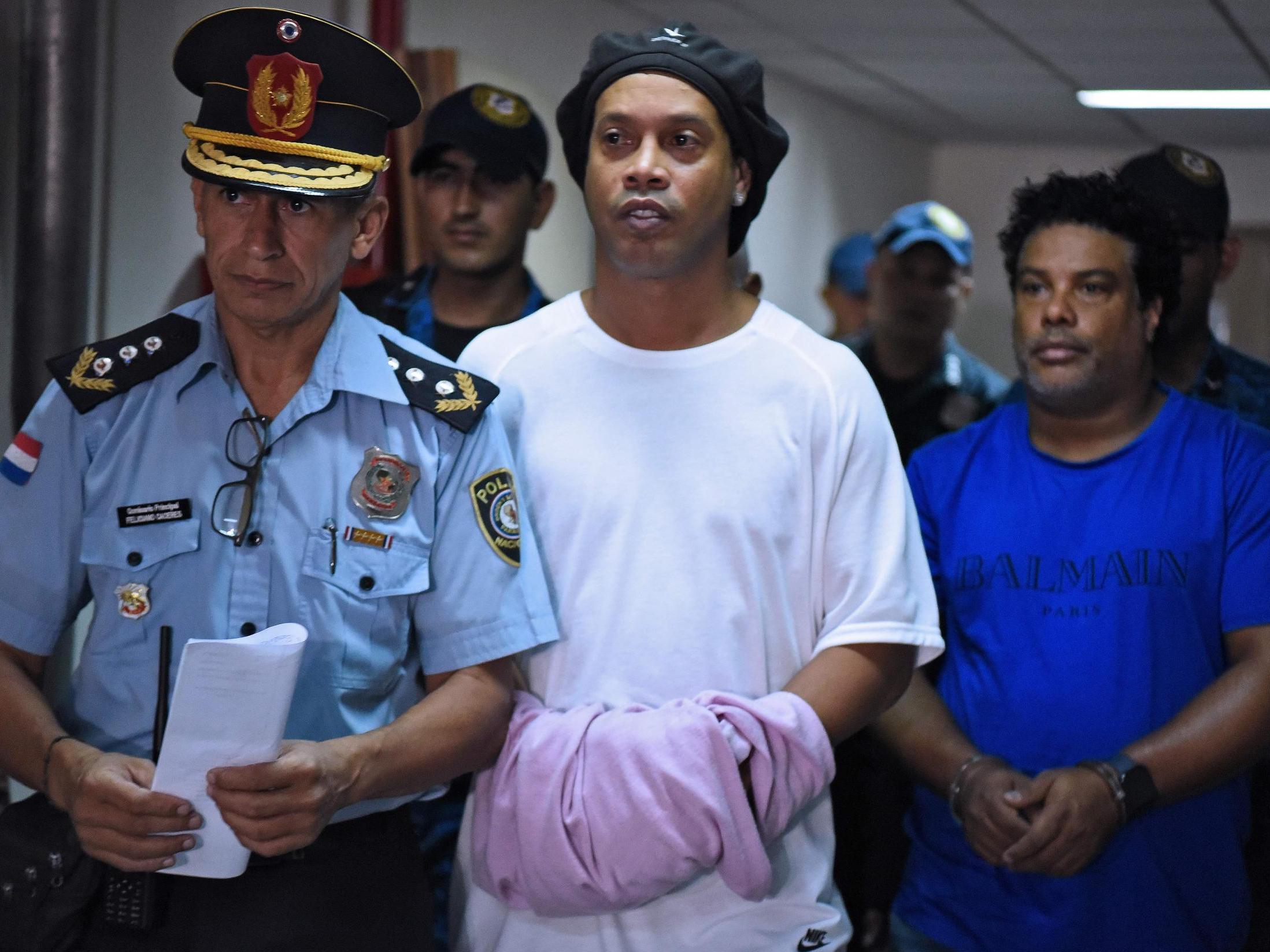 The judge relayed his decision to the brothers in a video call and granted them permission to move into the four-star Palmaroga hotel in Asuncion while they awaited their trial.

They are expected to leave prison on Tuesday and they will be allowed to receive visits in the hotel.

The two men deposited $800,000 each as bail into a local bank account on Tuesday.

“It’s a significant bail in cash to guarantee they will not flee,” Amarilla said.

He also won the Champions League with Barcelona in 2006 and was named FIFA world player of the year in 2004 and 2005.