Cristiano Ronaldo brings Portugal to Turin! Star ‘convinces chiefs to set up base at Juventus’ futuristic training ground’ so that the likes of likes of Bruno Fernandes and Diogo Jota can avoid coronavirus travel quarantine

Cristiano Ronaldo convinced Portuguese chiefs to move their upcoming World Cup  qualifier to the Allianz Stadium in Turin, according to reports in Italy, with the Juventus star keen for his national side to train at the club’s Continassa sport centre.

Earlier this month, Portugal were granted permission to change the location of their qualifier against Azerbaijan from Lisbon to Turin amid concerns Premier League stars would not feature with Portugal on the UK’s red-list of countries for Covid-19.

The likes of Bruno Fernandes, Ruben Neves and Diogo Jota would have faced a quarantine period in a hotel on their return to the UK, leaving chiefs on the hunt for a new location that would circumvent that issue. 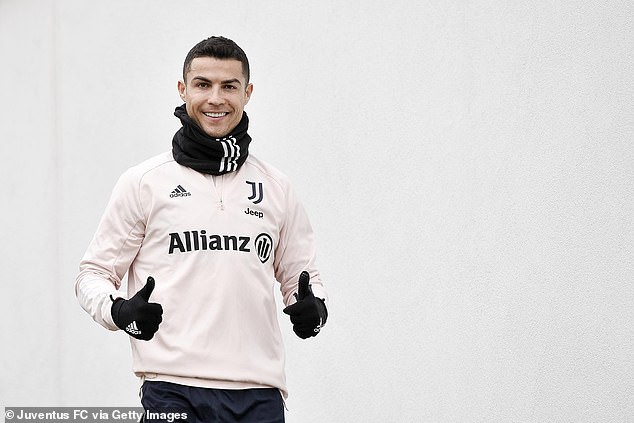 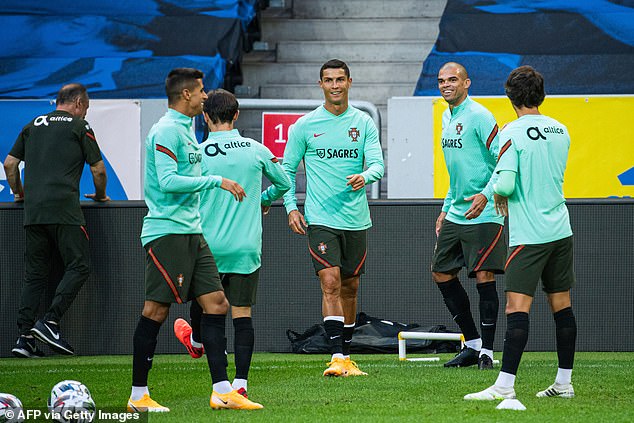 And according to Gazzetta dello Sport and Tuttosport, Ronaldo had a big hand in the Federation’s decision to switch to Turin, with the 36-year-old impressed with the Old Lady’s futuristic training base.

The 59,500 square metre centre, opened in 2018, comprises of four training pitches, a gym, pool and physiotherapy rooms and is the home for the senior team and U23 side.

In close proximity to the training ground is the J|hotel, owned by Juventus, which will also reportedly play host to the reigning European Championship winners when they visit later this month. 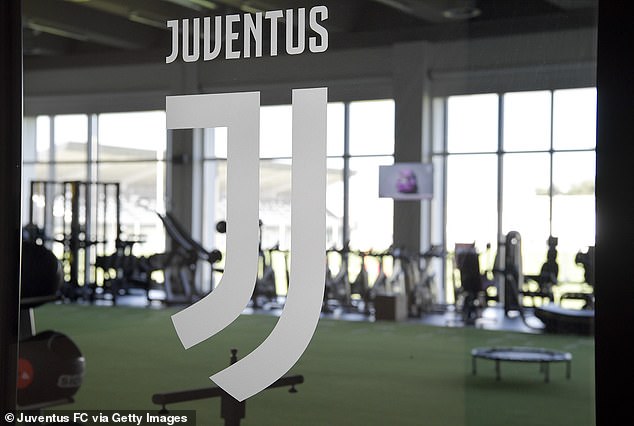 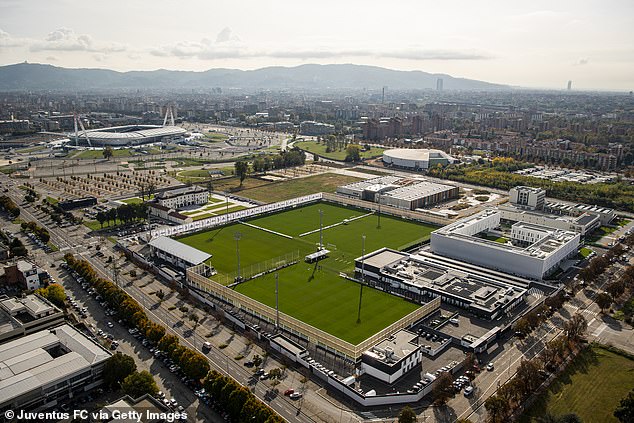 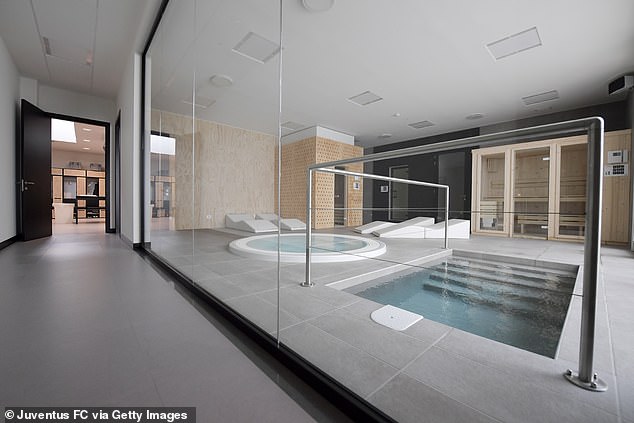 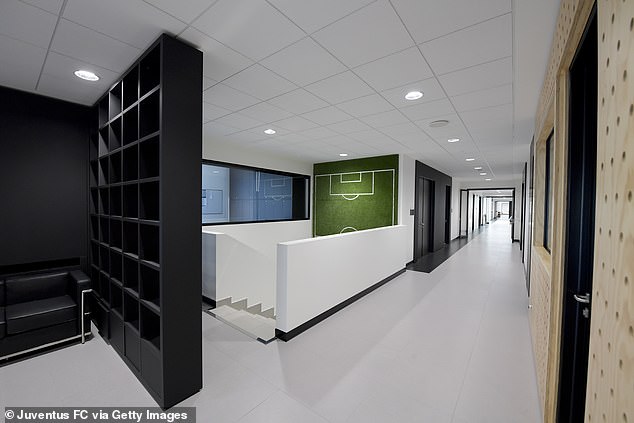 Portugal will train at the Continassa base next Monday and Tuesday before facing Azerbaijan at the Allianz Arena on the Wednesday. The squad will train once more on the Thursday before travelling to Belgrade to take on Serbia.

Ronaldo’s recommendation of the Juve training base speaks to his healthy relationship with the club amid reports he could leave Turin this summer.

The Italian giants have failed to advance past the quarter finals of the Champions League in the three seasons since he signed from Real Madrid.

At the age of 36, questions are being asked as to whether Ronaldo’s £28m-per-year wage is a worthy expenditure or whether the Italians should cut loose. 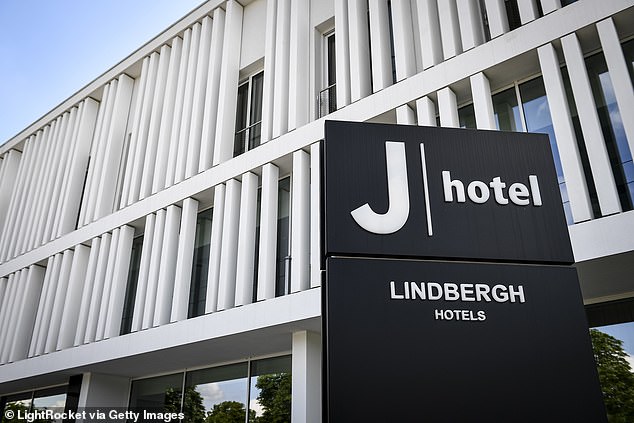 In close proximity is the J|hotel, which will likely host the squad during their stay in Italy 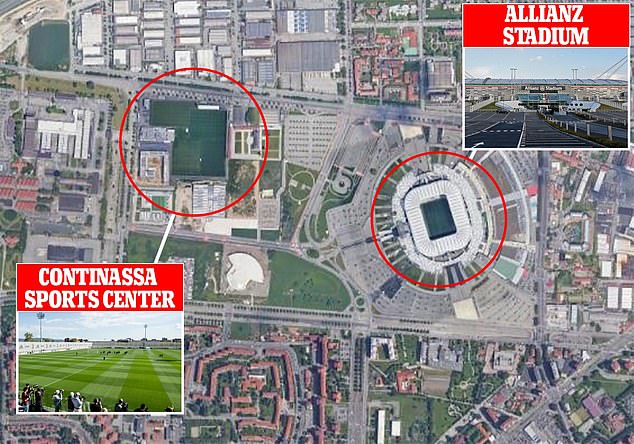 The training ground is a stone’s throw from the Allianz Stadium, where they play Azerbaijan 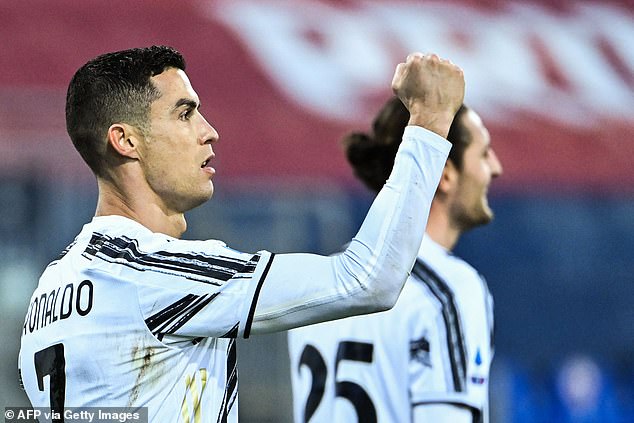 Ronaldo’s contract expires in June 2022 but there are concerns that interested suitors – such as PSG, Real Madrid and Manchester United – can match the salary paid by Juventus.

A return to either Manchester or Madrid would be warmly received by fans, though Tuttosport suggests that an Old Trafford reunion is most likely at this stage with Los Blancos looking to land PSG’s Kylian Mbappe this summer.

Mbappe will command a big fee, despite his contract expiring next year, with PSG chiefs confident they can tie down their man to extended terms.