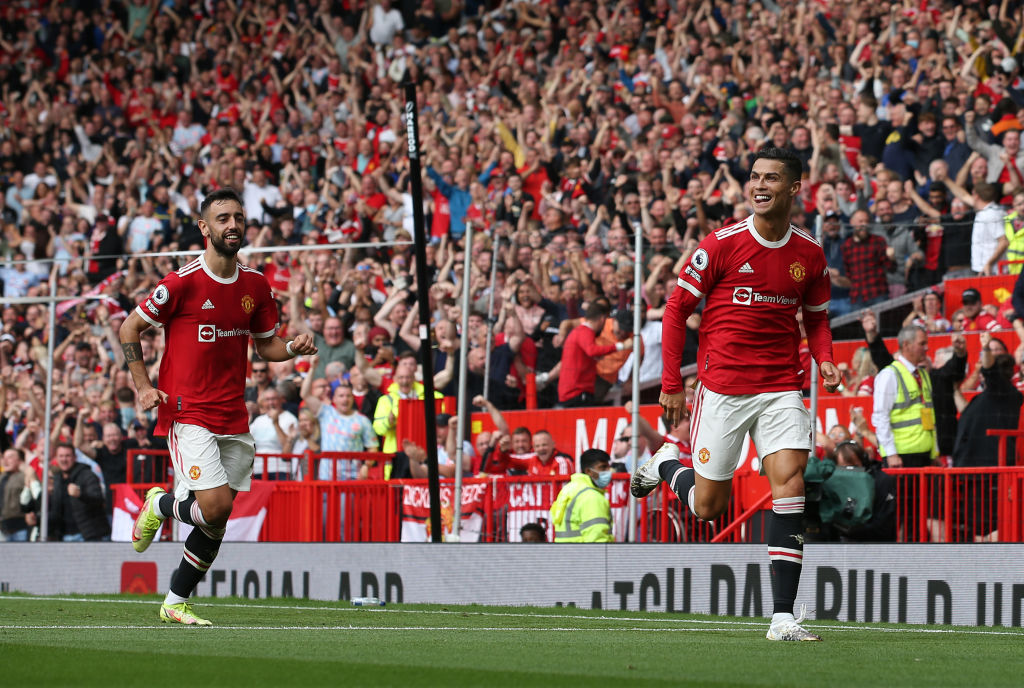 It was a day to remember at Old Trafford as Cristiano Ronaldo made an emotional return to the Theatre of Dreams.

The 36-year-old completed a stunning return to the club on transfer deadline day in August, returning to the north-west 12 years after his world record move to Real Madrid.

There was a question mark over whether Ronaldo would start against Newcastle on Saturday but Ole Gunnar Solskjaer threw the forward in from the start against the Magpies and he didn’t disappoint, scoring twice in a 4-1 victory.

Ronaldo’s every touch was met with fanfare by the 76,000-strong crowd at Old Trafford and the roar after both of his goals brought memories of old back, with Sir Alex Ferguson watching on from the stands.

Tickets for the game were selling for up to £3000 after Ronaldo’s arrival and one of the lucky spectators was the forward’s mother, Dolores.

The 66-year-old has followed her son’s career around the world but she was overjoyed at his return to United as she’s never forgotten the way the club treated her and her family during their initial six-year stay in the north-west.

And the emotion of the occasion was clearly too much as Dolores was spotted crying tears of joy after watching her son score on his return to the club.

United take on Young Boys in the Champions League on Tuesday and Ronaldo will be pushing to start in Switzerland.

Solskjaer opted for a front three of Ronaldo, Jadon Sancho and Mason Greenwood against the Magpies as Edinson Cavani was struggling with injury.

Fred, Donny van de Beek and Diogo Dalot could start against the Swiss side as Solskjaer is likely to rotate.