‘In terms of his brain he’s even better now than he was at his peak’: Wayne Rooney hailed by coach Liam Rosenior after turning around Derby fortunes

Wayne Rooney is a smarter player now than at any other stage of his career, according to Derby coach Liam Rosenior.

When the former England star made his debut on January 2, they feared being dragged into the Championship relegation battle, yet when the coronavirus pandemic halted the season, Derby were 12th in the table, only five points adrift of a play-off spot. 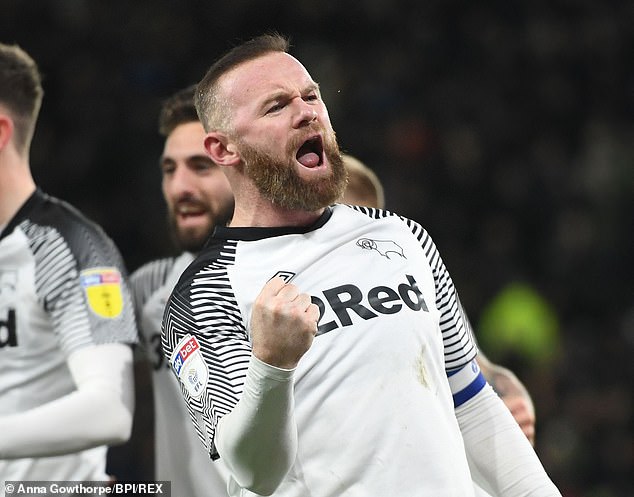 Rooney, 34, has played an active part in boss Phillip Cocu’s tactical discussions and has won immediate admiration from the Rams squad for how he has played – and behaved – during his stint at the club.

Rosenior said: ‘From a physical point of view he’s not where he used to be, but in terms of his brain he’s an even better player now than he was at the peak of his career, because he is helping four, five or six players around him all the time in his positioning and the weight of his passes.

‘He didn’t come swaggering in. He walked in like a normal guy and spoke to everyone in a normal way. I’ve already learned in a short space of time what it takes to be a world-class footballer. 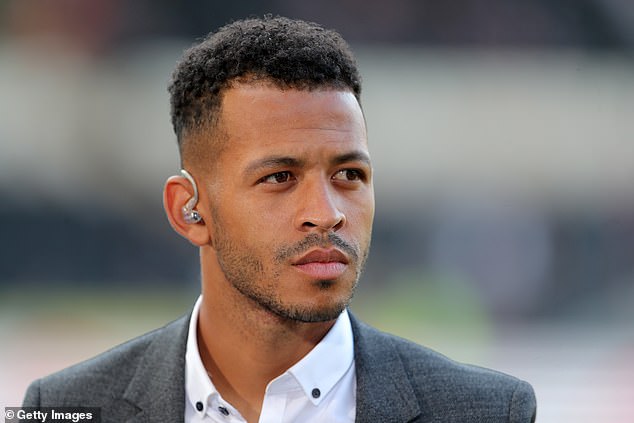 ‘He absolutely loves the game. When he finishes training he’ll come into the coaches’ office and all he wants to do is talk about football. He has an unbelievable mind for the game and you can see why with his performances.’

In his 16 appearances at the start of his 18-month deal with Derby, Rooney has operated either in a deep midfield role or as a No 10, with four goals and two assists.

Rosenior told Sky Sports: ‘He’s an outstanding footballer, but more importantly than that he’s a down to earth and humble guy.

‘He’s a massive name in football, but once that initial feeling of awe goes after a few training sessions he is just one of the lads, and that’s what he wants it to be like. He just wants to be a part of a team and a group.’