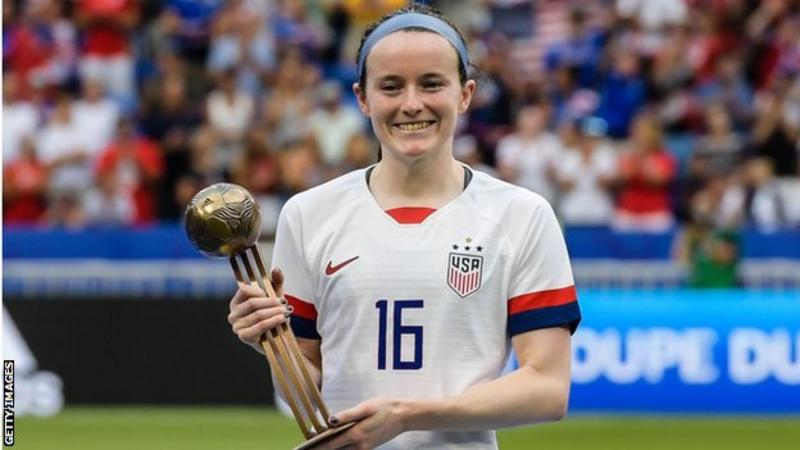 The 25-year-old scored in the final as the United States beat the Netherlands 2-0 to retain the World Cup in 2019.

“Lavelle is expected to sign an agreement to play outside the NWSL,” said a Reign club statement.

“As a result of the trade, OL Reign will control Lavelle’s future playing rights in the NWSL.

Lavelle has made 45 appearances for her country, scoring 12 times, and was named the third best player at the 2019 World Cup, behind compatriot Megan Rapinoe and England’s Lucy Bronze.

Reign chief executive Bill Predmore said Lavelle has “all the attributes to be the best player in the world”.

“While we would have loved to have Rose join our club today, she fits perfectly into our long-term vision for the squad,” he added.

“We are willing to make the necessary short-term sacrifices, exercise the needed patience and do whatever work is required to realise our goal of bringing Rose to OL Reign in the future.”