‘If you see me in lycra, run me over!’: Roy Keane gets out on his bike… but the notorious Manchester United hardman won’t be donning typical cycling attire anytime soon

Manchester United legend Roy Keane is making sure to stay fit during lockdown by getting out on his bike, but don’t expect to see him in full cycling gear.

Keane took to Instagram to post a picture of himself wearing a bright helmet, but said he won’t be donning anything beyond a tracksuit.

‘I’ll wear the helmet but if you see me wearing lycra, run me over,’ he wrote, posting a selfie. 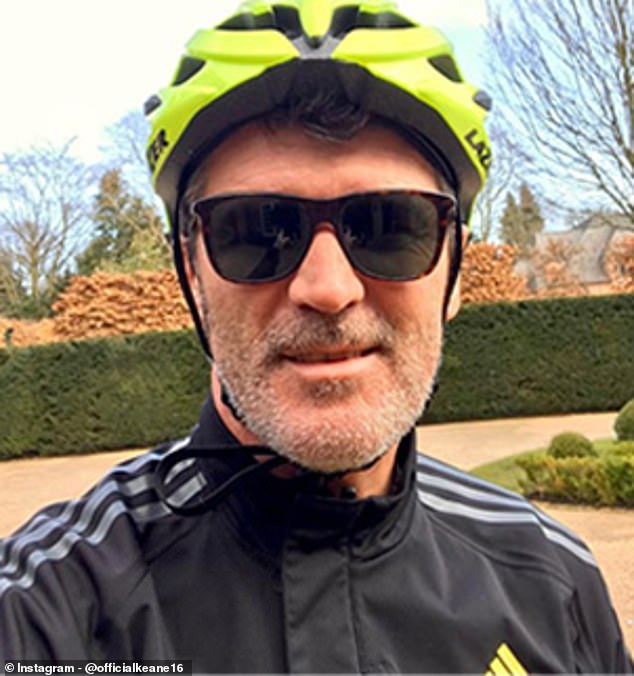 Roy Keane showed off his cycling gear on Instagram, but said he won’t be wearing lycra

Notorious for being a hardman during his playing career, it’s probably no surprise he doesn’t want to be seen in the tight, stretchy material.

Earlier this week, Alan Shearer revealed Keane ‘was standing at the top of the stairs waiting’ for him after seeing red in the famous 4-3 game against Newcastle.

Keane took a throw-in, and threw it directly at Shearer’s head, getting a red card from the referee in the closing stages of the game.

The row continued in the tunnel afterwards, with ‘choice words, bustling, and scrambling.’ 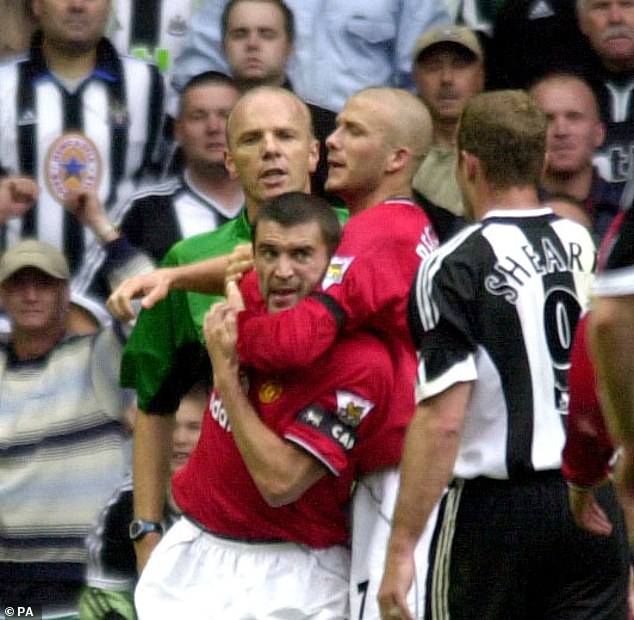 Keane has only been on the social media platform for a couple of weeks, but has already caused a stir with his pictures so far, gaining 1.2million followers already.

He has been critical of social media and selfies in the past, six years ago saying Arsenal’s players were more interested in taking selfies than winning trophies.

However, he posted a selfie with his dog in his first ever post, and followed that up on Valentine’s Day with a hilarious joke.

Captioned: ‘Don’t forget to show some love today,’ he posted a picture of himself getting strangled by another player during his early playing days at Nottingham Forest. 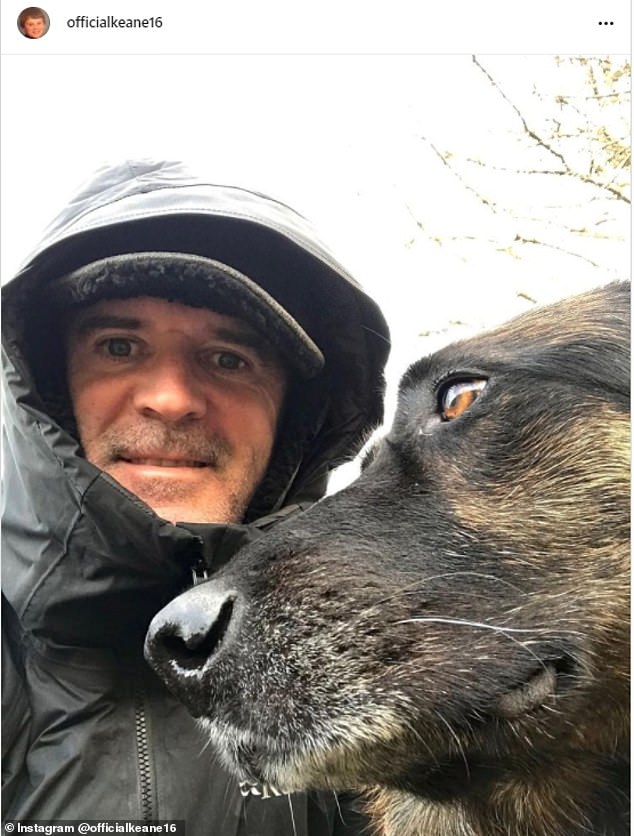