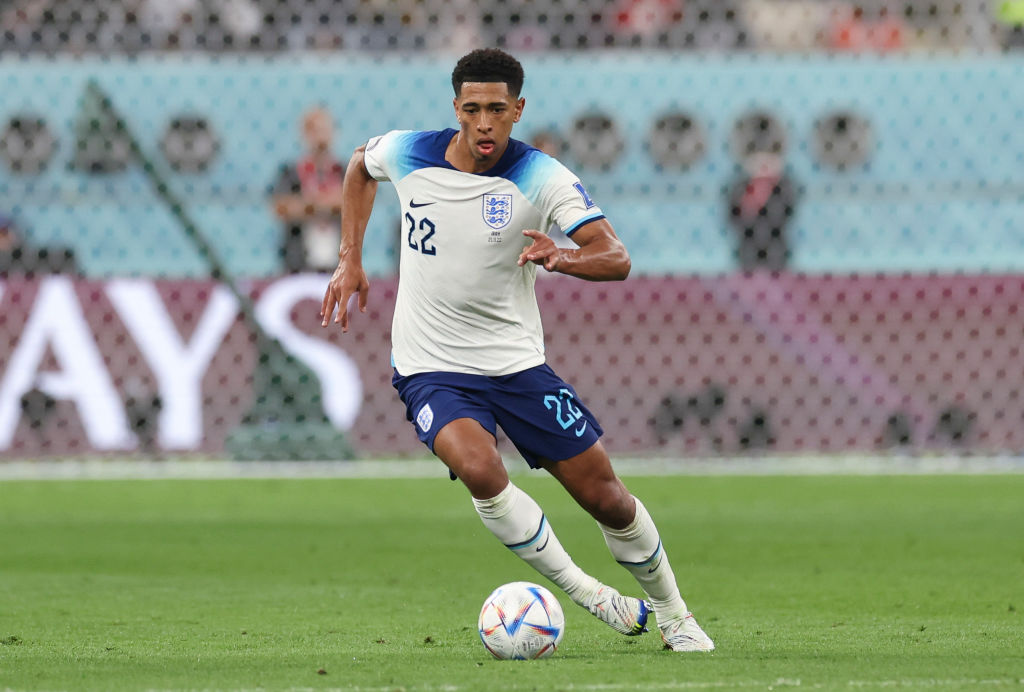 The 19-year-old was England’s star performer in an impressive 6-2 victory against Iran in Doha on Monday.

The midfielder opened the scoring with an expert header from Luke Shaw’s cross midway through the first half and he orchestrated the Three Lions’ play from his central midfield position.

Bellingham is expected to leave Dortmund at the end of the season and there’s already an intense battle on between Europe’s elite clubs to secure his signature.

The midfielder chose Dortmund over Manchester United in 2020, despite being shown around Carrington by Sir Alex Ferguson, Bryan Robson and Eric Cantona.

United are in the race to sign Bellingham but they trail the likes of Manchester City and Liverpool in the battle for the midfielder.

But Keane is clear about the midfielder’s qualities, with the usually difficult to impress Irishman hailing Bellingham.

Absolutely amazing, I think he is brilliant now. Absolutely brilliant, he’s made a point there about adding more goals to his game at international level, he does score at club level,’ Keane said.

‘He plays with a maturity, he’s got everything you want in a midfielder in the middle of the park in terms of his physique, his maturity, his decision making, his skill.

‘This finish here is fantastic. You remember all the brilliant England midfielders over the years people like Bryan Robson, Scholesy, Lampard and Gerrard.

‘If you can add to that to your game, that final bit of adding goals. As I said I think he’s a brilliant player anyway and this is a brilliant goal.

‘In his interview afterwards he comes across as a really good kid, playing very mature. The kid has got everything.’