At one point during a break in play early in the first half Ruben Loftus-Cheek stood towering over a sprawled out Frank Onyeka.

The pair had come together innocuously and the Brentford man came off second best, left on the ground holding his face and requiring treatment prompting Loftus-Cheek to return to the scene just to double check on Onyeka’s welfare.

It was a fitting image. Loftus-Cheek was head and shoulders above all comers in the midfield battle at Brentford and Chelsea’s standout until Edouard Mendy’s late heroics ensured they escaped their West London rivals victorious thanks to Ben Chilwell’s first-half volley. 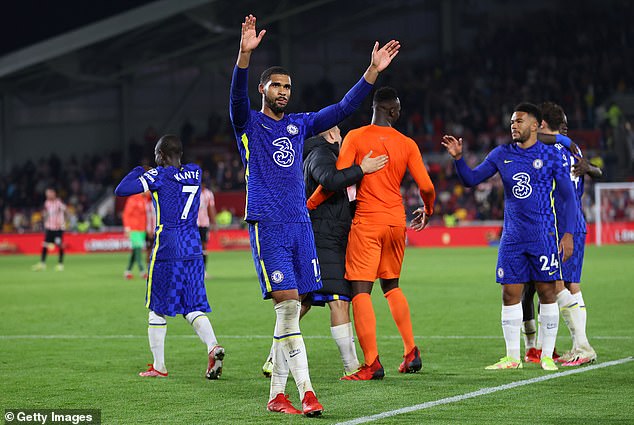 Loftus-Cheek’s was another display which suggested the extra fitness work he has been doing to stay trim, fit, strong and get back in the Chelsea side is paying off.

Onyeka, who was eventually fine to continue, albeit with a bandaged head in the second half, will testify to that.

And it is not just the performances but also the range of qualities he possesses that mean hopes will quickly rise again when it comes to the 25 year-old.

With all his gifts combined, the Chelsea academy product is a midfield talent that could be reasonably described as rare.

Added to his balance, ability to dribble and carry the ball long distances it is common to see him comfortably escape the tightest spaces and drive forward out of midfield. 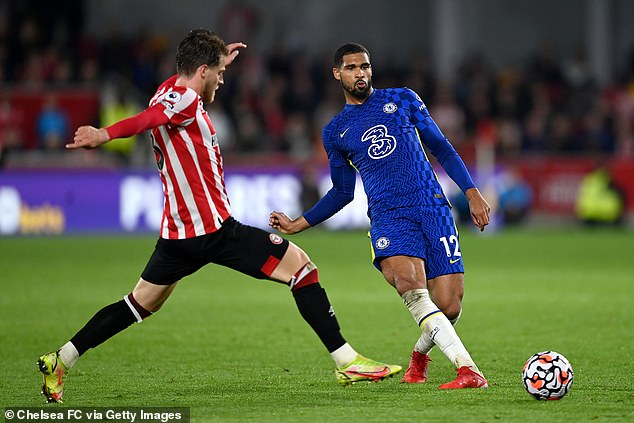 He can pick a pass, does not shirk defensive duties, has the size and stature that can make him unstoppable once he gets going or impossible to dispossess but also does much of his work with an elegance, composure and confidence.

Injury and misfortune have cruelly hampered the momentum of a talent who was earmarked from his early teens and made his Blues bow at just 18.

But so too at times has how he has been deployed.

Loftus-Cheek has been used as an advanced attacking midfielder, winger and even striker during his loan at Fulham last season, roles that fail to maximise his ability.

But Tuchel wants him at the heart of things as a central midfielder, as he was predominantly during his best Chelsea spell to date under Maurizio Sarri.

When supported by two teammates in the engine room to share the workload, as he was at Brentford, he has even more chance to influence proceedings, shine and breakout into one of his trademark runs when the opportunity allows.

And it is a tweak worth making when it brings out this version of Loftus-Cheek.

It has been a long way back to just this point for Loftus-Cheek since the serious 2019 Achilles injury that halted him following a successful loan spell at Crystal Palace, place in England’s 2018 World Cup squad and that progress he made under Sarri.

But he has never given up. With many of his teammates returning late due to the Euros Loftus-Cheek saw pre-season as a fresh chance to get in front of Tuchel early and stake his claim.

That mission has been accomplished and the signs for Loftus-Cheek are encouraging once again.

He said: ‘I’m enjoying all my time on the pitch. It is not somewhere I have played a lot in my career (deep). I started deep but with different managers I’ve just moved up. 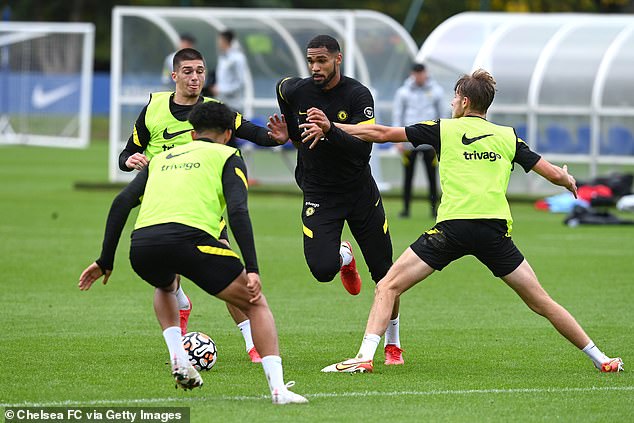 ‘I have to use my body and be aware of what’s around me. It is a position where you have to be safe a lot of time and dictate the play. It is hard sometimes as I wanted to run with it a lot more but I needed to be disciplined in this role and pick my three or four times to run forward but I enjoy it either way.

‘Anywhere I play, especially in the midfield, is just fantastic. I love being back at this club.

‘I had full intentions of staying after my Fulham loan so really happy to play and help the team.

‘The manager says if I play this position be strong, use my body, dominate physically and play as I play. If you over think stuff things can go bad. It is about playing and have to fun, and we forget sometimes with the pressure and having to win we have to enjoy it as well.’