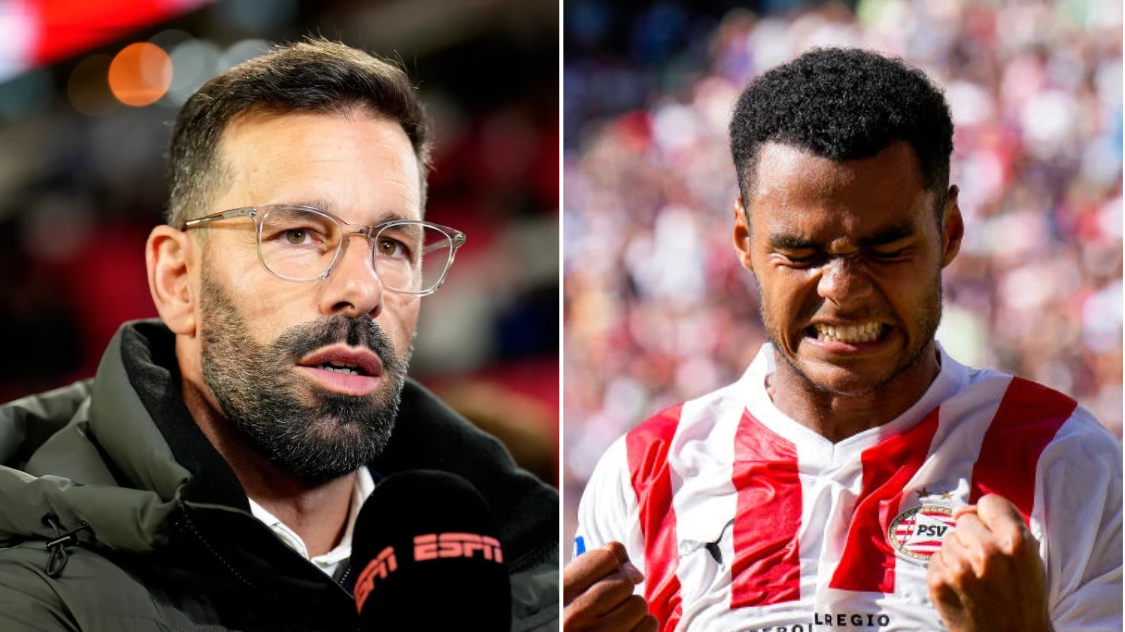 PSV Eindhoven boss Ruud van Nistelrooy says he will not stand in the way of Manchester United target Cody Gakpo if the club receive a suitable offer next month.

The 23-year-old has been in superb form this season – scoring nine times and laying on 12 assists in just 14 Eredivisie appearances – and enhanced his stock even further by netting three goals for the Netherlands at the World Cup.

Following the termination of Cristiano Ronaldo’s contract, United are believed to have made Gakpo their top target to replace the Portuguese superstar and are preparing a €50million (£43.1m) bid.

Van Nistelrooy has now begrudgingly conceded that an offer of that magnitude could be impossible to turn down and he would take great pride in seeing Gakpo move to a bigger club – though would rather he waits until the summer.

Speaking to Voetbal International on Saturday, the former United striker said: ‘It is wonderful how he has showcased himself.

‘I was able to help him from very close by and that makes me proud. And then I’ll give him his path when it comes.

‘If I have the choice, I prefer the summer, but it can also be now. You just know there comes a time when you can’t say no.’

PSV sporting director Marcel Brands has already made it clear that the forward will only be sold for a club-record fee, meaning any suitors will need to table a bid in excess of the €45m (£39.2m) Napoli spent on Hirving Lozano in 2019.

There had been suggestions that Gakpo might be persuaded to remain in Eindhoven until the end of the season, with the club just three points adrift of league leaders Feyenoord and very much part of the Eredivisie title race.

However, Gakpo is believed to be keen to make the move to Old Trafford now and was asked about rumoured interest from the Red Devils earlier this month, replying: ‘If Manchester United come I will think about it.’

United’s interest in the attacker dates back to last summer when he was considered a backup option if the club failed to prise Antony away from Ajax, who was Erik ten Hag’s top target at the time.