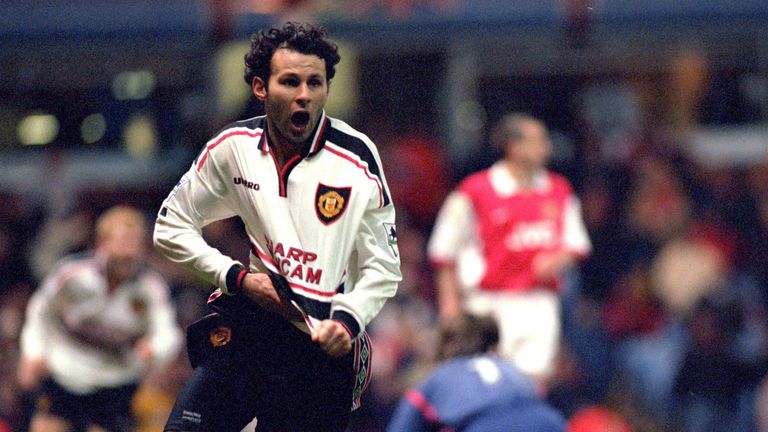 “I press stop as soon as the ball hits the net – I don’t want to see that celebration!”

Tuesday marks 21 years since Ryan Giggs ran down the wing and produced one of the finest FA Cup goals. It was the moment that convinced many that Manchester United would then go to clinch a famous treble in the 1998/99 season.

Martin Tyler’s commentary on April 14, 1999, has been replayed countless times over the years. Giggs was a special guest on The Football Show on Tuesday and talked through the sensational goal when, as Tyler rightly proclaimed, he “cut Arsenal to ribbons”… 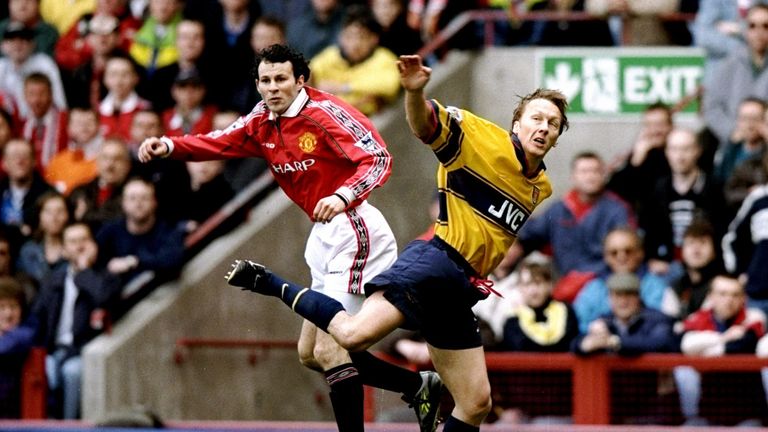 Arsenal and United had played out a stalemate during the original semi-final tie at Villa Park just three days earlier. The replay was in the balance after Dennis Bergkamp had cancelled out David Beckham’s opener.

Roy Keane was sent off with 16 minutes remaining to give Arsene Wenger’s side a numerical advantage. Bergkamp had the chance to seal the win for Arsenal but Peter Schmeichel’s late penalty save sent the game to extra time…

Giggs told Sky Sports: “I’d come off the bench, and I was having a bit of a nightmare, actually! I gave the ball away a couple of times, and I said to myself, ‘Ryan, next time you get the ball, have a dribble’. At that time, we were down to 10 men, and I was just going to run at the defence.

“It was one of those times which happens in your career when it was purely instinctive. I had nothing in my mind… it was just a case of running with the ball and beating the player in front of me.

“The next thing I knew, I was in the box, and I just decided to shoot. Scholesy was actually free inside the box… he was screaming at me to square it, but I didn’t even see him. It was just instinctive – normally, I’d see the player free inside the box, but I just thought of shooting. 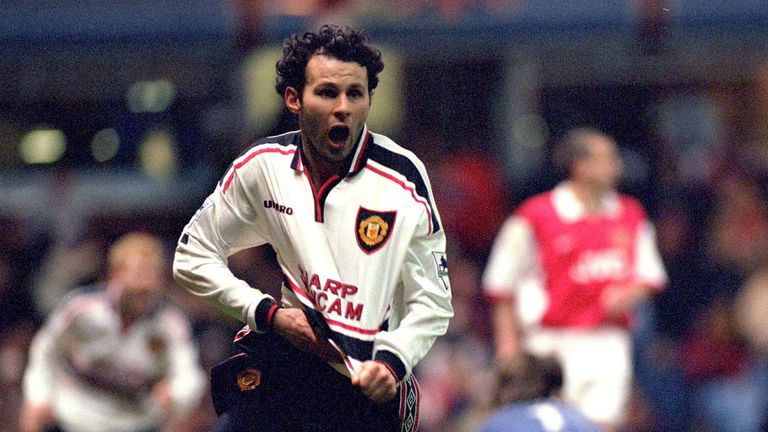 “If you look back at the goal, once there’s two defenders, it can be better for me because they were relying on the other to tackle me. None of them actually committed, whereas if it was just Patrick Vieira on his own, he’d have probably taken me out. He saw Lee Dixon was in front of me and must have thought his team had it covered.

“It was also extra time, so perhaps Patrick was tired whereas had it been in the first few minutes, he’d have taken me out without a second thought.” 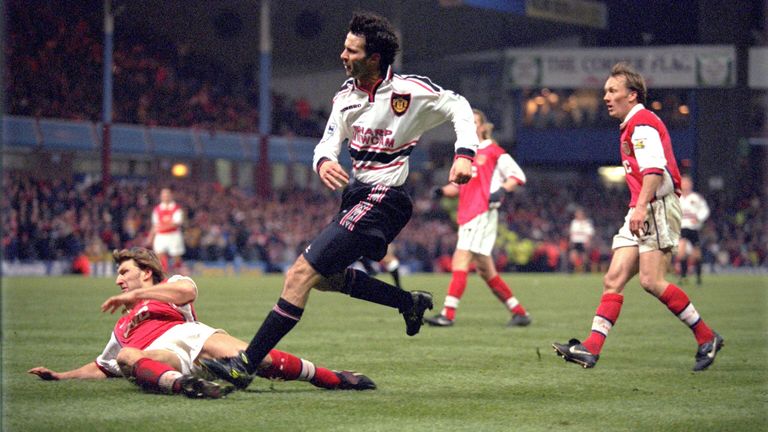 Paul Scholes thought about joining Giggs in taking his shirt off, as the goalscorer whirled his jersey over his head like a helicopter and headed down the touchline, bearing his chest.

It was a moment of extra-time magic from the Welsh wizard which had fittingly settled a ferocious content played out over 210 minutes. But what has Giggs been asked more about since that day – the goal, or the celebration?

“It’s probably half and half!” he added. “I press stop as soon as the ball hits the net, I don’t want to see that celebration! But it was only a few years ago when Scholesy mentioned it during a Q&A. Scholesy went to take his top off, and that would’ve got me out of jail! 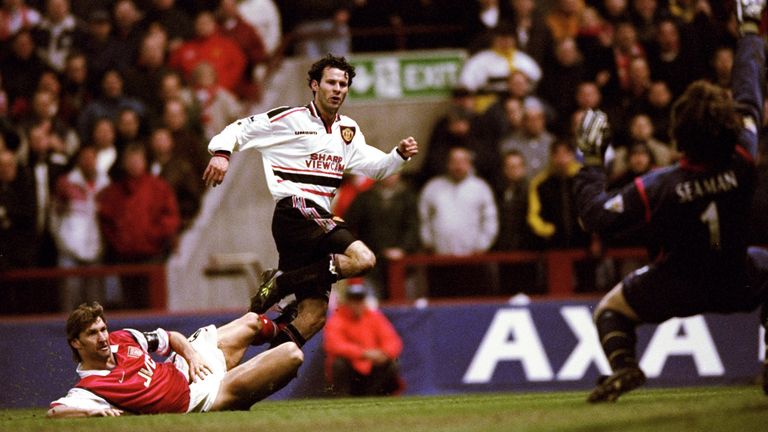 “Instead of seeing my hairy chest, you’d have seen Scholesy’s white chest running after me, so that would’ve got me out of jail.

“It was a celebration I’d never done before and have never done since. I’d been pretty boring with my previous celebrations with just one hand up running off, but it was just how big a game it was and the emotions were riding high. It had a lot to do with the rivalry we had with Arsenal.” 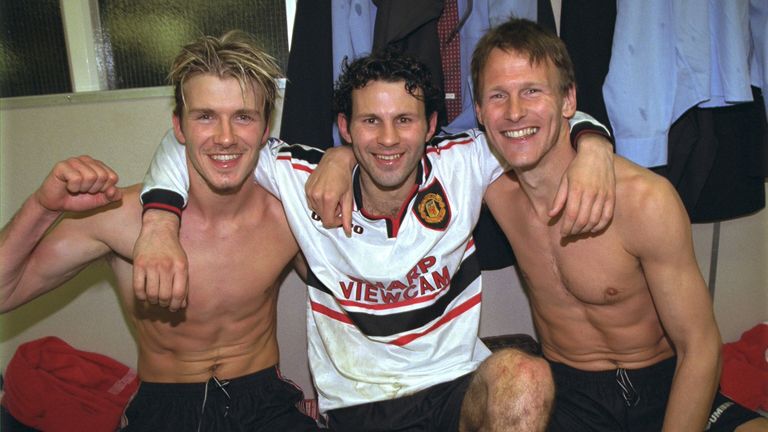 United would go on to lift an unprecedented treble that season, with many seeing Giggs’ goal as the major catalyst during the run-in as Sir Alex Ferguson’s side secured a fifth Premier League title – finishing one point above Arsenal – a 10th FA Cup and a second European Cup.

Giggs said: “When I was playing, I never watched it, but since then I’ve had kids and they’d never really see me play – especially at this time, so it’s good to watch it back with them. This was a time when ourselves and Arsenal were two brilliant teams, and we were so alike.

“We had the same sort of football ability and the same fight. We had similar characters and two great managers, so at that time, the rivalry between ourselves and Arsenal was at its peak.

“There was nothing between the two teams, with both of us going for the league and the FA Cup. That season was the pinnacle, without a shadow of a doubt. The Nou Camp [when United beat Bayern Munich in the Champions League final] was not a great game, we hadn’t played well, but it was the best moment I’ve ever had on a football pitch.

“When the final whistle went, that was the best moment. We made comebacks so many times, and we had such a great squad. In that Arsenal game, Scholesy, myself, Dwight Yorke, Andrew Cole didn’t start so it just showed the strength in depth we had.

“We had to perform at that high level every game, especially after Christmas, playing against Inter Milan, Juventus and Bayern Munich, and we managed to achieve that.”

Could Giggs have joined Inter Milan? 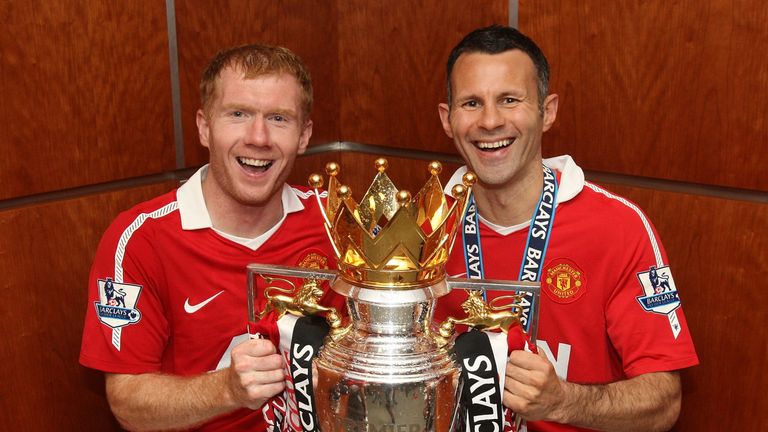 Giggs has revealed there was a chance he could have joined Inter Milan in 2003, the summer David Beckham departed Manchester United for Real Madrid.

The 46-year-old was asked by Jamie Carragher if there was ever a moment where he came close to leaving Old Trafford.

He said: “Not really, but as a footballer you always want a challenge and I felt there was one at the start of every season, whether it was defending the league winning it back, or having won a couple of leagues in a row and wanting to go on to win the Champions League. There was always a challenge.

“Around 2002-2003, the summer that David Beckham left [2003], there was talk of me potentially going to Inter Milan. I hadn’t heard anything but I then didn’t have the greatest of starts to the next season but I ended up doing OK. There was a lot of talk of one of us going [at the end of the 2002/03 season].

“David ended up going, but that was probably the closest I ever got to leaving. But I never wanted to leave. I always wanted that challenge every year. I was part of a team that I loved playing for.” 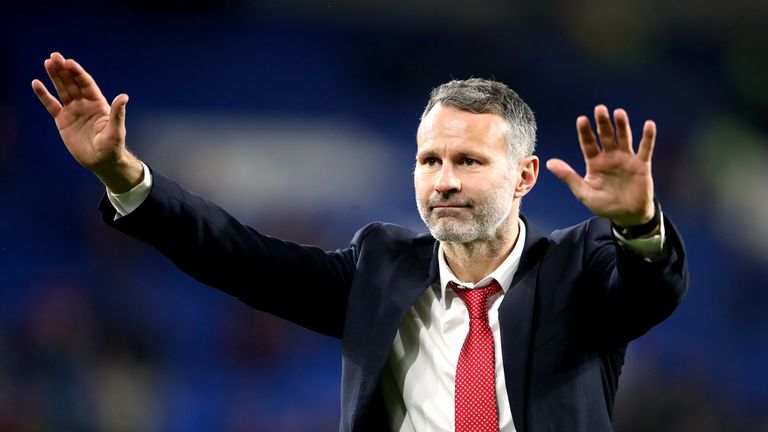 The Wales manager also reflected on the disappointment of Euro 2020 being postponed, with nations facing the prospect of playing three games during the next scheduled international break in September as opposed to the usual two fixtures.

He said: “The play-offs for the Euros still have to be played, so they have to find time with the Nations League also needing to be squeezed in.

“It’s a really important time for international football because we’ve got a really condensed calendar coming up with the World Cup in 2022. There has to be a plan short-term, medium-term and long-term. I feel there could be triple-headers in September and October.

“We were looking forward to preparing for the Euros but it’s not the end of the world and we wanted everyone to get back to normality. For me, it’s not as problematic as it is for the Premier League managers.

“I just have to plan ahead for the Nations League. We’re aiming for September with triple-headers. Three games rather than the usual two games. They’ve earmarked the Euro play-offs for November, it’s going to be different but just like everyone else, we’re just waiting.