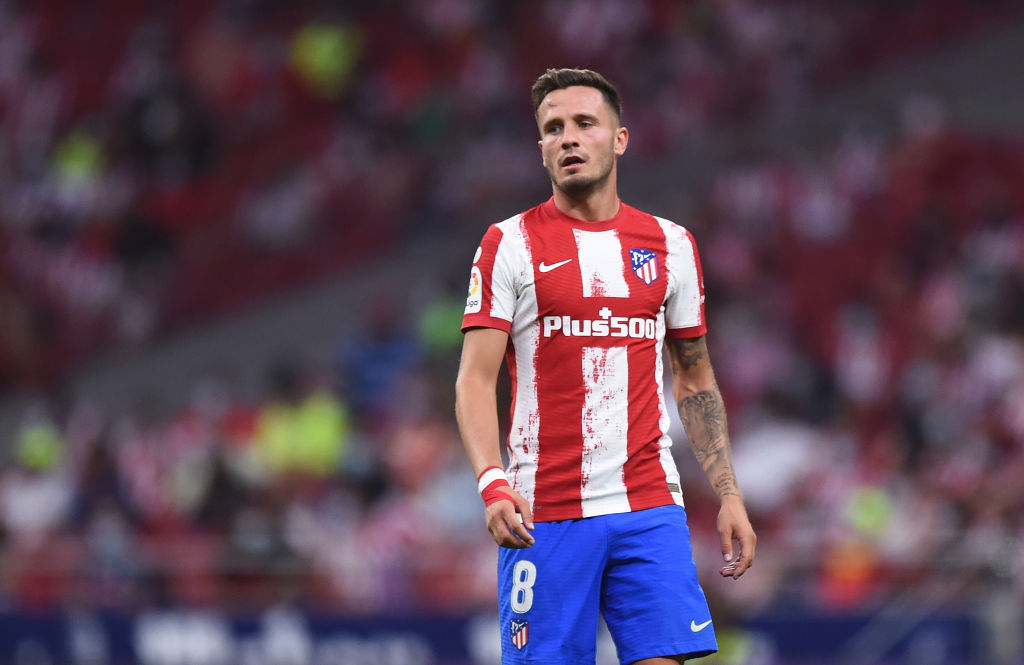 Saul Niguez says the opportunity to play in midfield once again was key in his decision to join Chelsea – also suggesting he might not have joined the Blues if it wasn’t for Kepa Arrizabalaga.

Saul joined Thomas Tuchel’s side in the final hours of the summer transfer window on Tuesday, arriving on a season-long loan with the option to buy.

Despite Atletico’s league success last term, the Spain international endured an underwhelming season where he struggled for game time in his favoured midfield role.

Speaking on his Twitch channel following confirmation of the move, Saul said: ‘I don’t know if I would endure a season like last year or two years ago. I know I could have been happy for a few days or a few weeks at home.

‘But I needed to find myself again and the possibility of Chelsea arose, a true European champion. It is the most complicated thing, the decision to leave, because I am leaving alone without my wife or my family and hardly knowing English.’

Saul hopes to earn minutes playing in his preferred no8 role at Stamford Bridge this season.

‘The only negative was not playing in my position [at Atletico],’ he continued.

‘I could not show what I would like. I had a block in my head that did not allow me to play in another role. Chelsea’s option was to leave my comfort zone. It won’t be easy to get into that team.

‘At Chelsea I will train in my position. Then we will see if I play. That is the biggest cause of my decision.

‘I want to go to Chelsea, try the experience and then see what happens. I don’t want to think further. I want to go, compete and help Chelsea.

A move to Chelsea sees Saul link up with former Atletico teammate Kepa with the 26-year-old admitting he might not have settled on a move to London if it wasn’t for the presence of his old friend.

‘It is very important that he be there. It is an important step. If he had not been there, it would have been different.’