It’s not unusual for clubs to engage in so-called ‘mind games’ with their opponent ahead of a big match.

But the latest attempt from Slavia Prague has to be one of the strangest efforts ever seen.

The Czech side are facing Leicester City on Thursday in the last-32 of the Europa League.

And ahead of the match, a video on the club’s YouTube channel featured reporter Jiri Hozek claiming that the Foxes’ goalkeeper Kasper Schmeichel is ‘overweight’ and is ‘wearing a corset’ during matches.

It was a bizarre show of disrespect to a Premier League-winning goalkeeper who has made over 200 appearances in the top division of English football and has 60 caps for Denmark. If top international goalkeeper Schmeichel needs to wear a corset, what hope do the rest of us have?

Jaroslav Tvrdik, president of Slavia Prague, has since apologised for the video.

“We are sorry that some of the opinions put forward could have been interpreted as offensive,” he said. “It was not our intention. We are looking forward to both games.” 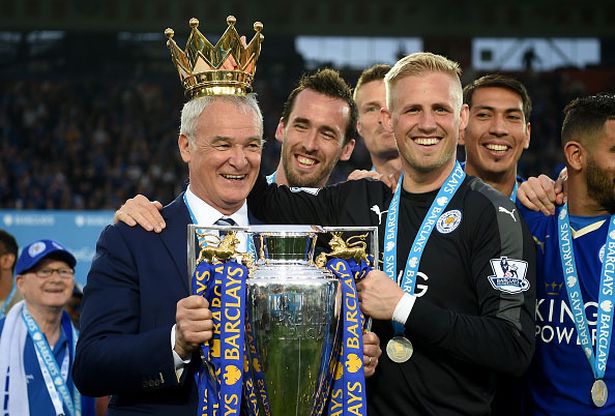 But the damage had already been done, with Leicester fans predictably but understandably voicing their anger at the ludicrous accusations on social media.

“If you watch it you will get to the part where Kasper Schmeichel is praised for his performance and described as one of the key players for the team. We have great respect for the club,” they tweeted. While Leicester have made no official response, their best action will be to do their talking on the pitch on Thursday.

Brendan Rodgers’ side are firm favourites to qualify from the tie and will be expecting to return home with a decent result.

As long as Schmeichel is in decent enough shape to save any shots, they should have a good chance of winning.