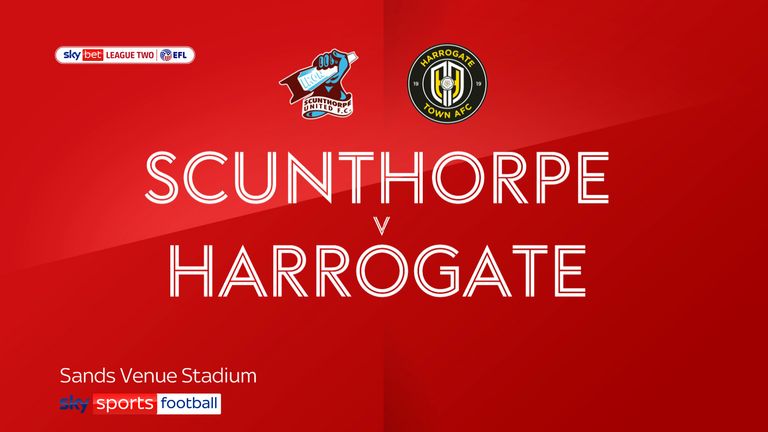 Striker Ryan Loft made one goal and scored another as Scunthorpe secured a fourth successive win with a 3-1 success over Harrogate.

Loft fired the Iron ahead right at the end of the first half, after Josh March’s penalty had cancelled out Devarn Green’s opener, before substitute Lewis Spence sealed the win in the 90th minute.

The home side went in front in the fourth minute when, following neat play between Loft and Alex Gilliead, Green had time to control the ball and lash home at the far post.

After a shaky start, Harrogate soon became the side in the ascendancy and almost immediately after Loft saw a close-range finish ruled out for offside in the 26th minute, the visitors levelled from the spot – on-loan striker March firing in after having his heels clipped by George Taft in the box.

Harrogate continued to look the likeliest to add to the scoring until a lofted pass from Alfie Beestin in first-half stoppage time caught the visiting defence napping and Loft controlled well and finished clinically.

Both sides struggled to create much in the final third in a scrappy second half, with Spence producing the one moment of quality when finding the top corner from 25 yards.