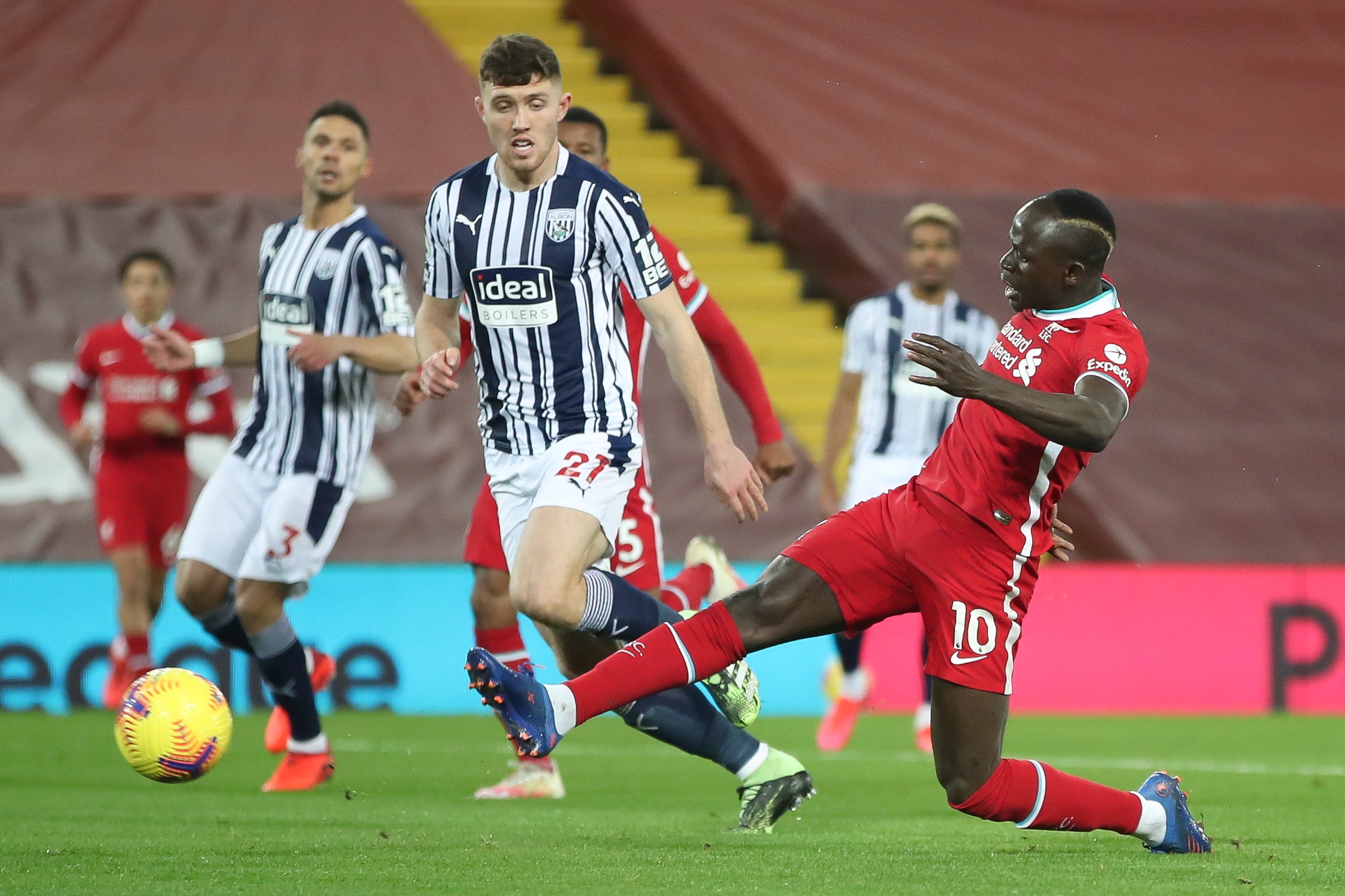 Mane struck the opener for the Reds

Joel Matip directed a line-breaking ball into Sadio Mane on the edge of the area. In a split-second, the forward controlled it on his chest, spun away from Semi Ajayi and smashed a half-volley past West Brom goalkeeper Sam Johnstone.

The godly touch, supreme balance and how simple Mane made an incredibly complex piece of play look, was a tonic to an otherwise hard-to-watch half.

Jordan Henderson completed 85 passes in the first half for the hosts, almost twice as many as West Brom (46) managed in total. That was a perfect snapshot of the shape of the game.

Allardyce gambled on affording Matip, Fabinho and Henderson the time and space to supply long balls into the forwards.

The opener had come from taking such a risk, but considering how teams like Wolves have been recently demolished here, the 66-year-old viewed it as the lesser of two evils.

After the break, his men started to mix their defensive doggedness with offensive ideals. As the minutes ticked on, Liverpool became anxious about only having a one-goal cushion, while West Brom were evidently emboldened by it.

The loss of Matip through a groin injury saw teenager Rhys Williams replace him, which gave the struggling side further confidence.

Naturally, it was still Liverpool pushing to add to their tally, but West Brom were succeeding in making the match as scrappy as possible, slicing through the rhythm of the champions’ attacks. 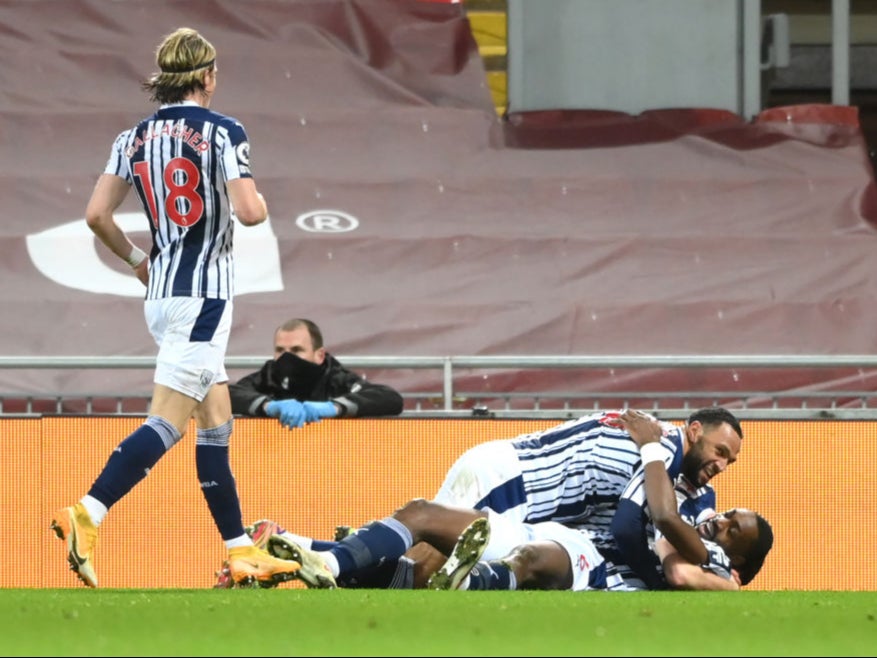 The Baggies celebrate after Ajayi equalises

The one moment the visitors had waited and wished for landed at Karlan Grant’s feet. A long punt forward to clear a Liverpool move gave the striker a chance to beat Williams to the ball and he skinned him.

Left facing a one-on-one, Alisson adjusted his body to narrow the angle for Grant while reducing his time to take the shot and saved the effort with his legs. The ‘Big Sam’ masterclass, as seen on this ground before, was only delayed, not denied.

Liverpool tried to desperately force a second goal, which made their play anxious and loose.

They kept gifting their opponents possession and opportunities, which they ultimately seized.

On 82 minutes, Matheus Pereira took a short corner and his cross was met by Semi Ajayi, who towered over Fabinho and sent a header off the inside of the post and in.

Johnstone ensured the point was secured with a top-shelf late save. Substitute Alex Oxlade-Chamberlain’s deep cross was headed towards the far corner by Roberto Firmino, but the goalkeeper leaped to his left to thwart the Brazilian and Liverpool.