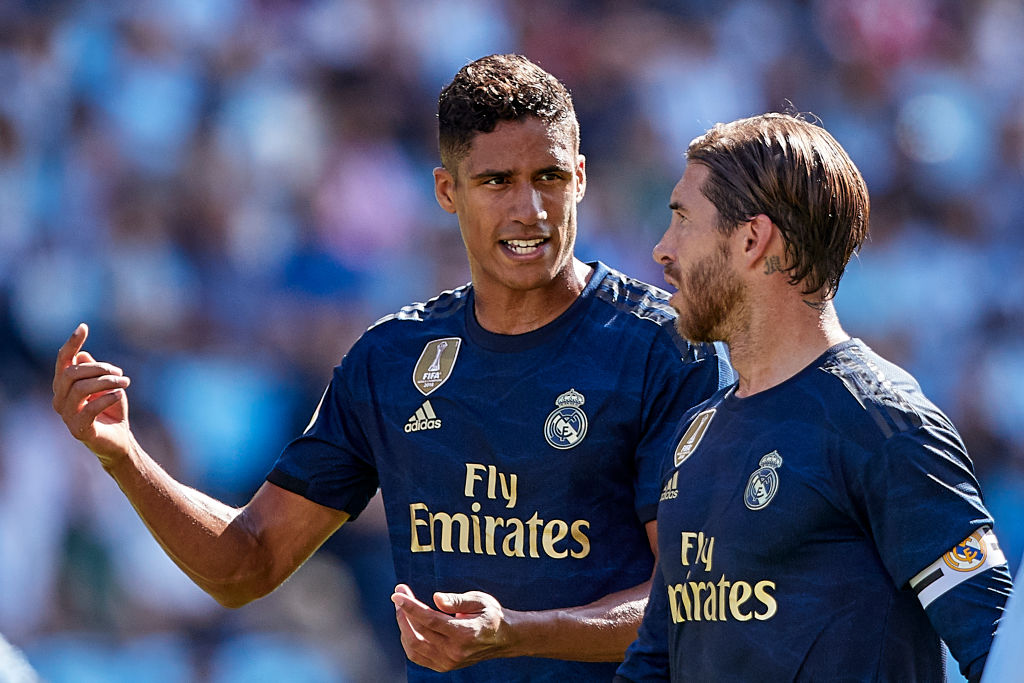 Sergio Ramos has sent a message of support to Raphael Varane following his move to Manchester United.

Varane is on the verge of officially completing his switch to Old Trafford after United agreed a £41 million fee with Real Madrid earlier this week.

Ramos, meanwhile, left Real Madrid earlier this summer after 16 years at the club to join Paris Saint-Germain on a free transfer.

During their time together at Madrid, Ramos and Varane formed a solid defensive partnership and helped the club win 18 major honours, including three La Liga titles and four Champions League trophies.

And Ramos has now sent a special message to his former Madrid teammate.

‘Dear Rapha, I can only thank you for these years of friendship, companionship and triumphs, and wish you luck in a new stage that will surely be exciting,’ Ramos wrote on Instagram.

‘If we face each other, always with the team of your country, right? Take care.’

‘Of course, I’m very happy that we’ve managed to get the deal with Real Madrid,’ said Solskjaer.

‘He’s a proven winner and a player we’ve followed for many, many years. I know Sir Alex was very, very close to signing him and this time around we’ve got him at the other end of his career.

‘He’s proved over his whole career what a good person he is, first of all. [He’s a] professional and he’s won all there is to win.’