‘He had some discomfort’: Quique Setien reveals Frenkie de Jong asked to be substituted during Barcelona’s 4-0 victory over Real Mallorca in injury concern for the Dutch midfielder

Barcelona manager Quique Setien has revealed Frenkie de Jong asked to be substituted in the latter stages of Barcelona’s 4-0 La Liga return victory over Real Mallorca due to injury.

The Catalan giants marked their return to action after a three-month absence with a convincing victory over the relegation-threatened side, with goals from Arturo Vidal, Martin Braithwaite, Jordi Alba and Lionel Messi securing the points.

De Jong started in central midfield in the dominant performance but was substituted for Junior Firpo with six minutes remaining after the player reported some ‘discomfort’. 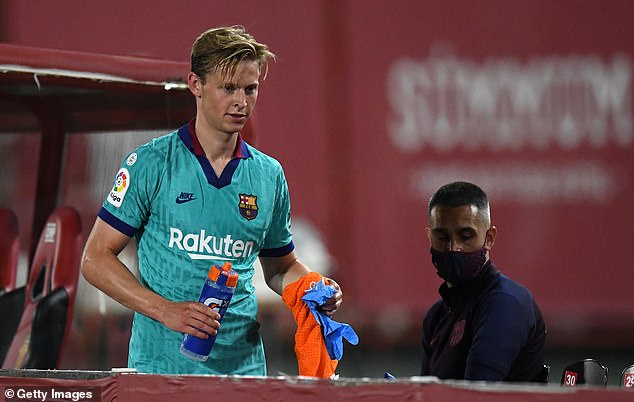 It looked as though Barca had managed their return without any hitches, but the injury to de Jong may be a concern to Setien, who will have to oversee a busy period of matches for the title-chasing side.

‘The result has made it easier for us and we have done more or less what we wanted to do, except the last change of Frenkie de Jong, who has asked for the replacement when we had thought of another’, Setien said after the game.

‘He had some discomfort that I hope is nothing. I want people to be fresh and that will help us because the level that I have in the squad will allow it. 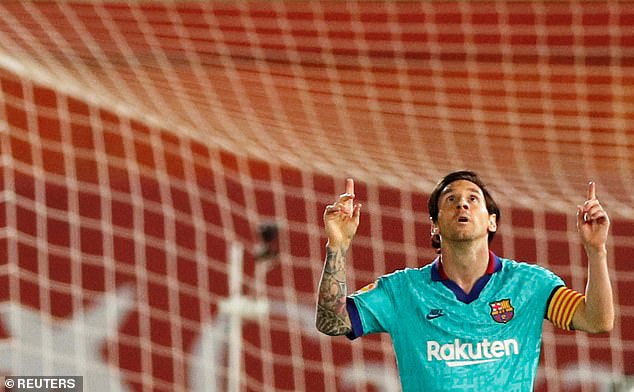 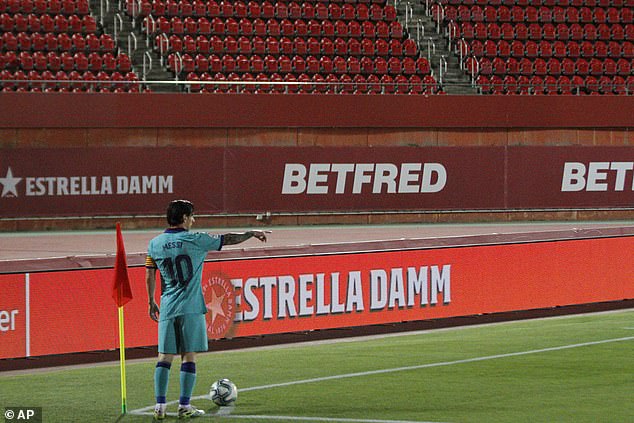 Barca’s next game is in two game’s time against Leganes before a Friday-night game against Sevilla, and Setien believes utilising the full depth of the squad will be crucial in the weeks to come.

‘Some will rotate less, but with games so close, everyone will rotate and that will give us the ideal freshness. All the players are fundamental and competitive,’ the Spaniard added.

De Jong is still in his first season at Barca after signing from Ajax for £67million last summer and is regarded as one of the hottest prospects in world football. 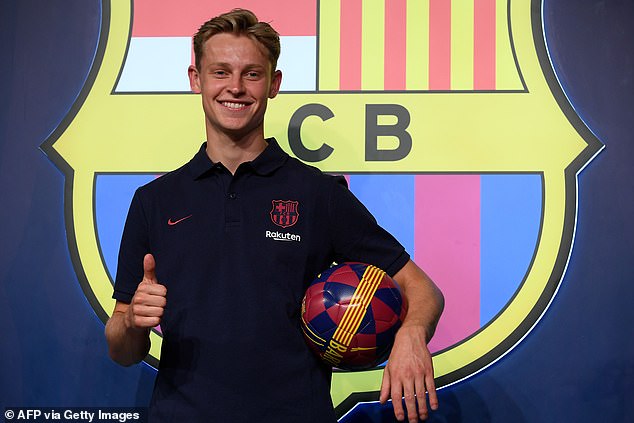 Despite this, the 23-year-old’s inaugural Barca season has not been the smoothest after being asked to play in several different positions and systems as Ernesto Valverde, the manager who signed him, left the club in January.