A Blade forged in Spain! Sheffield United defender Jack O’Connell took a different route to the top and hails his football education in Malaga as a crucial step on his path to the Premier League

In 2018, Sportsmail’s Secret Scout filed his report on Jack O’Connell… ’Fast on his way to becoming a top Championship player. Value: £2m’.

‘Yeah, I saw that,’ says the Sheffield United defender, a chuckle betraying his amusement. ‘I’ve always had to prove people wrong, there’s always been questions marks, no matter what level I’ve been at. But whenever they’ve said, “It’s time to step up”, I have.’

Our scout’s observations were actually very complimentary, even if a zero was missing from what would be a conservative estimate of the centre-back’s current valuation. 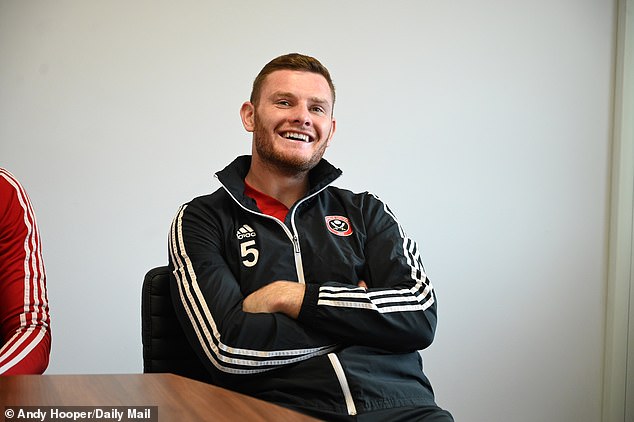 There is talk of an England call-up and, when Blades boss Chris Wilder speaks about the club being vulnerable to offers for their star players, he has the likes of O’Connell in mind.

His journey to the Premier League should serve as inspiration for any teenager struggling to make their way in the game.

At 17, O’Connell was at sixth-form in Liverpool, training alone at 6am and again after school, all the while juggling a new relationship with class-mate and future England international Alex Greenwood, the girlfriend with whom he now lives.

On a Saturday morning he would play for Litherland Remyca’s youth team and, after lunch, turned out for the seniors in the ninth tier. He played on a Sunday morning, too. 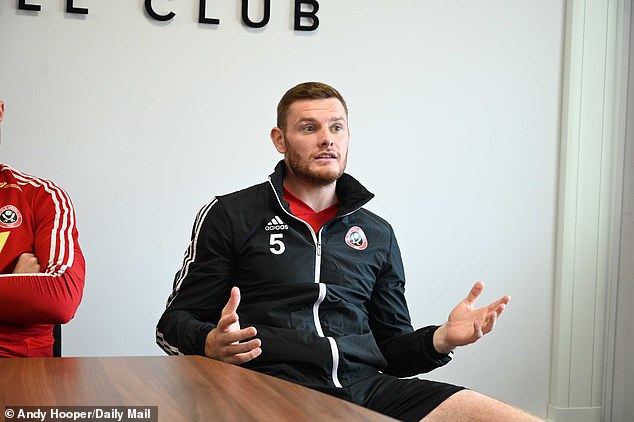 He reveals now that a soccer scholarship in America was an option, as well as the army or even following one of his three brothers into the RAF.

‘I wasn’t a superstar as a kid, I was never the stand-out player. I was training and playing all day, every day because I thought, “I’ve got to do this just to keep up”.

As O’Connell prepared for his final year at school, a trial at Blackburn saw him offered an academy contract, and with it belief. Loan spells at League Two Rotherham, York and Rochdale followed. Then, a £200k move to Brentford, where he played more for the reserves than first-team. 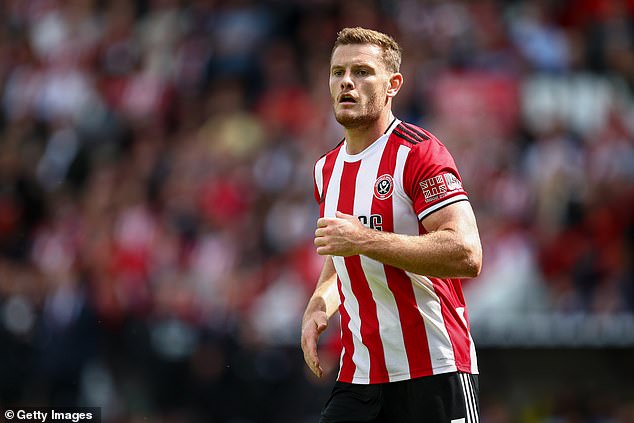 ‘Hand on heart, not once did I think, “This is me, a lower-league footballer forever”. I always knew I’d play in the Premier League.’

Not that the top-flight beckoned when Wilder made him one of his first signings at Bramall Lane in the summer of 2016.

After four games and one point the Blades were bottom of League One, losing 2-1 at Millwall with O’Connell’s handball conceding an 89th-minute penalty. ‘I’m still convinced I was pushed in the back!’

He takes up the story, as the team bus crawled away from South London.

’All of a sudden the gaffer told the driver to stop outside an off-license. He gave Billy Sharp a hundred quid and said, “Go and get some bevies”.

‘I’d never seen a manager do that, especially after a defeat. He said, “We’re in this together, let’s get out of it together”. And we did, we were promoted that season. So yeah, my handball was the turning point!’

‘I was only nine when my mum said we’re moving to Malaga,’ begins O’Connell. ‘I was like, “No way, I don’t want to go, I’ve got all my mates here, and what about my football?”.’

Four years later, and with O’Connell fluent in Spanish and converted from left-winger to ball-playing midfielder, his mum, Sharon – who raised the boys alone – decided it was time to return to Merseyside.

It was, admits O’Connell, an experience that changed him as a person and player.

‘I walked into a Spanish state school on my first day and it is still the most nervous I’ve ever been in my life.’

He was less intimidated on the football pitch, where the English new boy they called ‘Guiri’ – a Spanish slur for ‘foreigner’ – impressed his Atletico Benamiel team-mates with a goal from halfway on his debut. 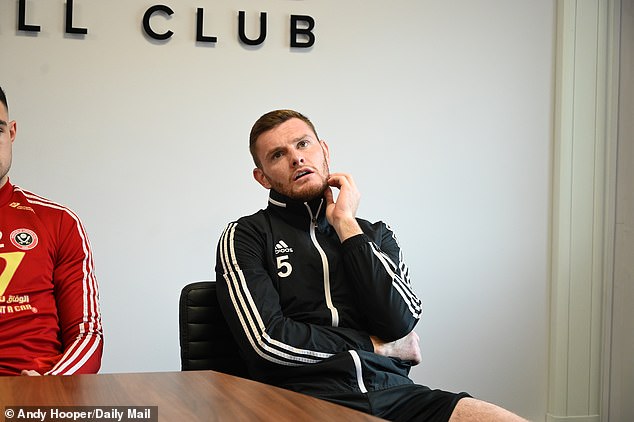 When he was nine O’Connell moved to Spain, which was useful for developing his technique

‘Without Spain I wouldn’t be the player I am today. In Liverpool it was all about how fast you could run, how far you could kick it and how hard you could tackle.

‘In Spain, it was the complete opposite. I played centre-mid and it was about keeping the ball, thinking about tactics.

‘We trained three times a week, had our own stadium, bus and tracksuits. We even ate fruit! It was very professional. There weren’t many grass pitches so you couldn’t slide tackle, it was much more technical.’

If that explains O’Connell’s ease on the ball, his stamina can perhaps be attributed to a marathon-running mum.

‘We didn’t have a dad so, when Mum went running, we all had to follow on our bikes. We used to do a 10-mile ride every night – that keeps you fit!’ 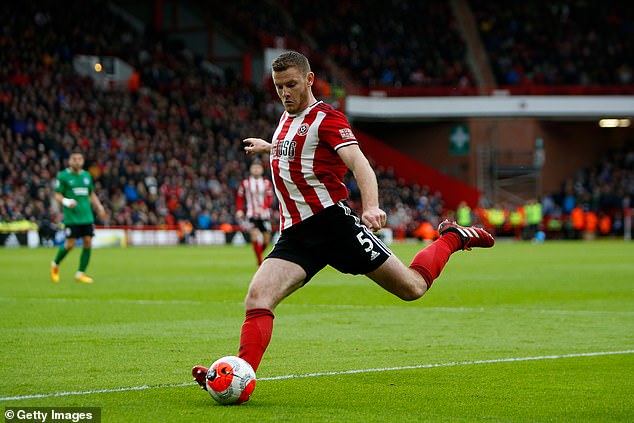 There were season-tickets at Malaga, too, where the pre-match ritual was a game of pool, singing football songs on the bus and a kickabout in the street outside La Rosaleda Stadium.

‘I remember the Real Madrid game when Michael Owen scored and my mum jumped up and celebrated – all the Malaga fans were screaming at her!

‘But I loved it, the whole experience has massively shaped me.’

Watch O’Connell play and you understand how, as he morphs from rugged stopper to graceful winger as one of Wilder’s ‘overlapping centre-backs’.

So how did that tactic come about?

‘It wasn’t as bold as, “Jack, you’re centre-back, but can you also play left-wing?”. When the gaffer saw me and Bash (Chris Basham) getting forward he thought it was something we could do and encouraged it more.

‘Four years later and teams still don’t know how to stop us! It’s strange, but I would hate to play against it, your head would be all over the place.’

It had – before two defeats in the past week – helped take the Blades to the brink of Europe. One of those losses, at Leicester, saw Wilder publicly tear into his players. 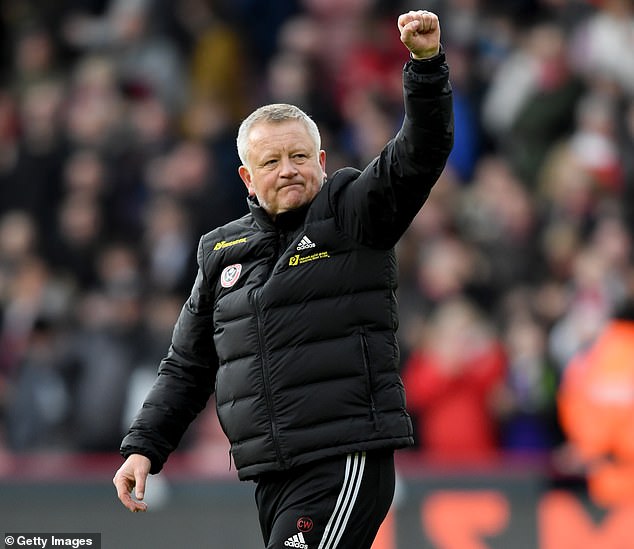 How was he in the dressing-room?

‘Worse!’ says O’Connell. ‘But he was right. We like that, you’re thinking, “That’s fair enough”. We knew it was unacceptable.

‘You’d run through a brick wall for him. He’s been the same for four years, and the lads buy into that. We look after each other. There are no superstars or egos.

‘Because of him we’ve never doubted ourselves. We were told you can’t play overlapping centre-backs in the Championship, don’t forget. Everyone keeps writing us off and we keep proving them wrong.’

He wants to prove something to his girlfriend, too.

‘She sometimes reminds me that she’s an England international… it would be nice if we both had that,’ he says. 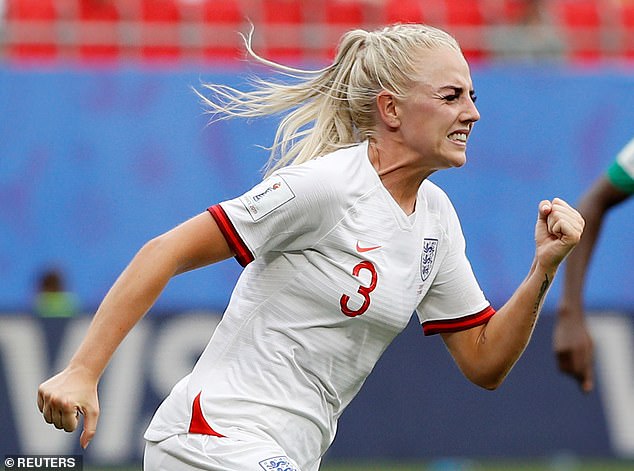 ‘We’ve got the Teqball (football table tennis) in the garden and played every day. And no, she didn’t beat me once.

‘But she’s got a wand of a left foot. She always says I can’t cross the ball like her. Sadly, the garden isn’t big enough for her to teach me how to cross!’

Boxing was also part of the couple’s lockdown regime – ‘She’s handy, she’s got a bit,’ says O’Connell – while he also completed his degree in sports science, graduating this month.

‘I’ve told our fitness guys I’ll be taking their job when I retire!’

But such thoughts are a long way off. O’Connell is only halfway through a journey that has taken him from Sunday League to Premier League and hopefully beyond.