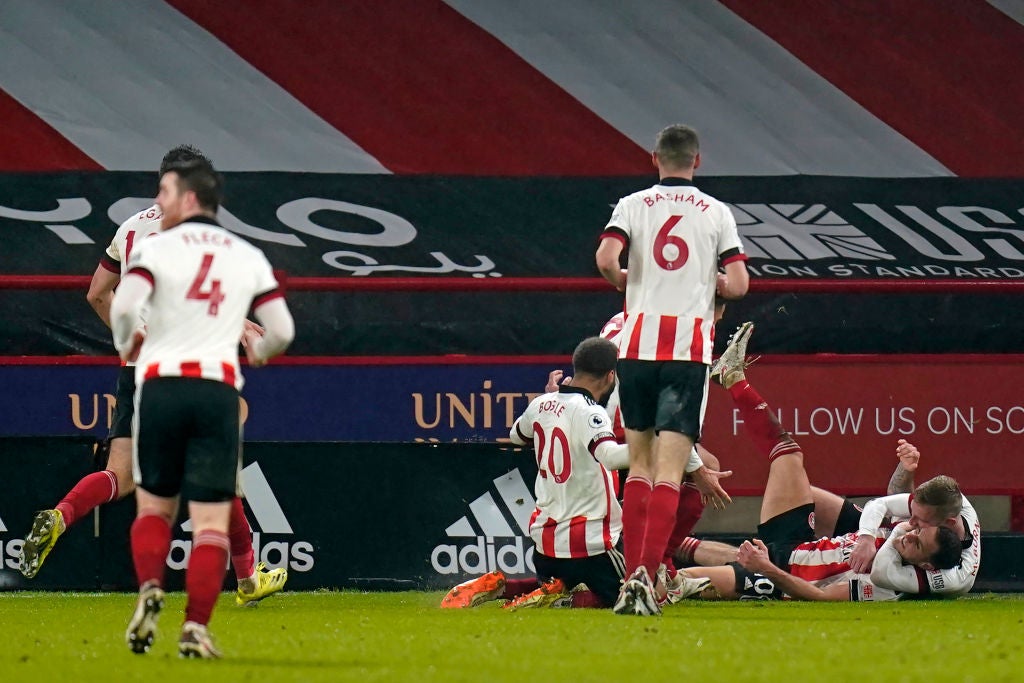 And within 10 minutes of the restart, the Blades were level. Sharp’s cross caused confusion inside the penalty area and Chris Basham did well to protect the ball and lay it off to Bogle, who drilled home a shot from 12 yards out to beat Johnstone at his near post.

The Blades’ tails were up and they laid siege to their opponent’s goal. McBurnie saw an effort bravely blocked before John Fleck stung the palms of Johnstone.

However, it needed a superb save from Ramsdale at the other end following a rare West Brom attack to keep the hosts level. Phillips’ cross was met by Robinson’s perfectly-timed run and he looked certain to score sliding in inside the six-yard box, only for the ball to hit Ramsdale.

It proved pivotal as Sharp put the Blades in front soon afterwards. Basham’s cross from the right was kept alive in the penalty area by a strong challenge from John Egan and the ball fell to the captain who drilled a shot beneath the goalkeeper from 10 yards out.

Wilder’s team saw out the remainder of the match largely untroubled for what could still prove to be a priceless victory.