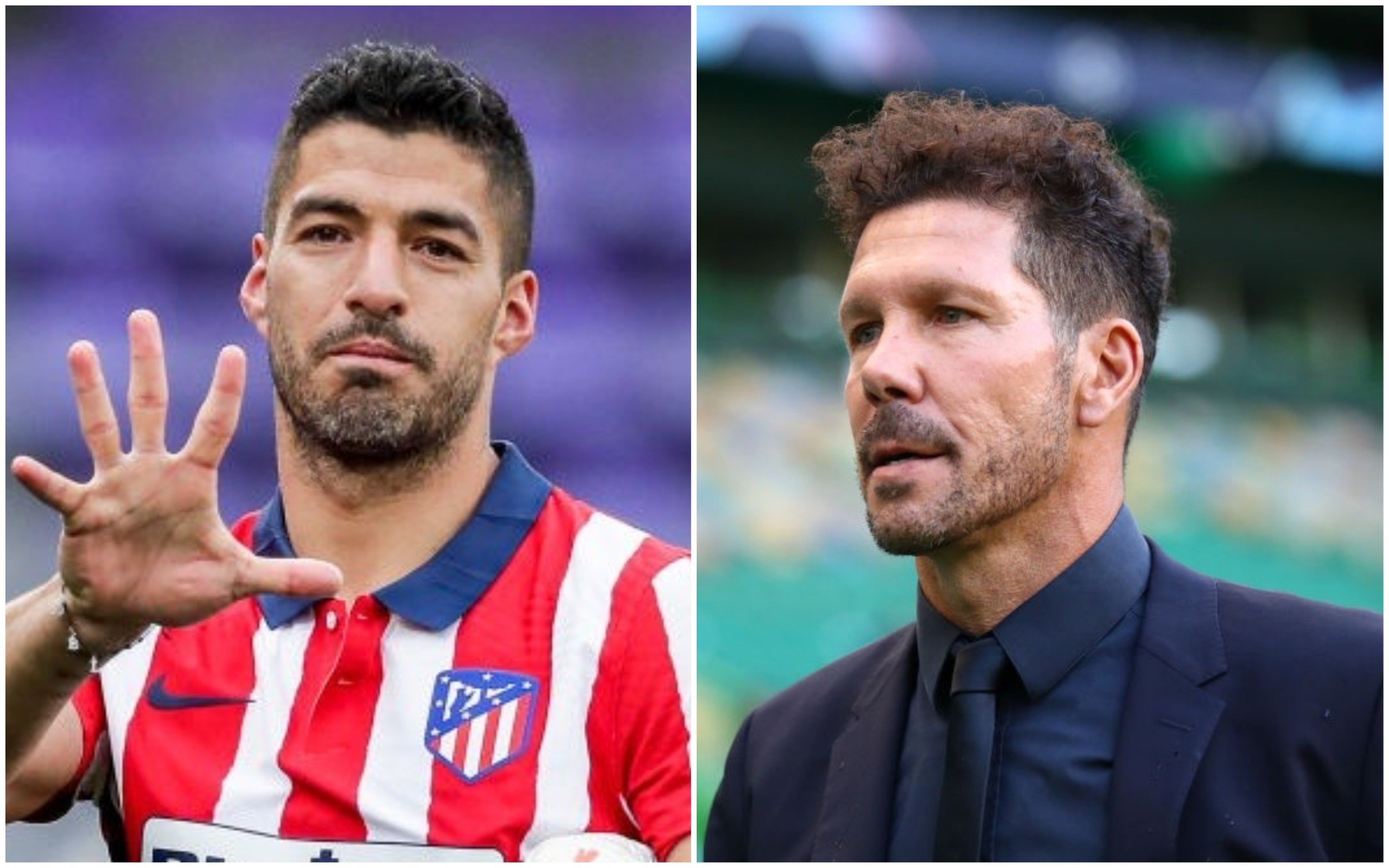 Diego Simeone admits he could not believe Barcelona were willing to sell Luis Suarez and says he immediately called the striker to convince him to join Atletico Madrid.

Atletico clinched the La Liga title on the final day of the season on Saturday, with Suarez’s goal sealing the vital 2-1 victory over Real Valladolid.

Barcelona made the surprise decision to offload Suarez last summer, while the Uruguayan was reduced to tears in his farewell speech to teammates and supporters.

Suarez had played a key role in Barcelona’s recent success, scoring 198 goals in 283 games across his six-year stay at the Nou Camp.

And Simeone admits he was stunned when Atletico’s hierarchy contacted him to reveal Barcelona were offering the chance to sign Suarez.

‘I was very happy from the first day I spoke with him, I had already spoken with him when he was at Liverpool, in an effort for him to sign with us but he chose Barcelona.

‘And when the possibility [for Atletico to sign him] appeared, the club called me and said, ‘what do you think about the possibility of Luis Suarez coming?’ and I replied, ‘are you serious?’ Don’t ask me, let’s go for it, let me talk to him’.

‘When I spoke to him, the first thing I said to him was, ‘look Luis, we need to win, and you want to win, the door is open’.

‘There are players who are chosen with the magic wand, like Suarez, he is a winner. He came with all the questions about his departure at Barcelona and arrived with a rebellion of a 20-year-old boy, with an enthusiasm, wanting to show that he was in force.

‘And when a guy, who is used to winning, joins a team that needs to win, I said, ‘this year he can paint well’.’