Inter Milan could be forced to sell a number of their best players this summer to save their financial situation, prompting Antonio Conte to walk out on the Serie A champions just days after celebrating winning the title. Here are just six of those who could be sold this summer.

Conte led Inter to their first league title since 2010, finishing 12 points clear of their nearest rival in Serie A.

However, Chinese owners Suning and president Steven Zhang have instructed San Siro bosses to slash the wage budget by 20 per cent and raise £86.5m in player sales this summer.

This has led Conte to the brink of leaving the club, according to La Gazzetta dello Sport, with an announcement expected in the next 48 hours, with a mass exodus expected to follow.

Here are just six Inter players who could be on the chopping block as the Italian side look to salvage their club from financial ruin. 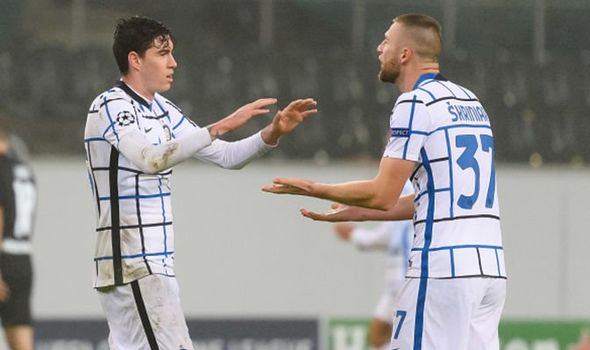 Highly promising defender Alessandro Bastoni could be one of those cashed in on, despite the 22-year-old making 41 appearances across all competitions last season.

Manchester City could take advantage of Inter’s financial situation, with Corriere dello Sport reporting that Pep Guardiola would ‘do anything’ to bring Bastoni to City this summer because he has been ‘seduced’ by his ability to play out from the back.

Milan Skriniar has long been linked with a move to the Premier League, but Inter have been reluctant to let him go due to his importance to the team.

However, the Slovakia international could finally be on the move this summer owing to Inter’s situation, with Manchester United, Tottenham and Chelsea all still actively linked with the 26-year-old. 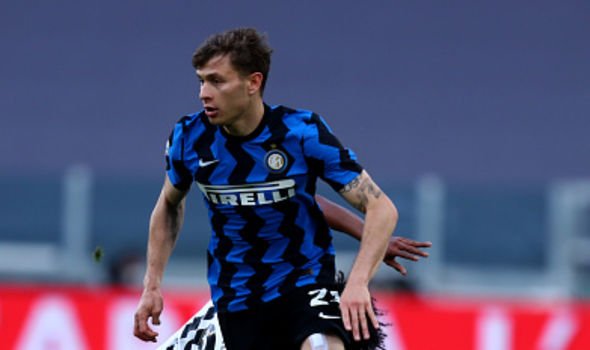 After a stellar first season at the San Siro, Hakimi has been linked with moves to Bayern Munich and Arsenal.

The Moroccan cost £36m last summer from Real Madrid, but after impressing in Serie A last term, his stock has arguably risen, making him a big-money option for Inter to raise funds.

Italian box-to-box workhorse Nicolo Barella could be another to make way for mega bucks, with interest coming in from across the continent.

Italian outlet Leggo (via the Sun) claim Chelsea have made “advances” for the £60m-rated midfielder, while Liverpool, Tottenham, Bayern Munich and Atletico Madrid are also credited with interest. 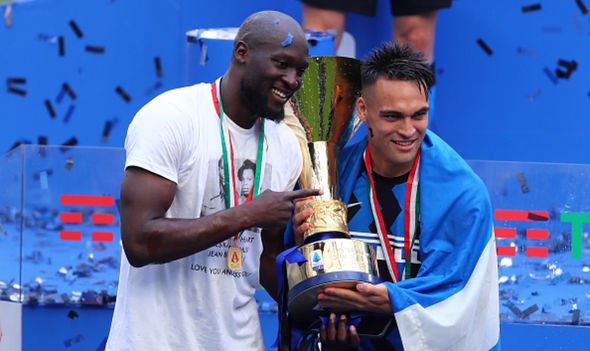 Lukaku had arguably the best season of his career in helping Inter to the title last season, scoring 30 goals in all competitions.

But as no doubt one of the club’s biggest earners and a huge £90m price tag on his head, selling the Belgian would go a long way to easing the club’s financial problems, with a shock return to Chelsea strongly mooted.

If Inter don’t want to let go of Lukaku, Lautaro Martinez is another option for Inter to make money from their forwards.

The Argentine is wanted by Real and Atletico Madrid, according to a report by Spanish publication Marca, and his agent is said to have met with both La Liga sides to discuss the possibility of a move.