“When you think about the future without Arsenal in a European competition, it doesn’t feel right,” said Bernd Leno ahead of Thursday’s Europa League quarter-final against Slavia Prague.

There are plenty who would agree with him – Arsenal have not failed to qualify for Europe since the 1994/95 campaign – but that future could become their reality if they cannot find a way past the Czech champions at the Sinobo Stadium.

Winning the competition is now Arsenal’s only realistic route into the Champions League and their current Premier League standing means even the Europa League may prove beyond them otherwise.

Arsenal sit ninth in the table with seven games remaining, 10 points away from the Champions League spots and seven points off sixth, the likely cut-off to clinch a spot in Europe’s secondary competition.

A season without European football would have significant financial ramifications for Arsenal in an already difficult climate and those circumstances only add to the significance of what transpires in Prague on Thursday night.

The Gunners were poised to take a one-goal advantage into the second leg when Nicolas Pepe made the late breakthrough at the Emirates Stadium last week but Tomas Holes’ last-gasp equaliser was a sucker-punch which changed the complexion of the tie.

Arsenal now head into the return leg trailing on away goals against a side who are unbeaten domestically this season and have already knocked Leicester and Rangers out of Europe.

The Gunners remain favourites, of course, but it is suddenly a far trickier proposition than it should be and the spotlight is firmly on Mikel Arteta as they attempt to navigate it successfully.

The manager drew criticism for some of his decisions in the first leg as Arsenal pressed the self-destruct button yet again.

Most notably, there were the calls to start Alexandre Lacazette up front in place of Pierre-Emerick Aubameyang and the under-performing Willian in favour of Nicolas Pepe or Gabriel Martinelli.

Lacazette endured a dismal night in front of goal, failing to convert a routine one-on-one opportunity in the second half, while Willian was similarly ineffective.

Substitutes Pepe and Aubameyang combined for Arsenal’s goal but their impact left supporters wondering why it took so long for Arteta to introduce them. Despite the game being goalless, neither player made it off the bench until the 78th minute.

Sunday’s much-needed 3-0 win over Sheffield United, during which Lacazette scored twice, may influence his selection on Thursday. There are also fitness issues to take into account. But what is certain is that Arteta cannot afford to make the same mistakes again.

It is down to him to send out the players most capable of securing the right result – and it is his responsibility, too, to act more decisively if the game is not going Arsenal’s way.

A failure to do that could leave him with big questions to answer – and leave Arsenal staring at a first season out of Europe in 26 years. It is something they would rather not even have to contemplate. 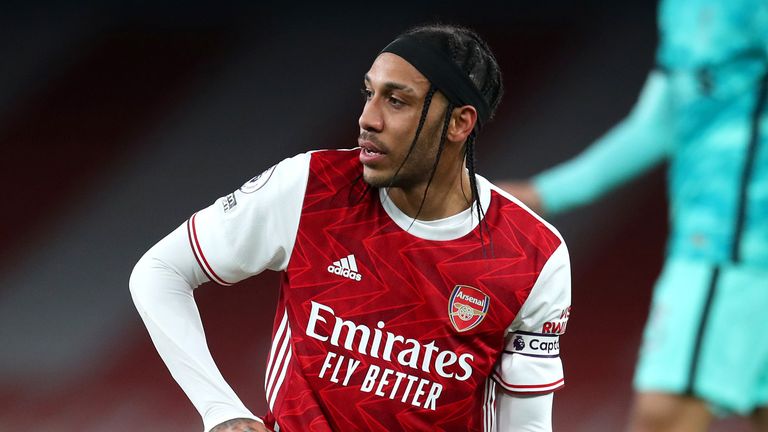 A decision on Aubameyang will be taken out of Arteta’s hands if he remains unavailable for selection. The captain missed Sunday’s clash with Sheffield United due to illness and the Gunners boss has said he is not yet sure whether he will be able to feature in Prague.

Arsenal have received a boost with news that youngsters Bukayo Saka and Emile Smith Rowe have been passed fit to play, but Martin Odegaard is also a doubt.

The on-loan midfielder has been absent for Arsenal’s last two games due to an ankle problem and, like Aubameyang he is being assessed ahead of Thursday’s game.

With Arsenal needing goals to go through, Arteta will hope to have as many of his attacking players available as possible.

Slavia Prague, meanwhile, will be without defender Ondrej Kudela, who has been banned for 10 games for ‘racist behaviour’ towards Rangers’ Glen Kamara. 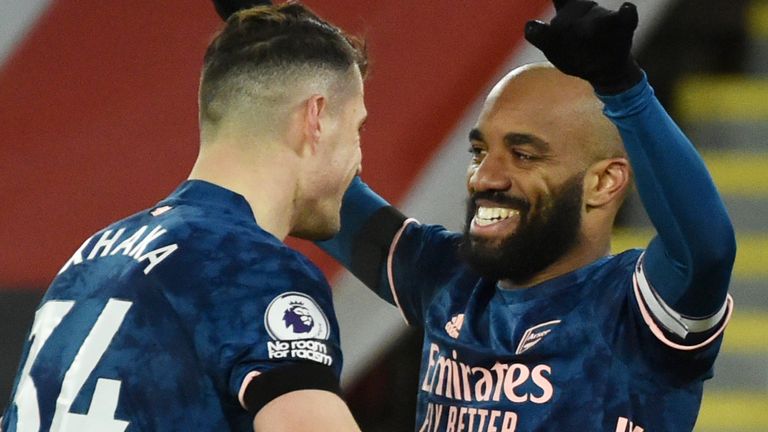 Arteta also has a decision to make at left-back. The Gunners are without Kieran Tierney after the Scotland international suffered knee ligament damage in the recent defeat to Liverpool.

Cedric Soares was the favoured replacement in last week’s first leg but the 29-year-old, a natural right-back, was partly culpable for the late equaliser after his pass landed Gabriel Magalhaes in trouble.

Saka is an alternative option having played at left-back during his Arsenal breakthrough but Arteta favoured Granit Xhaka against Sheffield United and could be tempted to use him there again.

“Obviously not having Kieran, it was a big hit because of what he produces and how important he is on the team,” explained Arteta in his pre-match press conference.

“Now we have to find different ways and the good thing with Granit is that he can play in two or three different positions.

“I can see him still playing as a centre-back when it’s needed because of his discipline, his commitment and his qualities and he did a good job in a different game, for the way Sheffield were set up.

Arteta: Big players must step up

Arteta has called on Arsenal’s big players to step up to help Arsenal book their place in the last four.

“We’ve shown that in big games, big players have to step in and create the magic moments and you need that, so let’s hope that we can have them,” he said.

He also knows the importance of victory in Thursday’s game and admits he will ultimately be judged on results.

“The only tangible thing is results. Whether you’re doing a good job or not, to judge it externally is only going to be judged with results.

“Internally, you know what you are doing and you can have many different ways of judging that, but, at the end of the day, externally results are the only important thing to give the perception that we are moving forward in the right direction.”

Arteta denied the game was of particular significance to him and insisted Arsenal must show collective spirit.

“It’s very important for us and this is our club. There’s no individual interest, it’s all a collective interest that we want to do well in every competition.

“The game can put us in a position to go into the semi-final of a European competition. This is exactly where this club has to be and that’s why we have to do our best to earn that.” 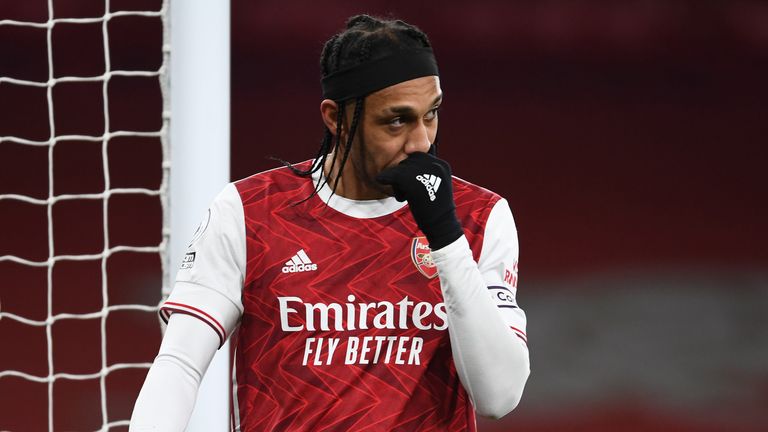 Soccer Saturday pundit Paul Merson feels Arteta must start Aubameyang if the striker is available – regardless of what’s going on behind the scenes.

“If I need to win a football match and I know I will get chances, I need my best goalscorer on the pitch,” he said.

“If he doesn’t bring anything else to the party, he will put the ball in the back of the net.

“And even if he is four yards out and he taps it in, that is what you call a good goal because no-one else is there to tap it in. He finds himself at the back post tapping them in and there is an art to that.

“So I take a chance, I have to play my star man – we only gave him a new contract last season, so what has changed?

“I like Lacazette, he is a good footballer, he holds the ball up and brings players into the game, he is decent.

“And I would play him up front alongside Aubameyang with three in attack with Saka or Nicolas Pepe and say to them, ‘just get us a goal, we will defend’ and they will cause havoc.

“They should cause havoc – they are all good players – and it is not like they are trying to improve them.”