Dean Henderson is champing at the bit to replace David de Gea as Manchester United’s No.1 as he prepares to take over in goal for Tuesday night’s FA Cup fifth-round tie at home to West Ham.

Henderson has played against Liverpool and Watford in the cup this season and was due to step in once again even before De Gea’s blunders in United’s 3-3 draw with Everton in the Premier League at the weekend.

However, the 23-year-old England keeper will sense his best opportunity yet to usurp De Gea since returning to United from two seasons on loan at Sheffield United after the Spaniard was criticised for failing to prevent Everton’s first and third goals. 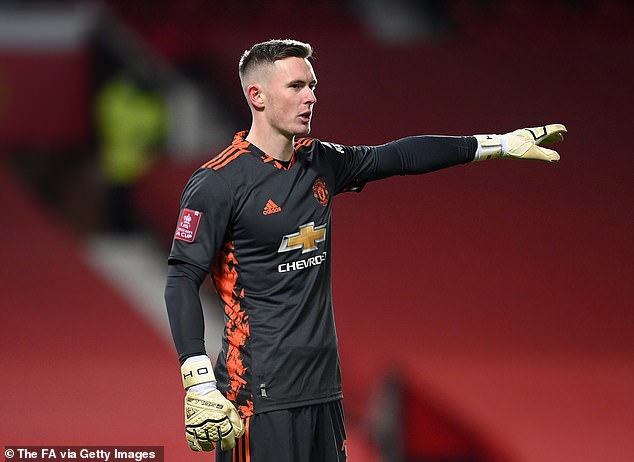 Henderson has made no secret of his determination to be first-choice at Old Trafford, and manager Ole Gunnar Solskjaer revealed that he is more impatient than ever to stake his claim after making 10 appearances so far this season.

‘He’s not the most patient guy,’ said the United boss, having warned De Gea that no-one’s place is safe.

‘He wants to play every game because he knows he will perform well, so long may it continue because he’s improved since he come here. 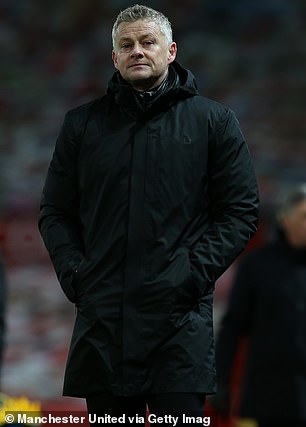 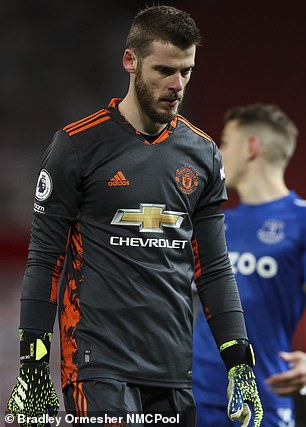 ‘He’s played well when he’s got the chance. For me, he’s developed his game. I know he’s not played as many games as he would have done (on loan) last season.

‘You see his improvement in every game when he plays and in training. He’s working hard on a couple of aspects that we’ve spoken about, and I’ve been impressed with his attitude and work-rate.’

Solskjaer admitted that his players are deflated after blowing their chance to temporarily go joint top with Manchester City who stretched their lead in the title race to five points with a game in hand following a comprehensive win at Liverpool on Sunday. 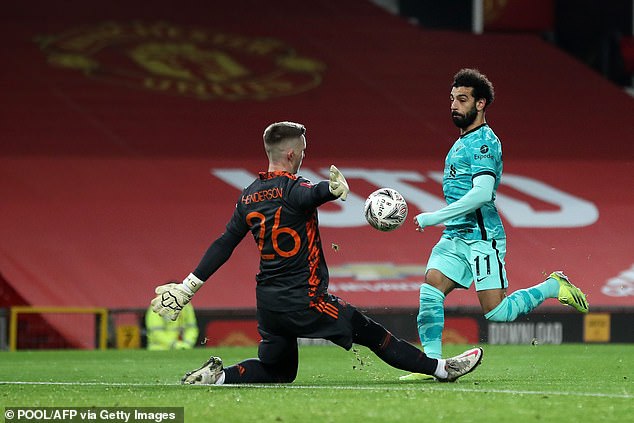 ‘They will have to be lifted,’ added Solskjaer. ‘But they’ve got the personality, attitude and character to lift themselves.

‘We’re not going to have time to dwell on it too much and show videos. There are details there that we have to improve, but there’s not going to be time enough on the training ground to work on it with the game already on Tuesday.’

United’s three semi-final defeats last season included losing to Chelsea in the FA Cup, and Solskjaer re-iterated the importance of winning his first trophy in charge at Old Trafford.

‘A trophy is always what you’re aiming for,’ he said. ‘You want to win every single competition – FA Cup, Europa League, every game you play in the Premier League.

‘That’s the ultimate challenge and a test for a team: to go all the way. 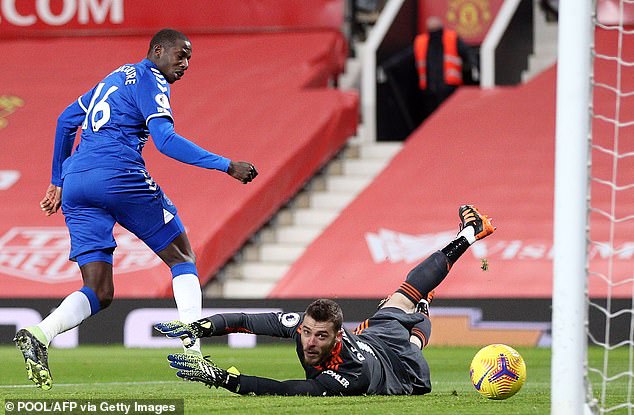 ‘We’ve improved. We’ve had a plan in place and I think the team is getting better and better.

‘It was disappointing to lose the semi-final last season. You want to go all the way and lift a trophy.

It’s not the be all and end all. That’s the bread and butter in the Premier League. But it’s a measure of how good a team is.

‘To get to a final sometimes you’re lucky with the draw. But to win a final, that’s the next step for us in the development of this team.’