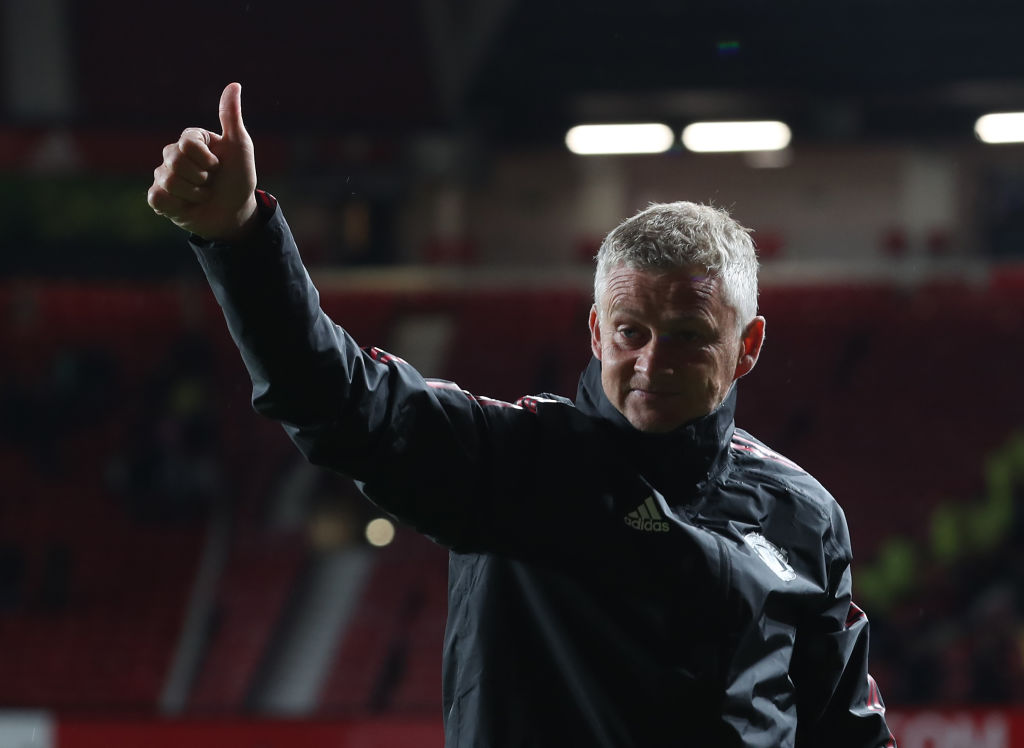 Manchester United manager Ole Gunnar Solskjaer has provided his first response to the announcement that Raphael Varane is set to join the club, teasing that he has a number of different ways of playing in mind with the arrival of the Frenchman.

The Red Devils announced on Tuesday that a deal has been agreed with Real Madrid for the 28-year-old, with just a medical to be completed.

The deal is thought to be worth an initial £34m, with add-ons taking it up to around £42m, with the centre-back signing a contract for four years and the club having an option to extend it by a further 12 months.

United drew 2-2 with Brentford in a pre-season friendly on Wednesday night and Solskjaer was asked about the imminent arrivals of Varane and the already secured signing of Jadon Sancho, both of which he is understandably thrilled about.

‘Of course, very happy that we’ve managed to get a deal with Real Madrid,’ Solskjaer said of Varane’s move. ‘Medical should hopefully be okay, he’s a proven winner, he’s a player we’ve followed for many, many years.

‘Sir Alex [Ferguson] was very close to signing him. This time around, we’ve got him at the other end of his career. He’s proved over his old career, what a good person he is, professional and he’s won what there is to win.

Reports have already emerged that Solskjaer is planning to switch to a formation with three centre-backs when Varane arrives, and the Norwegian has now hinted that could be the case.

He now just wants to get the final details done and to start work with his new signing as soon as possible.

‘From what I know, the club is working on the quickest possible solution to get everything sorted [for the medical]. I don’t know the timescale yet, there’s a visa coming into England now with Brexit and quarantining, everything has to be done as quickly as possible and by the book.

‘As I’ve said before, every manager would be happy the sooner and the earlier the deals are done. This year we’ve managed to get it sorted, the two we’ve got in will make a huge difference for us, both this season, short-term, but also long-term.’

Revelling in the added strength in depth he now has, Solskjaer has thanked the United board for backing him with quality signings, spending over £100m on Varane and Sancho.

‘Raphael is in his prime, he’s the same age as Harry [Maguire], a year older than Eric [Bailly] and a couple years older than Victor [Lindelof], so there I’ve got a fantastic group of centre-backs.

‘With Jadon, with the young forwards we’ve got, it’s exciting. As a manager, you can’t ask for more backing when you’ve got these two in as early as we have.

‘We’ve scrambled before towards end of the window and we’re in a good position. Pre-season is always difficult in a championship year, never mind in a pandemic, with quarantine and isolation.’

United play their next pre-season friendly on Saturday at Preston before a final contest before the Premier League starts on 7 August against Everton.

Varane will not feature on Saturday, but could pull on a United shirt for the first time in that friendly against the Toffees ahead of the season starting against Leeds on 14 August.