Ainsley Maitland-Niles could make the forbidden move across north London this summer, with Spurs interested in the Arsenal full-back.

The 22-year-old has been put up for sale against manager Mikel Arteta’s wishes, with the Gunners board desperate to collect funds for summer business elsewhere.

Maitland-Niles, traditionally a midfielder, began filling-in at right-back amid Hector Bellerin’s injury woes and has managed to impress in a variety of roles despite Arsenal’s struggles. 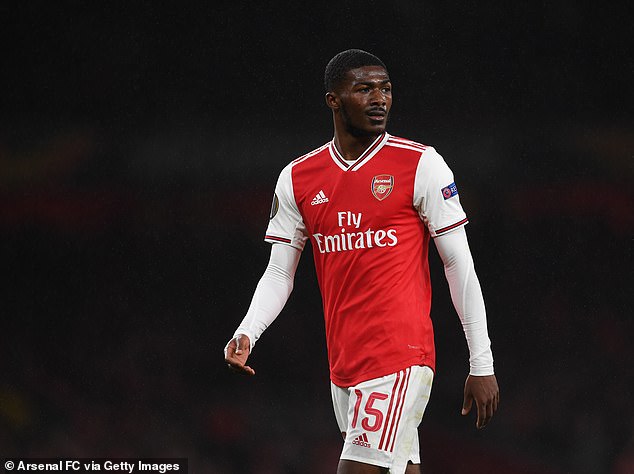 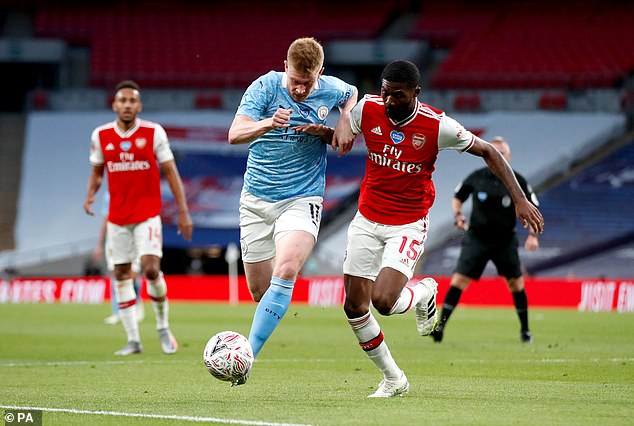 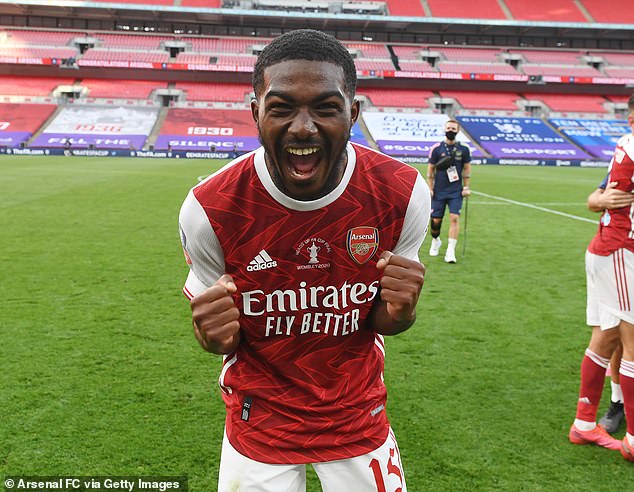 Maitland-Niles has shown strong flashes of his potential this year, including in the FA Cup final

However, his rise from the Gunners’ Hale End academy could come to an abrupt end this summer, with Tottenham the shock name amid a number of London clubs who the Sun report to have registered interest.

West Ham, Crystal Palace and Fulham are also queuing up for a bid, but a move to Jose Mourinho’s side would cause the biggest stir in the capital.

Arsenal are reportedly holding out for £30m for the player but could be forced to settle for £20m amid the costly coronavirus pandemic. 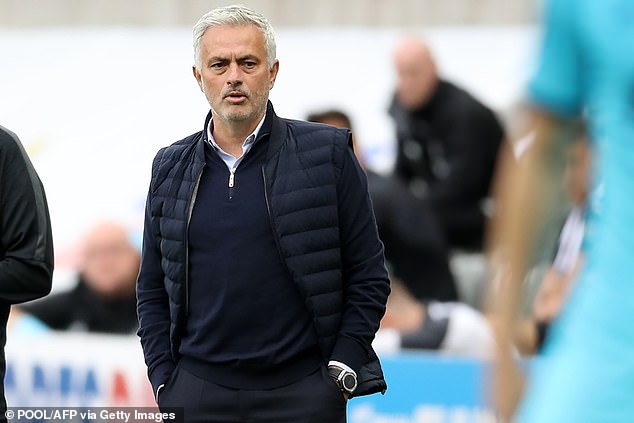 Arteta is gearing up for a £100m spending spree on Thomas Partey, Gabriel Magalhaes and making Dani Ceballos’ loan permanent, continuing his Gunners rebuild after recording the club’s lowest league finish (8th) since 1995.

The Spaniard has been able to start the summer break on a high after lifting the FA Cup – beating their other London rivals, Chelsea, 2-1 at Wembley.

Maitland-Niles played the full 90 minutes of the triumph, displaying his versatility by playing at left-wing-back in Arteta’s 3-4-3 formation.